The coronavirus crisis has turned the country upside down and forced millions of Americans into unemployment. Thankfully, the Internal Revenue Service (IRS) has done its part to make the process of filing and paying taxes a lot easier on the public. Here's an overview of how the agency has eased the burden on taxpayers during the pandemic.

Normally, taxes are due on April 15 every year unless that day falls on a weekend or holiday. In that case, the deadline is pushed back by a day or so. This year, the IRS gave filers an extra three months to not only file their tax returns, but also submit any payments related to them. 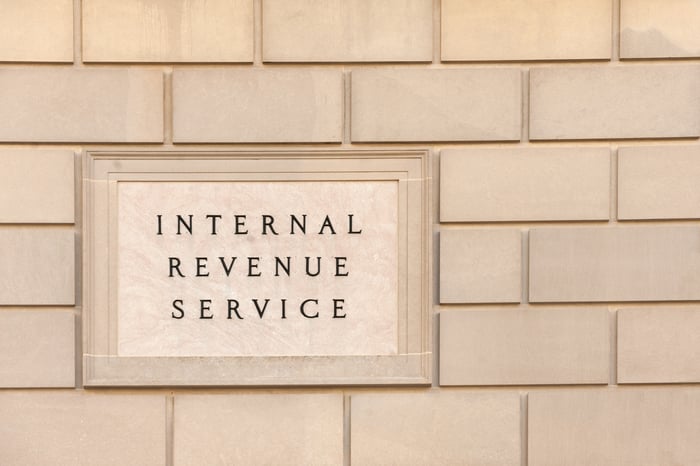 Delaying the 2020 tax deadline to July 15 was an act of goodwill on the part of the IRS. When the coronavirus outbreak really exploded in mid-March, countless Americans were scrambling to buy food and keep safe, and many didn't have the capacity to tend to their taxes. The fact that Americans were also given until July 15 to pay their 2019 taxes was helpful, given the immediate financial impact of the pandemic.

One drawback of a delayed tax-filing deadline, however, was that many people who were owed money didn't submit their returns until July 15. As such, a large number of financially desperate Americans held up their own refunds and let the government hang onto their money for longer than necessary.

Thankfully, the IRS stepped up in this regard by offering to pay interest on delayed tax refunds. Normally, the agency is not liable for interest on refunds when they're issued within 45 days of either the tax-filing deadline or the date a return is actually filed -- whichever comes later. This year, however, the agency has been paying interest on tax refunds dating back to April 15, even for returns filed much later. In other words, a return due a refund submitted on July 15 was entitled to three months of interest.

The IRS has taken steps to make it a lot easier for filers who owe money on their 2019 taxes to repay that money. To be clear, the IRS already had options in place to help people manage a tax debt. For example, it's long been possible for filers to sign up for an installment agreement and pay a tax bill over time, rather than coming up with all of the money at once.

This year, however, the IRS's new Taxpayer Relief Initiative is making life even easier on those who owe money. For one thing, taxpayers who qualify for a short-term payment plan now have up to 180 days to settle their tax bills instead of the 120 they'd normally get. The IRS is also offering more flexibility to taxpayers who can't make their payments under a previously accepted offer in compromise (an arrangement wherein the IRS agrees to accept a lower amount than the actual tax bill owed).

The IRS will also automatically add certain new tax balances to existing installment agreements to streamline the repayment process. In other words, a filer with an agreement already in place from a previous tax year may have his or her 2019 tax debt tacked onto that agreement automatically. Finally, qualified taxpayers with existing direct-debit installment agreements may be able to use the agency's online payment-agreement system to propose lower monthly payments and change payment due dates to reflect their current financial circumstances.

The IRS doesn't exactly have a reputation of being a people-friendly agency, but this year, it's really stepped up to make life easier on taxpayers during the pandemic. And while we don't know what accommodations the IRS will put into place for 2021, it's fair to assume that if the health and economic crisis continues to rage on into the upcoming year, the agency will once again make adjustments to ease the burden on the taxpaying public.