Please ensure Javascript is enabled for purposes of website accessibility
Log In Help Join The Motley Fool
Free Article Join Over 1 Million Premium Members And Get More In-Depth Stock Guidance and Research
By Maurie Backman - Feb 7, 2021 at 7:18AM

Capital gains can cause a huge tax hassle. Here's an effective way to lower them.

Your goal as an investor should be to make money, and you can do that in a number of ways. You can buy stocks that pay dividends and pocket that cash, or you can sell stocks at a share price that's higher than what you paid and bank the difference.

When you sell stocks at a profit, the result is capital gains -- and the IRS is definitely going to want a piece of those. As such, while sitting on a massive gain is a good problem to have in theory, because it means you've made a killing on a stock you owned, it could also pose a problem from a tax perspective.

Thankfully, there's an effective solution to this problem: a tactic known as tax loss harvesting. And if you use it strategically, your enormous gain may not be such an issue after all. 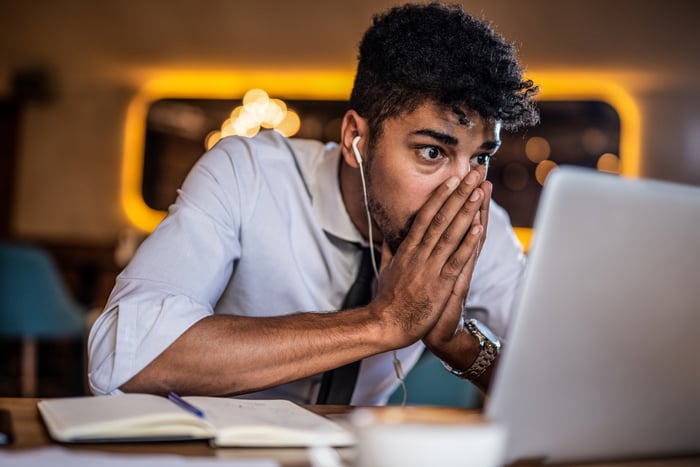 The extent to which you'll be hit with a whopping tax bill on your capital gains will depend on how long you held your stock before selling it. If you held it for a year or less, you'll be subject to short-term capital gains taxes, and those can be expensive because they're the same marginal tax rate you'll pay on ordinary income.

Now, let's talk about how to negate some or all of those gains. The solution is simple: Sell underperforming stocks in your portfolio at a loss. Capital losses can be used to offset capital gains, so if you take a $6,000 loss and are sitting on $10,000 in gains, you'll only be subject to taxes on the remaining $4,000.

Another thing you should know is that if you happen to have a major loss on your hands (enough to offset all of your capital gains and then some), you can use the remainder to offset up to $3,000 in ordinary income per tax year. And any remaining loss you have after that can be carried over to the next tax year.

Having a large gain on your hands could mean that you chose your stocks wisely and sold at the right time, but it could also spell trouble from a tax perspective. Selling other investments at a loss is a good way to cancel out what could otherwise be a giant tax bill.

And if you don't have any investments to unload at a loss, prepare to pay estimated quarterly taxes on your gain during the year. Doing so will help you avoid being penalized by the IRS for underpaying your taxes.