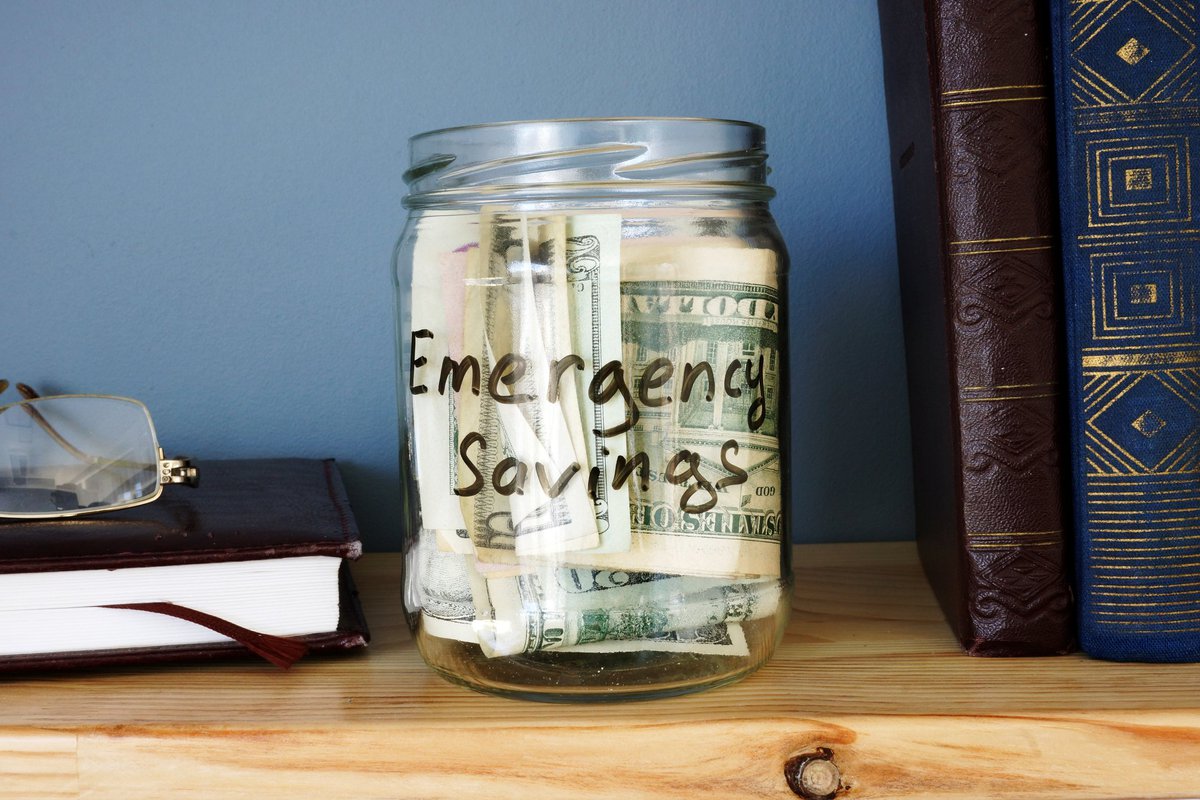 Just the other day, I was about to fill my tires with air, because my car indicated that their pressure was low. In the process, I discovered that they were completely shot. I had expected to get another year or two out of them, so I was unpleasantly surprised to learn that I'd instead be forking over $800 to have them replaced.

A few days later I had a dental issue that my insurance plan only partially covered, so I was forced to plunk down $200 in the interest of tooth preservation.

In the space of three days, I found myself on the hook for $1,000 in unplanned expenses. Thankfully, I had my emergency fund to fall back on, so rather than letting those expenses drive me into debt, I tapped my savings.

If you're not familiar with the emergency fund, it's basically a savings account that should, ideally, contain enough money to cover three to six months' worth of living expenses. Why that sum? Your emergency fund is your life preserver when an unanticipated bill lands in your lap, or when you lose a source of income due to illness or job loss. As such, you want that fund to be substantial.

At the same time, you don't want to overfund your emergency savings, either, because if you keep too much money in cash, you'll lose out on the opportunity to invest it and grow it into a larger sum. Your emergency fund needs to be tucked away in a regular bank account, where your principal isn't at risk of dropping unless you withdraw from it. But because you'll generally earn less interest from a savings account than from, say, a stock-heavy portfolio, it's important not to go overboard with emergency savings.

That said, there are three scenarios in which it pays to pad your emergency fund more than the average person. If any of these apply to you, you might consider socking away more than six months of living expenses.

1. Your income is variable

Salaried employees have a steady income. Freelancers and self-employed individuals, not so much. If your income varies significantly from month to month, then you might struggle to keep up with your bills now and then. In that case, it pays to have a heftier cushion in case your workload declines at the same time your car breaks down and your HVAC goes bust. Some extra savings may prevent a slow period from becoming a financial catastrophe.

2. You have major health issues

If you have a known medical problem, or a series of problems, then you're more likely to wind up at the doctor's office or the hospital than a typical American. The more you get sick, the more medical bills you'll rack up. Having a larger safety net will come in handy in the event that you're forced to visit the ER or undergo a procedure that eats up most of your earnings for a given month. Further, the more medical issues you have, the more likely you are to miss work and possibly go without pay, thereby compounding the problem. A larger emergency fund will help alleviate some of your financial concerns during periods when health problems prevent you from bringing home a paycheck.

3. You own multiple homes

Owning a home means facing a world of expenses in the form of upkeep and repairs. Therefore if you own more than one home, you'd be wise to put a little extra cash into your emergency fund. As expensive as it is to replace a single roof or air conditioning unit, imagine how costly it might be to have to do so twice in the same year for two different homes.

It doesn't hurt to go big

Most of the time, an emergency fund with three to six months' worth of living expenses will buy you the protection you need. But if any of the above situations apply to your life, you may want to aim for nine to 12 months of living costs instead. While you will lose out on some growth potential for that extra money, the peace of mind you'll get in return is more than worth that compromise.