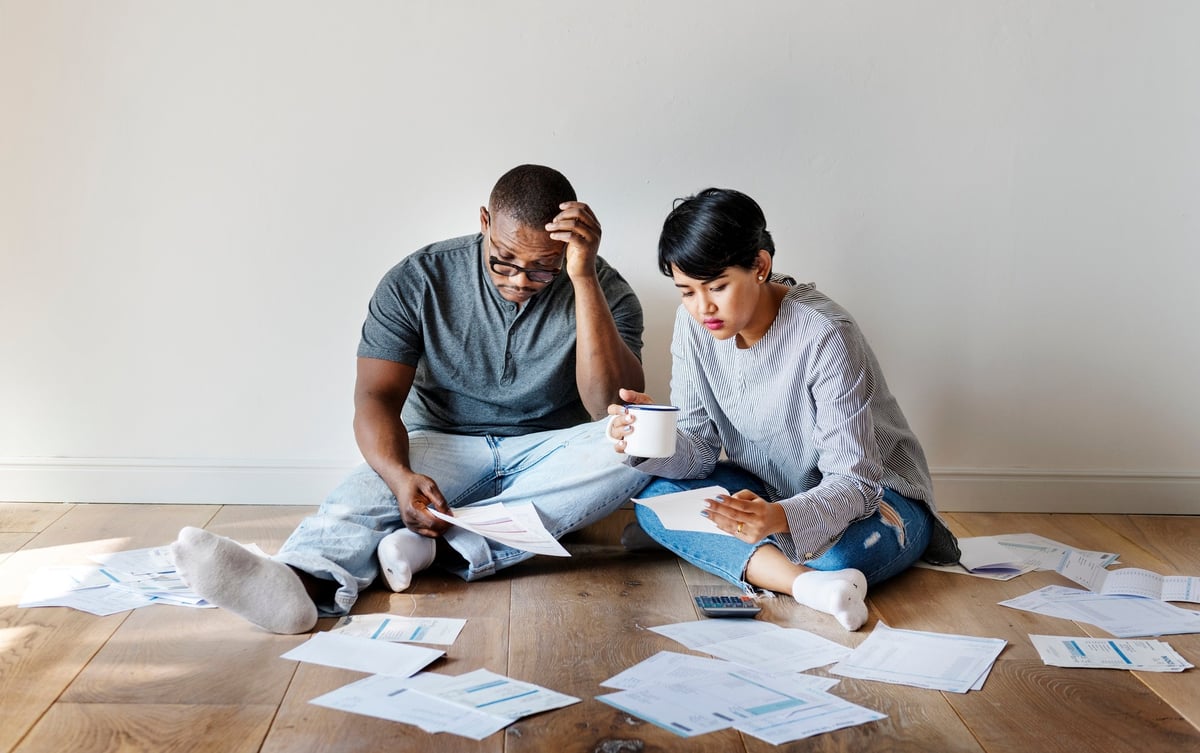 Are you stressed about the money you owe? Here's what you can do if you're among the majority of Americans who find their debt problematic.

Are you stressed about the money you owe? Here's what you can do if you're among the majority of Americans who find their debt problematic.

Being in debt is never fun, but for a lot of Americans, debt has a significant impact on their lives. In fact, 6 in 10 workers responding to a survey by the Employee Benefit Research Institute reported that their debt is a problem -- and nearly 1 in 5 indicated that it's a major problem.

It comes as no surprise that so many Americans find their debt to be problematic, especially when 7 in 10 survey respondents said that non-mortgage debt was affecting their retirement savings, while more than half indicated the money owed impacted either their ability to participate in employee benefits or even pay their bills.

If you're one of the majority of workers in the U.S. whose debt is causing stress or interfering with financial goals, there are ways to take control of your financial obligations -- and hopefully become debt-free ASAP.

Here are some of the steps that you may want to take if you find yourself in this difficult situation.

Debt can become a major financial obstacle if your interest rate or monthly payment is too high. High interest debt such as credit card debt is very costly to repay. And because so much money goes to interest instead of reducing principal, it can take decades to repay your cards if you're making only the minimum payments.

When your debt has high monthly payments, things can become even worse because so much of your monthly income may be taken up by payments that you're forced to continually borrow more, or cut corners, such as saving less for retirement.

Consolidation can help with both high monthly payments and high interest rates. If you're able to qualify for a personal loan at a good rate, you can consolidate your debt and substantially lower the interest you pay, both for each payment and in total.

If you have multiple creditors you owe and/or your debt is currently at a high rate, consolidation should be one of the first steps you take when dealing with debt.

Paying off debt ASAP is also important because the sooner your debt is gone, the sooner you'll be free from financial stress and have more money to do other things.

For many people, it's worth living on a tight budget while you work on debt repayment so you'll have more flexibility later. If you can live very frugally for a few years to become debt-free, your short-term sacrifice will yield major long-term benefits.

To make sure you're paying as much toward your debt as possible, track your spending for about 30 days. Look for ways to reduce the money you're spending and create a budget that puts as much cash as possible toward repaying what you owe. You should aim to pay much more than the minimum amount so that you pay down the principal faster.

Once you've budgeted extra to pay toward your debt, you need to decide what to do with the extra money. Rather than paying a little bit extra each month to all the creditors you owe, concentrate on paying one debt off first while continuing to make minimum payments to others.

The smartest choice is to pay off your debt that's at the higher interest rate first. After all, this debt is costing you the most. Some people find it easier to stay motivated if they focus on paying off the smallest debt first because they can retire that debt quickly and move onto the next one. But this will cost you more in the long-term if the debt with the lowest balance has a lower rate than some of your larger loans.

There are also some debts it may not make sense to pay off early, including a mortgage. Mortgage interest rates arestud usually pretty low and, depending on your situation, you may also be able to deduct interest.

Put extra cash toward your debt

Finally, send as much extra money as you can toward your debt while working on your payoff. You may want to work a side gig for a while to earn more money. And any bonuses, tax refunds, or cash gifts should also go toward debt repayment until you've gotten your debt under control and no longer see it as a problem or hindrance to your other financial goals.

Soon, debt won't be a problem

If you follow all these steps, hopefully you can pay off your consumer debt as soon as possible. You can join the small minority of Americans who don't feel that their debt is a problem, and whose debt doesn't interfere with their financial goals. Getting to this point will take some sacrifice, but your financial life will be a lot easier once you do -- you might even be able to build up your savings.