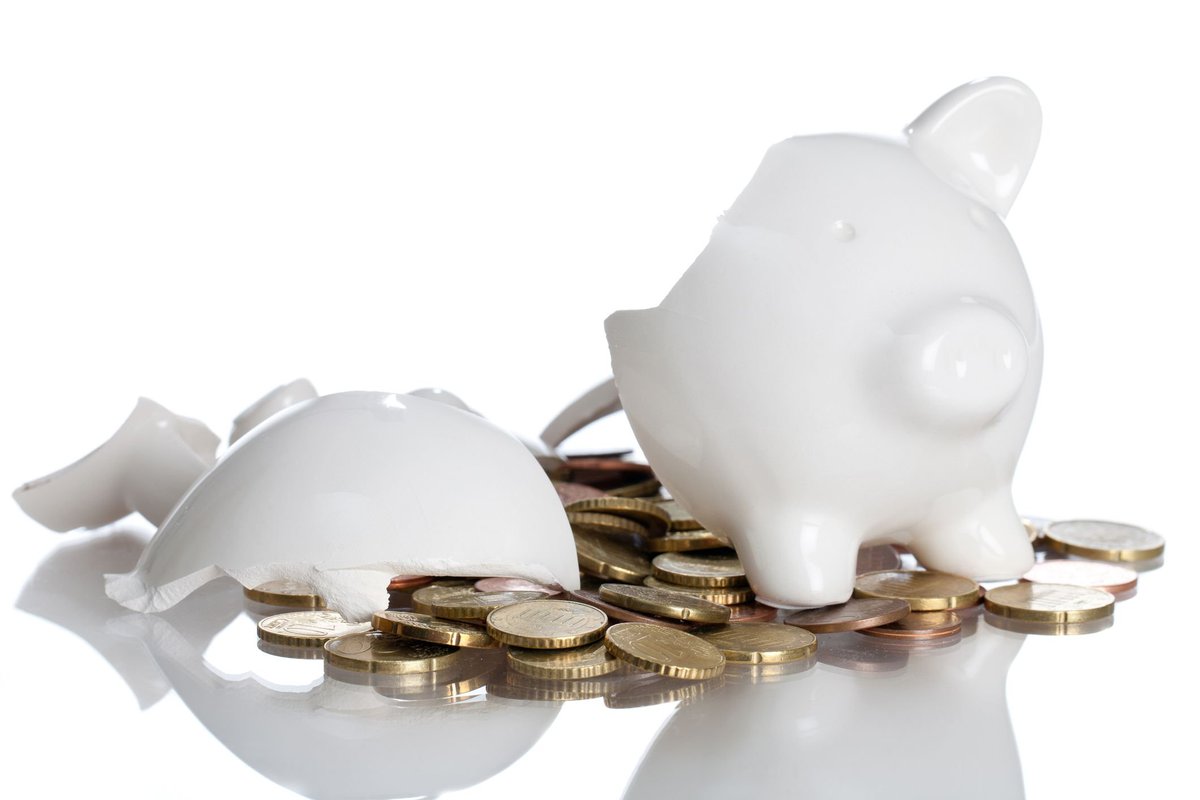 Gen Xers are making some big mistakes when it comes to their money. Here are seven of the errors they're making. Image source: Getty Images.

Gen Xers were born in the years 1965 to 1978. Sandwiched between baby boomers and millennials, Gen Xers don't get half the attention or news coverage of their older or younger cohorts. But, members of this generation are in a tough spot in a lot of ways as they struggle to support both aging parents and help a new generation of young people who face unprecedented financial struggles.

Unfortunately, the demands Gen Xers are facing on their finances have likely led to some big money mistakes that could pose problems for this generation. As data from the Transamerica Center for Retirement Studies shows, Gen Xers are making mistakes when it comes to retirement, debt, and more.

1. Aiming too low when it comes to retirement savings

Saving for a secure retirement is one of the most important steps on the path to financial security. Unfortunately, Gen Xers are aiming too low when making their retirement plans. The median that members of Generation X think they'll need to save is just $500,000.

Sadly, $500,000 just isn't enough for most retirees -- especially when studies show a senior couple could need as much as $400,000 just to cover healthcare costs. It's best to aim high when setting your goals, as you're better off ending up with too much money than too little.

2. Contributing too little to retirement accounts

You'll start to quickly notice a trend in these mistakes, as many Gen Xers are falling short in a number of ways when it comes to retirement.

The good news is, around 85% of Gen Xers contribute to their company's retirement account -- but the bad news is, most are contributing far too little. In fact, the median retirement plan contribution for Gen Xers in 2017 was just 8% of income.

Contributions that are too low translate to account balances that are too low. Median retirement savings among Gen Xers in 2017 came in at just $72,000. Fidelity recommends workers have around three times their salary socked away by age 40, so many Gen Xers have quite a bit of catching up to do.

3. Taking money out of retirement accounts

Taking money out of a retirement account can be costly. If you make an early withdrawal, you'll pay a 10% penalty, plus taxes on the funds you've taken out. If you take a 401(k) loan, you could get hit with this penalty if you're unable to pay it back as planned or must leave your job and can't pay the loan back by the date taxes are due in the year you left work. Plus, the money will no longer be working to earn a return for you.

Gen Xers -- and everyone else -- should leave their invested cash in their retirement accounts to help secure their futures.

Approximately 56% of Gen Xers expect to retire after 65 or not at all. And, 54% also expect to work at least part-time in retirement. While this sounds good, many retirees end up forced out of the workforce much earlier because of health issues or involuntary unemployment.

If your retirement security hinges on you working well into your 60s and 70s, you may want to adjust your plans so you have enough money to sustain you if you're forced to leave the workforce earlier than anticipated.

5. Underestimating the impact of health issues in retirement

Just under a quarter or Generation Xers report being very concerned about health in old age, which is about the same number who said they're not too concerned or not concerned at all.

Nationwide also found as many as 1 in 3 retirees said health issues interfered with retirement, and 75% said their health issues started earlier than they had anticipated. Gen Xers can't continue to underestimate the likelihood of expensive medical issues as seniors -- they should be saving for healthcare now.

While many of the money mistakes being made center around retirement, far too many members of Generation X are also in other types of financial trouble. That's because an estimated 66% carry credit card debt, the TransAmerica Center found.

Carrying a credit card balance is really expensive if you don't pay your balance off in full each month. Getting that debt paid off as soon as possible and committing not to carry a balance on credit cards could free up some much-needed cash for Gen Xers to devote more to retirement savings.

7. Living without an emergency fund

Finally, Gen Xers are making another fundamental money mistake: failing to prepare in case of emergency. Almost 4 in 10 members of Gen X have less than $5,000 in emergency savings, while just over 1 in 5 have less than $1,000 saved.

If you don't have emergency savings, any financial setback could lead to a major money mess. You should aim to have three to six months of living expenses in your savings account. But if you can't quite hit this milestone, at least put aside something -- because emergencies are inevitable.

Avoiding these money mistakes can be a challenge. Committing to repaying debt, saving an emergency fund in a savings account, and saving more for retirement may sound difficult or even impossible. But, if you can get on a budget, use proven techniques to repay debt, and increase retirement investing a little bit over time, you can get into a much better financial position.