Can Financial Infidelity Be a Relationship Killer? 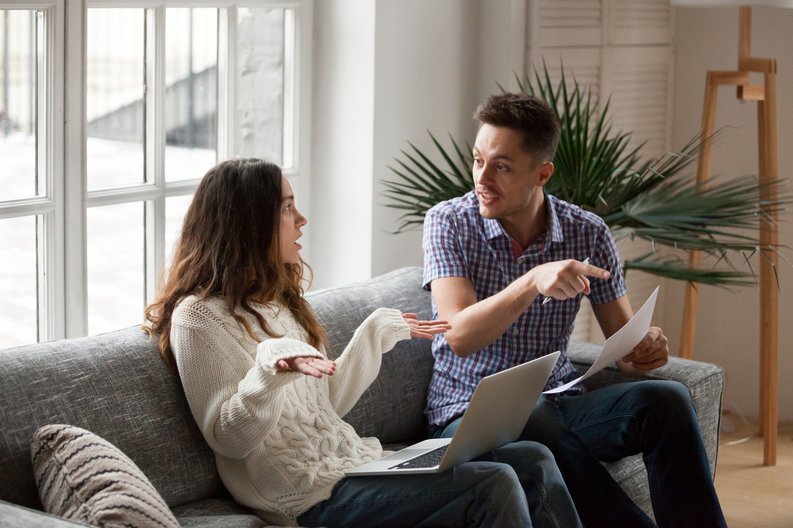 When people hear the word "infidelity," their first thought is usually a partner having a physical or emotional affair. And while that is one type of fidelity, there's another that can do just as much damage to a relationship.

It's called financial infidelity, which is any sort of deception between partners regarding money. As you'll find out, this issue is extremely common, and in many cases, it can even lead to a breakup.

How big of a problem is financial infidelity in a relationship?

To get an idea of how severe financial infidelity is, we asked people in serious relationships to rate it on a scale of one to five, with one signifying no problem and five indicating an extreme problem.

That puts each form of financial infidelity in the three (moderate problem) to four (severe problem) range. For comparison's sake, the two most severe issues were sexual infidelity and emotional abuse or manipulation, which each had an average score of 4.2.

So although it's not the most severe relationship challenge, financial infidelity is a serious problem that can harm or even end a relationship. Money issues are already a common source of strife for couples, so adding deception to the mix only compounds the issue. This is especially true if you and your significant other have combined finances with joint bank accounts or if you want to do so in the future.

Of course, the severity depends on the extent of the financial deception. While hiding any sort of debt is a problem, concealing $500 of credit card debt isn't on the same level as concealing $15,000.

The most common lies partners tell about money

Just how likely are couples to commit financial infidelity? In this case, there's some good news and some bad news.

The (somewhat) good news is that the most common form of financial infidelity among both genders was deception regarding purchases, which was also what they considered the least severe. The most common money lies, and the percentage of those in each gender that committed one, were:

Unfortunately, over 1 in 5 people had committed the most severe financial infidelity of lying about or hiding debt, as 22% of men and 24% of women had done this.

How to recover after financial infidelity

If you or your partner have committed financial infidelity, it doesn't need to be the end of your relationship, but you will need to take the right steps to fix things. Here's how you can do that:

You should talk together about what happened, and the person who committed the financial infidelity will need to disclose everything. Whether it was one hidden purchase or several secret credit cards, full disclosure is essential to start rebuilding trust.

Sometimes couples sweep money issues under the rug or adopt the mindset that "it's no big deal." This is the wrong attitude to have, because you can't correct a problem if you won't acknowledge its significance. The partner who committed the financial infidelity shouldn't try to minimize it, and the other partner shouldn't feel like they're exaggerating just because the issue is important to them.

3. Determine the underlying cause behind what happened.

Financial infidelity is just a symptom. There's always an underlying cause, and that's what you'll need to correct. Here are some common examples:

During your discussion, it will be important that you and your partner get to the bottom of why one of you was deceptive about money.

By the end of your discussion, you should both have an idea of how you're going to be more open with each other about money in the future. This will depend on the type of financial infidelity you're dealing with and the underlying cause.

If the problem involved purchases, you may just need to both agree that you'll get each other's opinions on spending choices in the future without either of you getting upset. If it was hidden debt, then you could elect to have weekly or monthly money talks where you discuss what's going on with your finances.

Avoiding financial infidelity in your relationship

Financial infidelity can put a significant strain on your relationship and lower the level of trust between you and your partner. For that reason, it's important that you are both comfortable discussing your financial goals and decisions with each other, so that neither of you will have a reason to lie or hide anything.