Here Are the Top 10 Purchases Men Hide From Their Partners

That could be why 67% of participants in our study on financial infidelity say they've never committed it, yet their answers tell a different story. According to the survey, 71% of participants have actually committed at least one act of financial infidelity, which can include anything from hiding a purchase or lying about a purchase price to hiding debt, assets, or earnings from a partner. 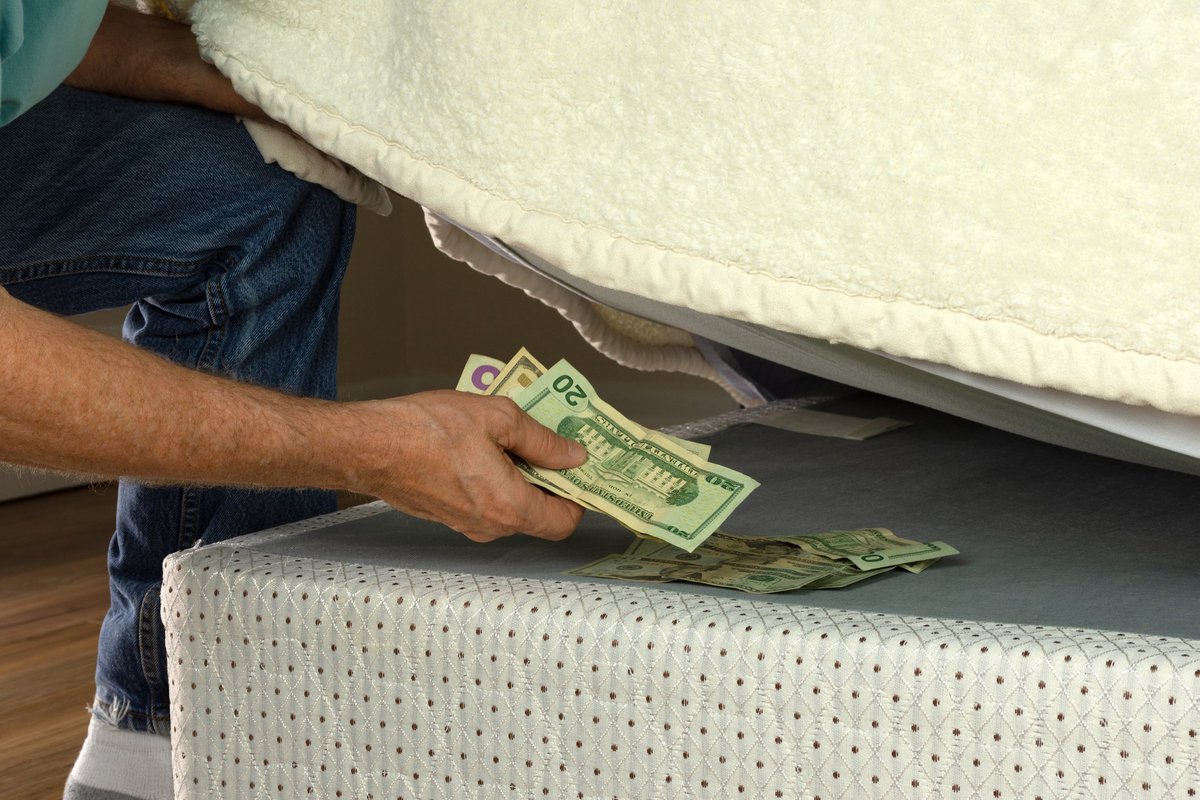 Men and women commit financial infidelity at a similar rate, with 67% of men and 73% of women admitting to at least one instance. However, men and women tend to lie about or hide very different types of purchases. These are the top purchases men hide from their partners.

Nearly 2 in 5 men admitted to lying about purchasing electronic devices. This might help explain why the average cost of the largest purchase men lied about was $500 while the figure for women was just $364 -- electronics are expensive.

Although alcohol wasn't on the list of purchases women admitted to lying about, it came in at No. 2 for men, with 29% saying they had lied about spending money on adult beverages.

Also absent from women's top-ten list was gambling, which a quarter of men surveyed have lied about at least once. Online gambling may make up a significant portion of this, given its easy accessibility and high likelihood of addiction. But we can't rule out weekend trips to Vegas either.

Fast food was a major cause of financial infidelity, ranking No. 5 on the list of top purchases people lie to their partners about for both men and women. Given that fast food is relatively cheap, it's likely that these lies have more to do with dieting than money. They indicate that both men and women want their partners to think they're eating healthily, even when they aren't.

This is an interesting finding, given that other studies have found that almost half of all gamers are women. Nonetheless, 23% of men said they had lied about video game shopping. One study from Earnest shows that despite this relative equality in who plays video games, men are more invested in gaming -- they're eight times more likely to call themselves "gamers", and three times more likely to make video game purchases than women. Overall, the purchases men hide are more geared toward recreation, whereas the purchases women hide tend to be material items.

People who buy into the stereotype that men don't care about how they dress might be surprised by this one. Although clothing is No. 1 on the list of purchases that women hide, it's also present on the list of top purchases men hide. Nearly 1 in 5 men admit to hiding clothing purchases from a partner.

8. Marijuana or other drugs

While it's not surprising that one might hide the purchase of illicit items from a partner, you might be surprised to know that 16% of men surveyed have hidden the purchase of marijuana or other drugs from their partner.

Both men and women lie about spending money at restaurants, though women do it slightly more than men. Twenty percent of women admit to hiding expenses related to dining out, while 15% of men admit to the same.

This is a big one for women, but it's not absent from the list of purchases men lie about. Fifteen percent of men and 32% of women have lied about a gift they purchased. This likely includes many people who have simply lied about the purchase price, having spent more than they budgeted for on holiday presents. Year after year, studies show that a significant portion of Americans spend the first months of the year paying off holiday debt.

Fibbing about how much you spent on the kids last December or hiding the new tablet you bought might feel harmless in the moment, but these little financial infidelities do add up over time. And as your relationship develops, you'll want to decide jointly how to manage your savings as well as tackling any debts.

Lack of communication is a big reason that families wind up in unmanageable debt, often unsure as to how they got there. Our respondents ranked deception regarding debt as the most severe form of financial infidelity their partner could commit.

If you feel like you can't be honest about how you spend money with your partner, you're not alone. However, it's important that both you and your partner learn to be open and transparent about financial matters now, before they get worse.