Here's a Good Reason to Teach Your Children About Money

Hint: It could lead to financial success down the line.

As a parent, your job is to care for your children, teach them good values and, ideally, set them up for success later in life. And if the latter is important to you, it pays to do one key thing: teach them about money when they're young.

A Quicken study released earlier this year showed a clear link between early financial education and both money-related confidence and financial success further down the line. Those who were taught about money as children are three times as likely to have an annual income of $75,000 or higher than those who didn't learn about money as kids. And among those who were schooled in money matters early on, 41% report a high level of confidence in their finances. 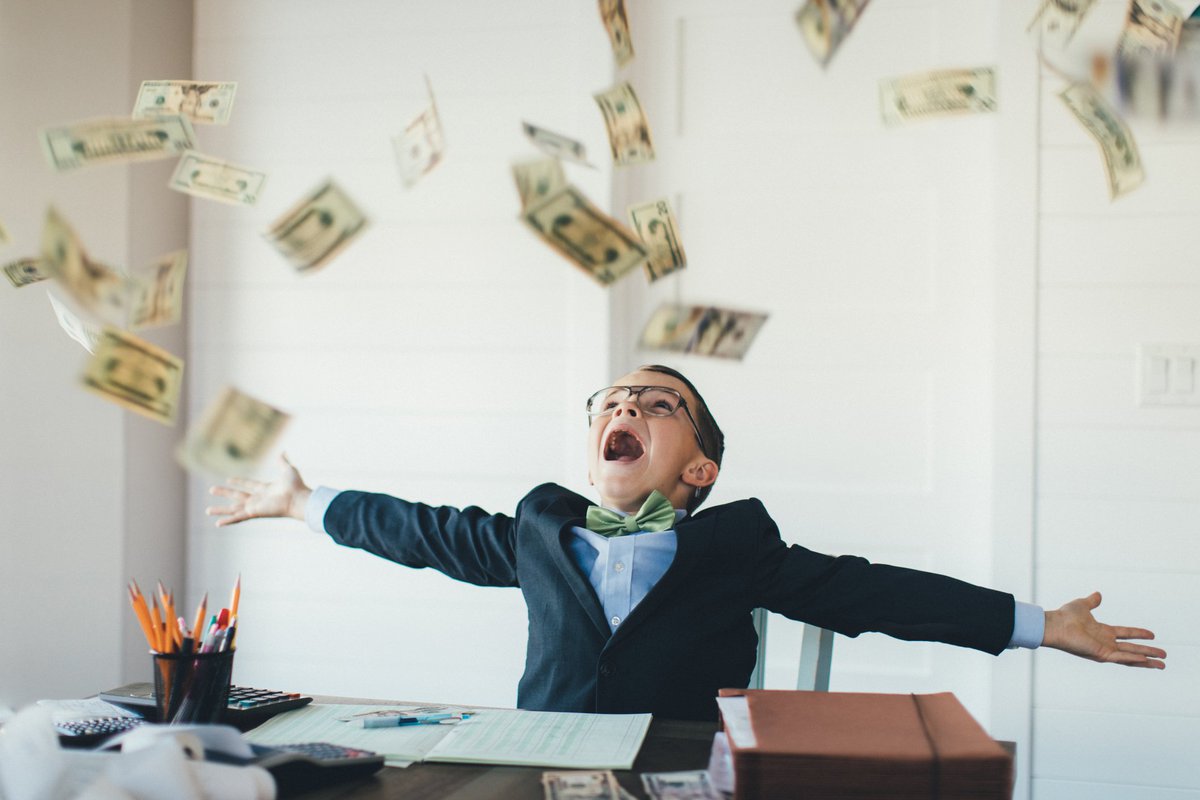 At the same time, about 33% of those surveyed said no one taught them about money when they were young. The result? Within that group, only 13% reported a high level of financial confidence.

Clearly, teaching your kids about money is a smart thing to do, and a solid investment in their future. Here's how you can get started.

Your household should have a budget that ensures that you're not overspending, and that you're meeting your savings goals. If you want your kids to learn about money, clue them in on what that budget looks like. Review how much you spend in key categories like housing, healthcare, transportation, food, utilities, and leisure, and show them how you prioritize your bills so that you're covering essentials before allocating funds to things like entertainment.

Just as importantly, show them what steps you're taking to save money. Explain that you don't eat at restaurants three nights a week because that would stop you from contributing to an IRA or 401(k), or that you take modest vacations because you're trying to save for college. With any luck, they'll grow to emulate that pattern when they're older.

2. Give them an allowance

A great way to school your kids on money is to give them some of their own. Once they're old enough to master basic math concepts (say, by second or third grade), give them an allowance they can earn by helping out around the house, or something similarly attainable.

But don't just throw money at them -- explain the difference between spending it immediately and saving it for something more important or meaningful. In fact, you should open a savings account for each of your children. That way they not only have a secure place to store their cash, but also have a means of earning a modest amount of interest while they're not using that money. Hopefully, they'll recognize the value of earning money on money, and then continue to do so by saving and investing wisely once they start earning incomes of their own.

3. Teach them to shop smartly

Chances are that you hit the stores with your kids fairly often. When you do, discuss the thought process that goes into your buying decisions. For example, explain why you typically purchase the store brand of cereal instead of the pricier name brand, and talk about the fact that you tend to buy staple items like tissues and paper towels when they're on sale.

Another good habit to review? The art of making shopping lists. So many adults fall victim to impulse buys when they shop, but if you teach your kids the importance of sticking to a list, with any luck, they'll carry that lesson with them into adulthood.

The financial lessons you teach your kids today could have an enormous impact in the future. And that's reason enough to make the effort.