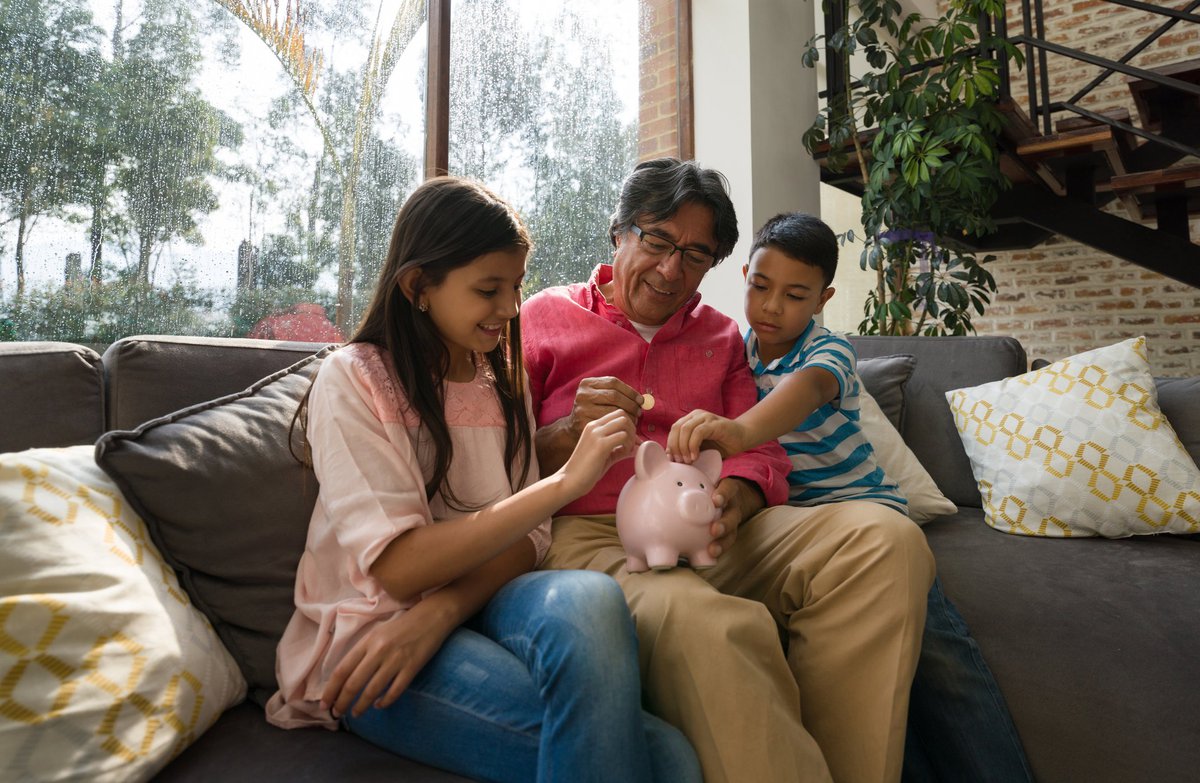 Finances were a hush-hush subject in our home. These are some of the financial lessons I wish my parents had shared.

I'm not sure why, but my parents refused to discuss money in front of me while I was growing up. Refused. They would rather sit me down and have "the talk" than divulge anything income-related.

Kudos to my folks for teaching me about the birds and the bees in a way that didn't leave me traumatized. I offer them nothing but praise for discussing politics so thoroughly that I was too excited to sleep the night before elections. I will always be grateful to them for illustrating the important stuff, like how to care about other people.

The bone I have to pick with them involves treating finances like a weird old aunt they had hidden away in the attic. I knew she existed but was never privy to the details of her captivity.

In no particular order, here are four things I wish they'd shared with me.

I wish my parents had emphasized the importance of investing early -- as in, the moment I was able to scrape together an extra $10. I may have thought of myself as broke as a young adult, but I always had money for a movie or ball game. If I had started 25 years ago and invested a mere $10 a week on the stock market and earned 8% interest, it would be worth almost $40,000 today. And that's if I never increased my weekly contribution.

As a kid, I often accompanied my folks to the bank. I loved the fact that they seemed to know everyone and I was frequently offered candy from one of the many candy bowls scattered around the lobby. Any of those visits would have been a great opportunity for my parents to sit me down with a bank employee and have them walk me through a simplified version of investing -- or even teach me about compound interest.

My father was a Marine and never thought he would live to be an old man. As a result, my parents lived far below their means because he wanted to invest every extra penny and make my mother a wealthy widow. They didn't buy new cars, furniture, or splash out on any of the other niceties of life. After my dad retired from the military and my mother left government work, they stopped traveling to exotic places.

I learned to associate financial responsibility with a spartan existence. It would have been nice if I had learned that it's OK to do nice things for yourself, even as you invest. As with most things in life, being financially responsible involves balance.

This is a sensitive one, but my father hoped that I would "marry well." I'm not saying that my parents didn't have big hopes for me personally, but I know how relieved my dad was that I married a man with ambition. That way, no matter how much I screwed up, I'd have a strong, capable man to take care of me.

Parents, I'm here to tell you: That's a terrible message to send to your daughters. You don't even have to say it aloud. You can say other things that convey the same message. Telling your daughter that it's OK to give up a career she loves to follow her significant other across the world because "he earns so much more" is not cool. Advising her to take on the role of supporting player is not smart -- 50% of marriages end in divorce.

What I wish my parents had said instead was, "Be a good partner, but also look out for your own financial interest. That way, if you ever find yourself alone you won't have to worry about money."

I knew about war and famine and other issues going on in the world. What I was shielded from was a truth closer to home: Bad stuff happens. People lose their jobs, interest rates skyrocket and make it darn near impossible to buy anything, gas prices go through the roof, and the stock market goes through peaks and valleys. Because finances were so hush-hush in our home, I was ill-prepared for pretty much every financial difficulty.

I'm not saying that they should have scared the everloving wits out of me, but I wish I'd learned earlier on about the value of having an emergency fund saved up in my bank account so that I wasn't so inclined to panic when hard times hit.

Would I have listened if my parents had told me that I would wake up one day and realize I have more years behind me than in front of me? Would that have changed the way I approached finances? Would I have been a better investor in those early years? Honestly, I'm not sure, but it would have been an interesting conversation to have.

I find it interesting that my husband and I made many of the same financial mistakes with our children that I accuse my parents of making. We never wanted them to know when we were in a financial pinch. I suspect it was because, like my parents, we wanted to protect them from the harsh realities of life. Like them, everything we did, we did out of love.

I was lucky to have parents who put braces on my teeth, made sure I enjoyed a biannual trip to JCPenney for school clothes, and made me feel safe. Aside from the fact that I had to learn about finances the hard way and am not currently sipping an espresso in a piazza in Rome, life didn't turn out so bad.