More Than Corn: Here's Why Des Moines, Iowa, Is a Great Place to Live

Affordability and local amenities make this city a terrific pick.

Affordability and local amenities make this city a terrific pick.

Many people with higher salaries fall into a similar trap: They earn a decent living, but to command that income, they're forced to reside in an expensive city. As such, they spend so much money on housing, services, and amenities that by the time the end of the month rolls around, there's little money left over for their savings accounts.

But not every city will drain your bank account. In fact, The Ascent recently analyzed more than 200 U.S. metro areas and found that a few cities stand out by offering budget-friendly living combined with decent wages. Specifically, Des Moines, Iowa, ranks third on our list of the 10 best cities for high salaries and low costs of living. And if that's not enough to convince you, here are a few more reasons why you might consider making a move to Des Moines. 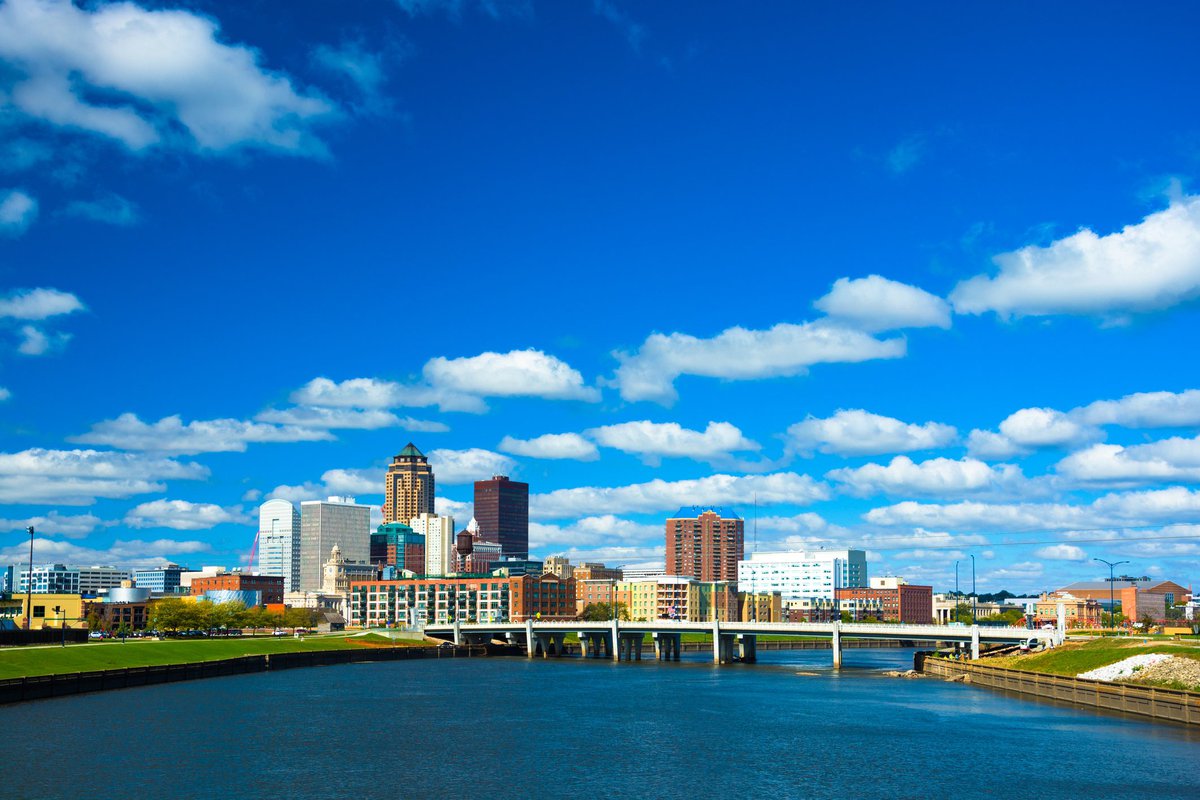 The Ascent found that the average annual salary in Des Moines is $52,220. That's just above the average national salary of $51,960. You might find work in industries such as retail, finance and insurance, healthcare and social assistance, and manufacturing.

Housing is the typical American's single greatest monthly expense. The median home price in Des Moines is $140,800, but when you compare that to the national average of $231,200, it’s a bargain -- especially in a place where salaries tend to trend higher. And while property taxes are a bit steeper in Des Moines than they are nationally, the modest housing prices more than make up for this. In fact, in a recent study by real estate service Clever, Des Moines was ranked second among the top cities for millennial homebuyers in particular.

Anyone who commutes to work understands the hassle it can entail. But a study released a few years back by staffing firm Robert Half found that Des Moines workers reported the least stressful commute among all of the metropolitan areas it surveyed. That's good news if you're someone who hates sitting in traffic.

If you're the type who appreciates the arts, Des Moines could be a good city for you, culturally speaking. It was recently ranked as one of the most artistic medium-sized cities by Expedia, and once you familiarize yourself with its museums, theaters, and festivals, you'll see why. Of particular note is the three-day Des Moines Arts Festival, which showcases emerging talent.

6. Financial assistance for starting a business

Maybe you're thinking of relocating to start over not just logistically, but also professionally. If you dream of starting your own business, Des Moines is a great choice. The city offers a number of resources for new business owners, from loan programs to tax abatement opportunities.

Is Des Moines right for you?

There are plenty of cities that offer the ideal combination of high incomes with a low cost of living. But if you're looking to move someplace with affordable housing, a strong job market, and a great mix of culture, it pays to give Des Moines a visit and see if it's the right city for you to call home.