We all need money on hand for a rainy day, and $2,467 may be a solid savings target.

Life has a way of costing us more money than expected. Your heating system could malfunction in the middle of winter, leaving you to choose between an expensive emergency repair or a freezing house. Your car could stop working out of the blue, or you could get hurt and land in the hospital with a substantial bill to follow. Or, you could get laid off at your job, thereby losing the income you count on to pay for your various expenses.

It's for these reasons that you must have an emergency fund -- money in a savings account that's there for you when you need it. But how much money should that emergency fund contain? 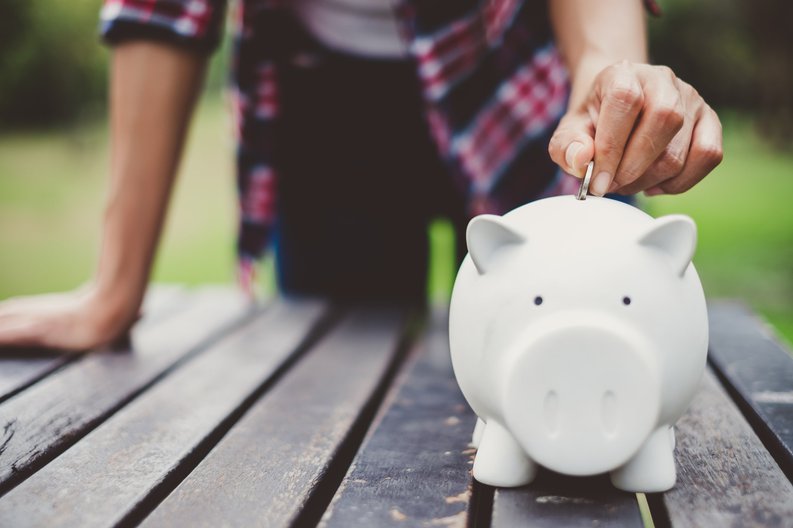 For years, financial experts have advised that you need three to six months of essential living expenses in the bank. The logic is that this is the amount you need to sustain you through an extended period of unemployment. But new research reveals that you may want to aim for a different savings target instead: $2,467.

Based on a study of 70,000 lower-income households, a pair of finance professors are confident that having $2,467 socked away for unknown bills is largely sufficient. Specifically, they found that when you have that amount in savings, your chances of experiencing a financial hardship in the next six months are low -- and that saving more money doesn't help to reduce that probability. Incidentally, $2,467 is the equivalent of roughly one month's salary among the people included in the study, which certainly goes against the traditional advice of saving three to six months of living costs.

Too low a savings threshold?

Is $2,467 really enough for emergencies, though? It's hard to say. Though that amount of savings supposedly offers an adequate dose of protection, that doesn't necessarily mean it doesn't pay to save more.

The aforementioned study broke down various financial thresholds at which families risk different hardships. Those with under $792 in savings risk not being able to adequately feed their families; those without $1,527 could miss mortgage or rent payments; and those without $2,819 may be forced to skip medical care. All told, households with $2,467 are less likely to face major financial hardships, which is why this figure is being presented as an emergency savings target.

But here's an important distinction: That $2,467 is noted as an appropriate emergency savings target for lower-income households. If you're a middle-income family or higher earner, you may require more savings than that, especially if you're let go from your job and need that money to replace your paycheck. And the above-mentioned study states that single mothers and households without health insurance can certainly benefit from a larger financial cushion.

Therefore, while $2,467 may be a good initial emergency fund savings target, it's not necessarily enough.

Of course, the benefit of targeting a number like $2,467 is that for the average household, it's an easier goal to handle than three to six months of essential bills. But the reality is that saving less than $2,500 may not suffice if you wind up in a truly dire financial spot. As such, it generally pays to aim to have at least three months of expenses in the bank, even if getting there proves difficult.

That said, there are a few tricks you can employ to build an emergency fund sooner. The first involves getting on a budget so you can see where your money really goes month after month. From there, you can begin to cut back on expenses to free up cash.

Getting a second job is another great way to build emergency savings. Because your earnings from that gig won't be earmarked for existing bills, you should, in theory, be able to stick all of your side income into the bank (minus what you owe in taxes).

Finally, be smart about banking windfalls. If you get a tax refund and you're low on emergency savings or have none at all, save it. Do the same with cash gifts you receive during the year or bonus checks from work. You're not going to build a solid emergency fund overnight, but is it possible to amass one in the course of a year? Absolutely.

Whether you decide to bank $2,467 or a larger amount for emergencies, the key is to put your emergency fund above all other financial goals. Without that money in the bank, you'll risk racking up serious debt when unplanned expenses pop up, or if you're forced out of a job. And that's not a risk worth taking.