20% of Americans Say Their Debt Makes Them Sick

Americans are no strangers to debt. The average U.S. adult aged 18 or over holds $29,800 in personal debt, not including a mortgage, according to Northwestern Mutual's 2019 Planning & Progress Study.

And apparently, that debt is causing some major health issues. A good 45% of adults who are in debt say it makes them anxious on a monthly basis. And 20% report that their debt causes them to feel physically ill at least once a month. Ouch. 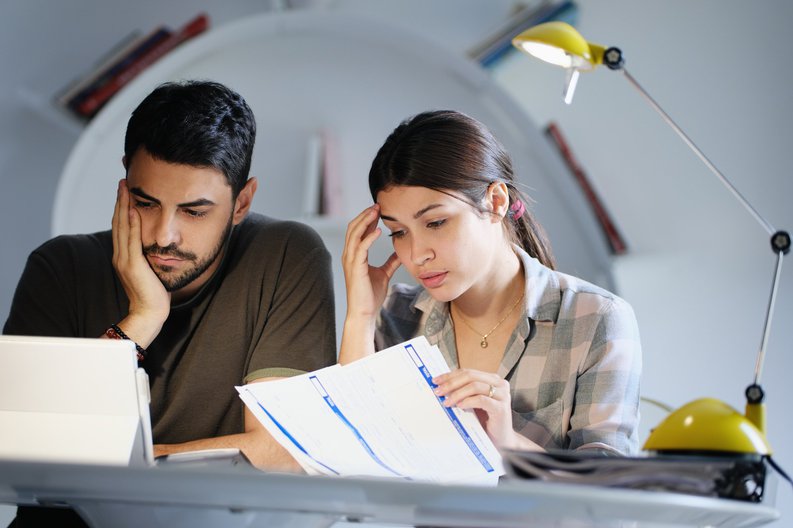 It's hard to pay down debt when you have no idea where your earnings go month after month. The first step toward breaking that unhealthy cycle is to set up a budget based on your current expenses. Figure out what your essentials cost you, and where there's room to cut back. And then actually cut back. The money you free up can then be used to start chipping away at your balances.

2. Figure out which debts to pay off first

Chances are, you can't pay off your entire debt load at once. If that's the case, you'll want to approach the process strategically -- namely, by tackling your highest-interest debts first. For example, if you owe money on a credit card that's charging 15% interest, and you also owe money on a personal loan that's charging 8%, it pays to work on the former first.

3. Look into consolidating your debt

If you owe a lot of money to a bunch of different creditors, the process of paying off your debt can be stressful and cumbersome. Consolidating your debt could therefore provide you with some much-needed relief. Consolidation involves rolling various debts into a single loan -- ideally, one with a lower interest rate attached to it. Another option is to perform a balance transfer, and move your various balances onto a single credit card with a favorable interest rate. In some cases, you'll pay no interest during an initial promotional period.

Consolidating your debt is a viable option if your credit is great and you're therefore eligible for an advantageous rate on a new loan or credit card. Keep in mind that it is possible to have a lot of debt, but also have good credit -- as long as you make your payments on time, your score can stay in favorable territory, which means consolidation may be on the table despite your outstanding balances.

Paying off debt requires money, and although cutting back on expenses will help you scrounge some up, if your goal is to be debt-free quickly, you may need to boost your income by getting yourself a second job on top of your main one. The good news? Since the earnings from that side gig won't be earmarked for existing bills, you'll have the option to use all of your additional income to tackle your debt problem head-on.

If being in debt is causing you physical or mental health issues, it's time to put an end to the madness. Follow these tips to get out of debt, and with any luck, your well-being will take a turn for the better.