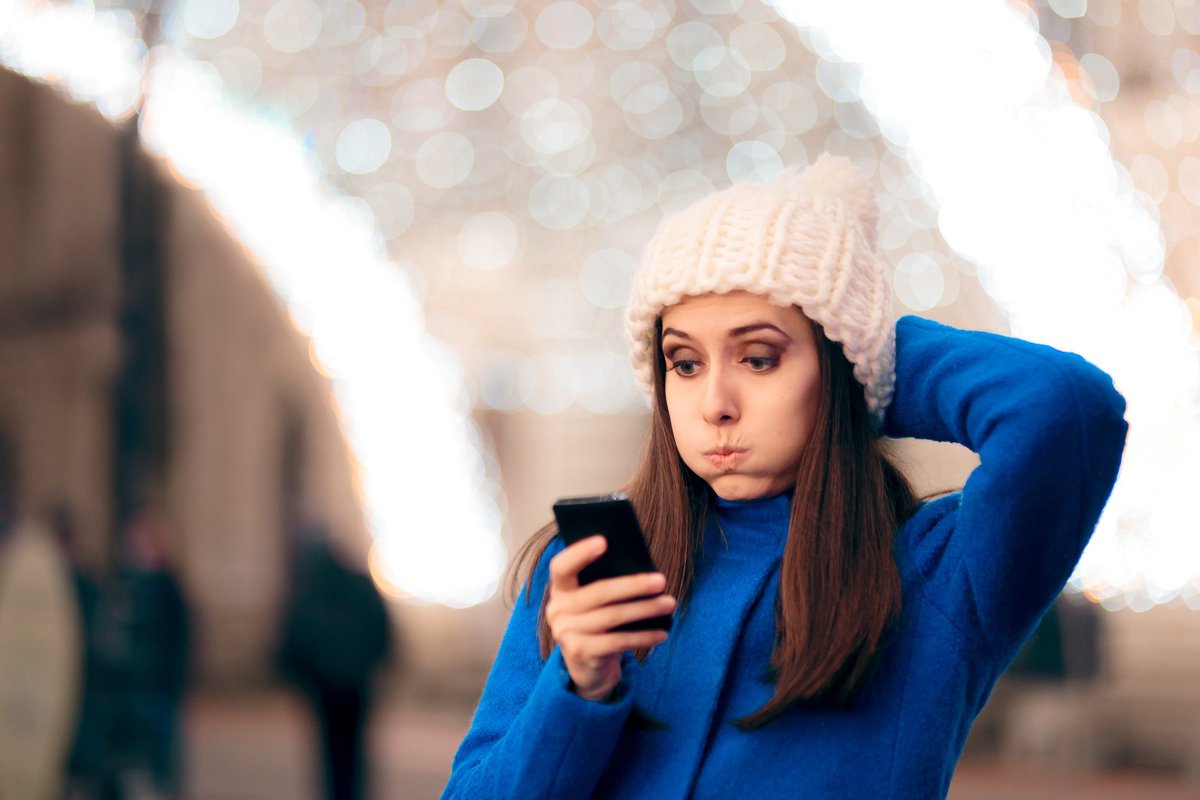 Don't be one of the Americans making a holiday spending mistake that could cost you all year long.

Holiday preparations are in full swing and millions of Americans are out booking trips, shopping for gifts, and enjoying activities with friends and family. Unfortunately, around one-fourth of them may be making a big mistake when they do their festive spending.

What is that mistake? Going into debt for the holidays.

Unfortunately, this big mistake could haunt you well into the New Year after the gifts have been put away, so it's one you should try to avoid at all costs.

Only 75% of Americans don't plan to take on holiday debt

A recent YouGov survey revealed that only 75% of Americans don't plan to go into debt this holiday season. Among the remaining respondents, a troubling 16% said they definitely planned to borrow and another 9% said they don't know whether or not they will end up going into debt.

The survey also had more bad news. Among those who plan to use their credit cards or accrue debt for festive spending, only 29% plan to pay off what they've borrowed by the time December comes to an end. The rest will be paying off the bills into January and beyond, with 5% of Americans indicating this year's debt won't be paid off yet by the time next year's holidays arrive.

Holiday debt can be a big problem

Borrowing for the holidays can come at a significant cost, especially if you're financing your purchases on high-interest credit cards.

Last year, The Ascent looked at how long it would take to pay off the average holiday debt in 2018. With a projected spend of $1,007.24, if a consumer put all of this on a credit card with a 15% interest rate and made only minimum payments, it would take 57 months to repay and cost them just over $400 in interest. And the National Retail Federation projected average spending would be a bit higher this year at $1,158.63, so those repayment figures would be a little worse.

Not only could you get stuck paying interest on holiday purchases for years, but the monthly payments you're committing to would also mean you'll have less income to live on. This could make it harder to save for the future as you'll be paying off debt on top of the money you need to pay for necessities.

How to avoid holiday debt

The best way to avoid going into debt for the holidays is to start putting money aside early. Figure out how much you plan to spend, and then save enough each month to have the cash available when December arrives. While it is too late to put this plan into action for this year, you should start now for next year so you don't face this situation again.

Now that the festive season is here, if you don't have much or anything saved, you'll need to focus on keeping spending as low as possible. If you can't eliminate debt completely, at least borrow the minimum so you can pay it back quickly. Consider putting a dollar limit on gifts with friends; talking to friends and coworkers about not exchanging gifts this year; and giving homemade gifts or gifts of your time.

If you must borrow for holiday purchases, you may also want to look into using a 0% intro APR credit card. These cards allow new customers to pay no interest on purchases for an introductory period. If you pay off what you owe before the promotional rate expires, you could avoid making your holiday purchases more expensive.

With around 75% of Americans indicating they'll be avoiding holiday debt, it's clearly possible to make the season merry without breaking your budget or breaking out the credit cards. Sit down today and work out a plan to avoid or minimize your borrowing, both for the upcoming holiday season and for future holidays in years to come.