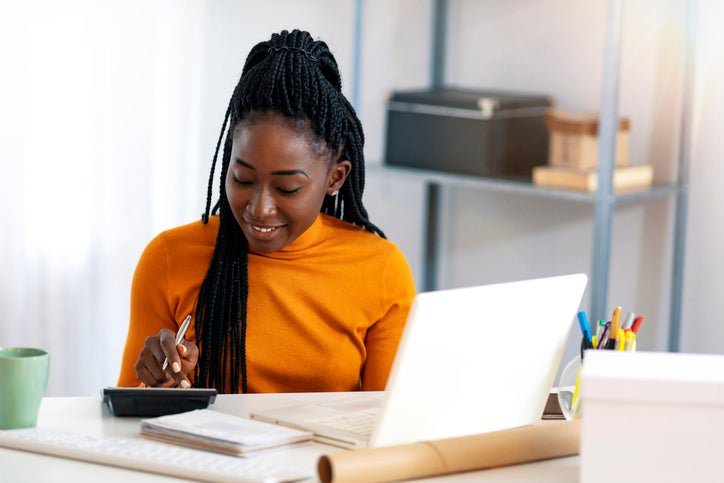 There's some good news about how Americans are handling their debt.

Being in debt is bad news -- and there's not a lot of positive news about Americans' debt balances. But, recent data from Northwestern Mutual did contain some very uplifting information. Specifically, the research showed that average debt has been declining and most people who owe money have a specific plan to become debt-free.

Here's what the data shows about how Americans' borrowing habits have improved and how many are reducing their reliance on high-interest consumer debt.

In 2018, the average debt balance among those who owed money was just over $38,000. That's a small fortune, especially when the Bureau of Labor Statistics put the median annual earnings of full-time workers at just $46,800 in the fourth quarter of 2018.

Fortunately, things have improved over time. In 2020, the total average debt balance among those who owe fell to just $26,621. While it's still a ton of money, it's an encouraging sign. After all, that's a 29.9% decrease, which is a dramatic change. It shows people are borrowing less and paying off more.

Northwestern Mutual also found that most of those individuals who still owe money want to become debt-free. In fact, a full 67% of people reported they have a specific plan for repaying their creditors so they won't be stuck with interest charges forever.

This still means a sizable portion of Americans aren't on track to deal with their debt problems. But it does show that progress will likely be made to bring this average debt balance down even further. It also means the percentage of debt-free Americans may increase. Once those with a payoff plan complete it, that 26% will likely grow.

Why it's such good news that Americans are paying down debt

Northwestern Mutual's data is really good news because debt puts those who owe in a more precarious position. An economic crisis -- such as the one caused by the novel coronavirus -- is even more difficult for those with lots of debt. Obligations to creditors won't disappear just because the economy goes south.

Those who pay off their debts, or at least reduce their balances, should have smaller monthly payments and be better able to weather bad times. They are less likely to be late in paying their creditors or default on payments entirely. Debt-free Americans can also maintain a smaller emergency fund and still be ready for unexpected expenses. They won't have to worry about covering have a monthly debt obligation.

A smaller debt balance -- or a $0 balance -- also means less hard-earned money will go toward interest costs. It will be easier to live on a budget that prioritizes saving and investing since income won't already be earmarked to go to creditors.

How to join your fellow Americans in repaying your debt

If you aren't one of the many borrowers with a debt payoff plan, you can become one.

It's as simple as allocating some extra money in your monthly budget to pay more than the minimums on your debt. You should pick a specific debt to focus on first -- either the one with the lowest balance or the one with the highest interest costs. Then aim to pay as much extra as you can afford toward it each month. Once that debt has been repaid, move onto your next one until you're fully free of most debts (with the exception of your mortgage and other low-interest loans designed to be paid off over the long-term).

You can also consider using a low-interest personal loan to consolidate or refinance your debt. This could make repayment more affordable if you qualify for a loan at a competitive rate. Consolidating your debt into one loan instead of many will also eliminate the difficult choice about which debt to pay first. And your loan should have a set repayment schedule so you'll know your debt-free date.

Americans are making good progress in paying down their balances, so get started today and join your peers in taking steps towards becoming debt-free.