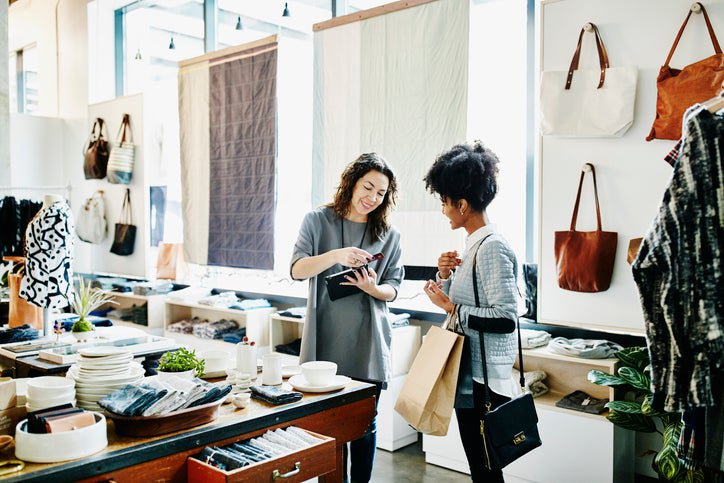 Card balances are low, but that may not necessarily be a sign of a better economy.

America's credit card balances are going down -- way down. According to the latest Household Debt and Credit Report from the Federal Reserve Bank of New York, credit card balances underwent a sharp decline in the first quarter of 2021. In fact, balances saw the second-largest decrease in the history of the data, which goes back to 1999.

Overall, total credit card balances dropped by $49 billion during the first quarter of 2021, a single-quarter decrease that comes second only to the decline seen in the second quarter of 2020 when lockdowns were widespread and retail shopping all but halted. Moreover, credit card balances are still well below pre-pandemic levels, coming in $197 billion less than we saw at the end of 2019.

Unlike the early 2020 drop, this latest decrease in card balances may not be entirely the fault of sluggish retail sales. Sure, folks aren't spending as much as they were in 2019 -- both pandemic-related hesitancy and unemployment are keeping folks from hitting the stores in pre-pandemic droves.

But folks are getting back out there. The fourth quarter of 2020 saw a modest bump in both retail spending and credit card balances, as is typical during holiday spending. And there were also some strong retail numbers in March 2021 as stimulus checks hit. However, the third stimulus payments in March may have played a dual role in Americans' low card balances.

While retail sales suggest plenty of folks put their stimulus checks directly into retailers' coffers, the cash payments meant fewer shoppers let their purchases sit on their cards for long. Additionally, some recipients with outstanding credit card debt may have put their stimulus payments toward clearing their existing balances rather than adding to them. On this, it's hard to be conclusive, as available data doesn't specify new versus existing credit card balances.

Balance drops consistent across incomes, but not ages

Whatever the cause, it's impacted most households at the same rate. While consumers in areas with average annual incomes below $58,000 have consistently carried the highest balances -- and the $79,000+ demographics the lowest balances -- bumps and drops in card balance numbers have followed a similar path since February 2020 across all income levels.

That said, young people are definitely carrying larger credit card balances than their more experienced counterparts -- and have been for most of the last year. The data shows cardholders in the 20-to-29 age range have steadily increased their card balances since July 2020, which roughly coincides with when many lockdowns were lifted.

Card balances for the 20-something demographic were nearly back to pre-pandemic levels by the last quarter of 2020, though even those balances saw remarkable declines over the first quarter of 2021. Since retail access hasn't been minimized -- if anything, it's expanded -- the decrease in card balances for young people is presumably thanks to typical fourth-to-first quarter decline, as well as stimulus payments being put toward debt.

As it stands, it's likely that card balances are going to see distinct increases over the next few months or so. For one thing, vaccinations and ever-decreasing restrictions are making retail even more appealing, and many folks who have been cooped up for the last year or so are ready to hit the town.

Furthermore, there's basically zero real talk of a fourth stimulus payment at this point, and employment numbers are still struggling. Underemployment could very well prove to be an even larger issue than before the pandemic -- especially in fields like retail and hospitality, which are currently experiencing difficulties with hiring due to stagnant wages.

Expanded unemployment benefits are also being pulled back as governments bow to pressure from employers who don't want to increase wages. This likely means we'll not only see existing card balances grow, but there will undoubtedly be a rise in new card balances as folks turn to their cards to make ends meet.

If you're currently struggling with high credit card balances -- or will be soon -- you can check out our guide to paying down credit card debt for basic tips on dealing with card debt.