Here's Why It Pays to Book Hotel Stays Now 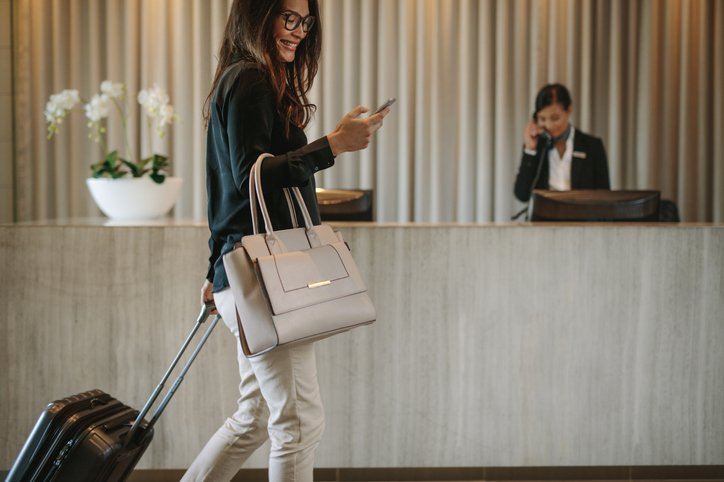 Planning to travel? You may want to book your lodging sooner rather than later.

It's no secret that 2020 was a terrible year for hotels -- but 2021 isn't shaping up to be so wonderful, either. The American Hotel & Lodging Association estimates that 50% of all U.S. hotel rooms will remain unoccupied in 2021. That's largely due to a decline in business travel, which isn't expected to return to pre-pandemic levels for two or three more years.

But while low occupancy rates are bad news for hotels, they're good news for travelers hoping to book vacations this year. In fact, if you're hoping to take some trips later on in the year, now may be a good time to book your stay.

Many hotel rooms are now being offered at historically low prices, so it's a good time to reserve your lodging and lock in a more affordable rate. In Hawaii, for example, the average nightly room rate this past December was $291. That's a 17.6% decline from December of 2019. Meanwhile, in Las Vegas, the nightly rate this past December was $107.08 for hotels on the city's famous strip. That's a 21.4% drop from a year prior.

This year, only 56% of people plan to travel, compared to 70% during non-pandemic times. Of those who are looking to travel, only 19% say they'll stay in a hotel by April, while just 24% expect to reserve a stay for May through August.

Given the slow rollout of coronavirus vaccines, it's easy to see why. Travel is apt to become a much safer prospect once more of the public is able to get vaccinated, but that may not happen until spring or summertime, if not beyond. As such, some people may be looking to travel later on in 2021 instead of earlier.

But even if you're not looking to travel immediately, you might still be able to snag a low rate on a hotel room you occupy later on in the year. In fact, now's a great time to do your research, compare rates at different hotels, book your stay, and set up a travel budget so you can begin saving for your upcoming trip rather than racking up debt because of it.

If you're going to book a hotel stay in the near term, it also pays to do so with the right credit card. Ideally, you should aim to use a card that offers maximum rewards for a hotel stay. Some hotel chains, in fact, offer branded cards that give you extra rewards or bonus cash for booking rooms. So it could pay to apply for a new card -- one that gets you free nights at your dream destinations.

Remember, too, that most hotels have relatively flexible cancellation policies. If you're unsure of your travel plans for later in the year but you want to take advantage of the great rates that are available today, you can always book a room at a hotel that allows you to cancel down the line. Just make sure you understand the rules regarding cancellations so you don't wind up with a hassle on your hands.