What can you do to ensure you’re not forced off a flight? 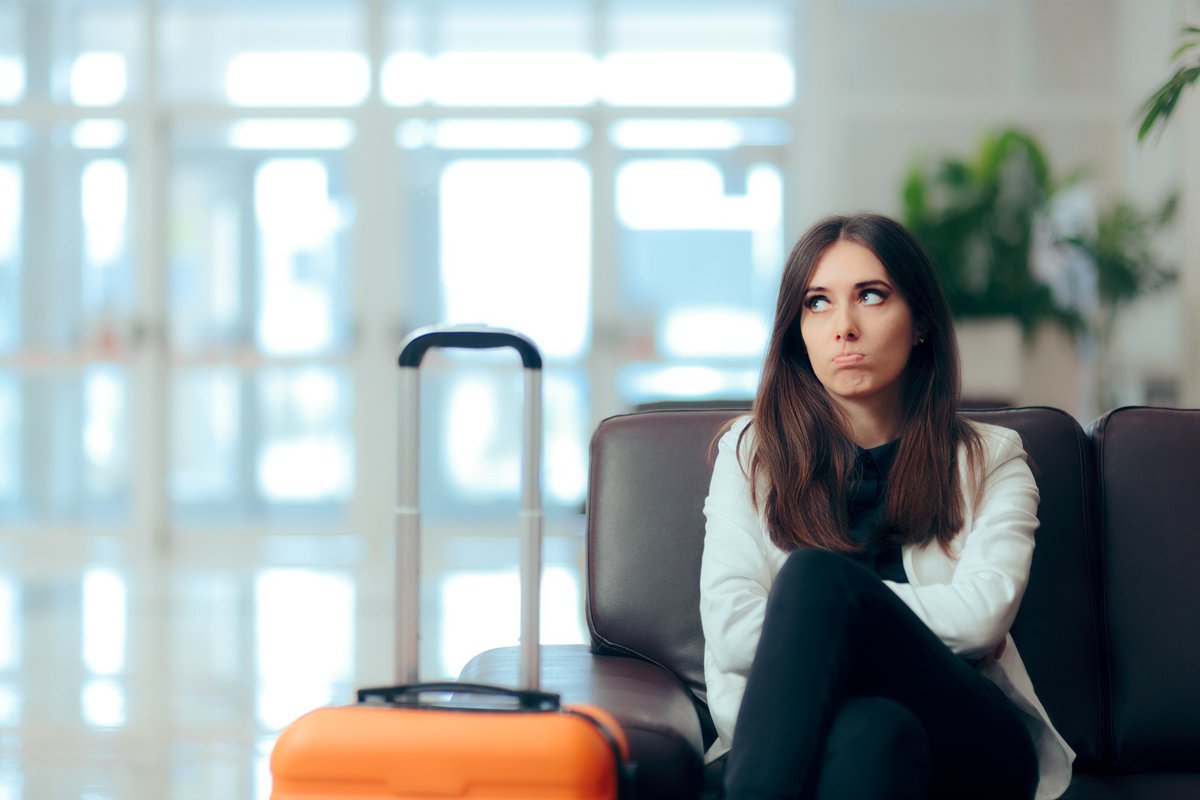 It’s the travel situation everyone wants to avoid. The day has finally arrived for your long-awaited trip. You go through all the fun of passing through airport security and waiting at your gate, only to end up bumped from your flight and unable to board.

Airlines need to do this when they have more passengers than they have available seats, with one common cause being that they’ve overbooked the flight.

It’s incredibly frustrating, as you’re being denied a seat that you paid for, and it can also throw a monkey wrench into your travel plans. If you have a connection to make, the delay of being bumped can cause you to miss it. You may need to make new transportation arrangements, or lose out on a day of your vacation.

The good news is that there are a few ways you can reduce your chances of ever getting bumped from a flight.

One rule you can expect with just about every airline is that if they need to choose passengers to bump, they’ll start with those in the lowest fare class. Those in business class, first class, and even premium economy are usually safe (although they can be bumped down to a lower fare class if necessary).

First on the chopping block will be those in the airline’s basic economy seats. Although these can be a good deal if you’re looking for a cheap, no-frills ticket, they do put you at higher risk of being bumped. Even spending some extra money (or credit card points) for a standard economy ticket will give you a much better chance of staying on your flight.

Check in as soon as you can

This is something you have full control over. You’re typically able to check in up to 24 hours in advance, so make sure you do that, especially if you have an economy or basic economy ticket.

Fly earlier in the day

Flights tend to get more crowded as the day goes on. When there’s a flight cancellation, passengers miss their flights, or passengers get bumped, airlines will first try to find them another flight they can take that same day.

That means flights that depart later in the day are more likely to be overbooked, because they end up accommodating all of the passengers who had issues earlier.

If an early flight works for you, you’re less likely to run into a situation where your flight is overbooked.

How to prepare in case an airline needs to bump passengers

When airlines need to bump passengers, they start with voluntary bumping. This means they announce that they need volunteers who are willing to take a later flight and offer compensation to those who accept. Compensation is usually a voucher for a certain amount with the airline, but could also include a hotel stay and meal vouchers if you’ll need to take a flight the next day instead.

Some passengers like having the opportunity to get a voucher in exchange for being bumped. Here’s what you (and anyone you’re traveling with) should discuss ahead of time to be prepared for this situation:

By figuring this out before you go to the airport, you won’t miss out on compensation because the airline successfully recruited enough volunteers while you were busy thinking it over.

What to do when you’re involuntarily bumped

Let’s say you’re one of the unlucky few to be bumped from a flight involuntarily. Here are a few tips to help you get through this:

Get cash instead of a voucher. Airlines may initially offer you a voucher as compensation, but if they owe you compensation under the DOT regulations, then you can ask them for cash instead.

Don’t be afraid to ask for extras. The airline may be able to give you additional compensation, such as a free night at a nearby hotel, or vouchers for free meals.

See what protections your credit card offers. Travel problems like this one are one reason that you should always book airfare with your credit card. Assuming you did, look into any coverages your card has that can help you here. Some travel rewards cards have trip-delay reimbursement, which could cover any extra costs you incur that go uncompensated by the airline.

The odds of getting involuntarily bumped are low, especially if you follow the advice above. If anything, you may have the opportunity to get a flight voucher by volunteering to give up your seat.

In the unlikely scenario that you are involuntarily bumped, try to stay calm, make sure you get the compensation that you’re entitled to, and work with the airline representatives as they find you another flight.