How Does the Chip in My Credit Card Work?

Chip card technology has become the standard at merchants throughout the United States -- and the world -- supplementing or replacing the magnetic stripe readers that have been used for decades. Here's a rundown of how chip-enabled cards make your point-of-sale transactions safer, as well as why you still need to take precautions to safeguard your personal information.

The key problem with magnetic stripes on credit cards is that they contain all of the cardholder information that would be necessary to make a purchase, or to duplicate the card. With the rapid advances in technology over the past decade or so, magnetic stripe data has become significantly easier for thieves to steal, after which they can use it to create new cards, or sell it to others. 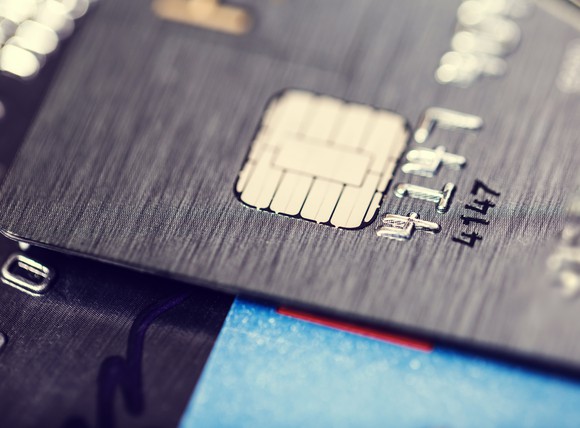 How do chip cards help solve the problem?

Without getting too technical, here's the key point to know. While the data in a card's magnetic strip stays the same over time, the chip in your card generates a unique code for each transaction that can only be used once.

Thus, even if a thief managed to copy the EMV® chip information used to validate a given point-of-sale (POS) transaction, they would be unable to do anything with it. The same point holds true for a data breaches at retailers: While chip-based card technology doesn't prevent hackers from stealing transaction data or records, it does make the data itself far less valuable to thieves.

So, while inserting your card into a payment terminal and waiting for it to process marginally less simple than swiping your card, it's certainly a more secure way of using plastic at retail stores, gas stations, and other locations where you make in-person payments.

To be perfectly clear, EMV® card technology does not make you immune to fraud. For starters, it does nothing to solve the problem of e-commerce fraud. It's still relatively easy for a thief to use your stolen credit card information online, and this type of fraud actually jumped by 40% between 2015 and 2016.

It also doesn't stop thieves from taking over consumers' accounts by gaining access to them and changing the contact and security information, after which they can make further charges without the victim's knowledge. Nor does it stop accounts from being opened up in consumers' names without their knowledge. Both of these types of fraud also spiked in 2016.

Additionally, since chip-and-signature is the standard practice, as opposed to chip-and-PIN, it's still possible for a thief to steal your physical credit card and use it in a store.

In a nutshell, chip-card technology solves one of the potential credit card fraud situations you could face, but it's still extremely important to keep your personal information secure and monitor your credit reports for any suspicious activity.

Despite the fact that widespread adoption of EMV® card technology in the United States took place over the past couple of years, this isn't exactly a new technology. The U.S. is simply the last major market to cling to magnetic stripe cards. Most of Europe transitioned to chip technology several years ago in an attempt to stem the rise of credit card fraud.