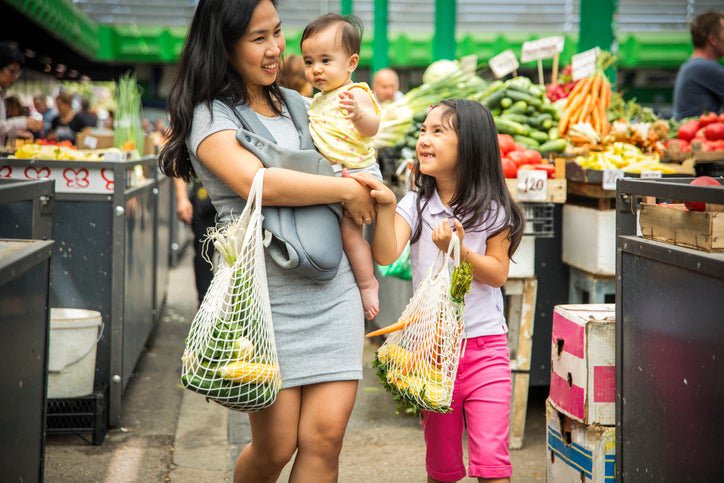 Here's one credit card that's saved me a bundle.

Like many suburban moms, I tend to visit my local Costco on a weekly basis. I don't go for the fun stuff, like the ultra-sized teddy bears they recently had on display or the inflatable hot tub that looks like a world of fun (or disaster). Rather, I go there to shop for food.

As a family of five that doesn't dine out all that often, we do a lot of cooking and eating at home. That's a good thing, but it can result in some pretty hefty grocery bills -- especially since we eat a lot of fruit and vegetables. (I actually eat a mostly plant-based diet, while my husband and son are carnivores. My daughters are just plain picky.)

Thankfully, Costco usually has some pretty good deals on produce, as well as other household staples we tend to go through pretty quickly, like milk, eggs, and yogurt. In fact, the savings I reap at Costco are more than enough to make up for the annual membership fee I pay. And a few years ago, I made the decision to open a Costco Anywhere Visa® Card by Citi. It's since helped me rack up a host of cash back rewards that offset my expensive grocery bills.

What makes the Costco Anywhere Visa® Card by Citi such a valuable credit card for me is that it offers bonus cash back on categories I tend to spend a lot of money on. Right now, I get 4% back on gas, which is normally a huge expense in my household. Granted, I didn't spend much on gas last year because of the pandemic, but most summers, we take a cross-country road trip during which that card comes in very handy.

The Costco Anywhere Visa® Card by Citi also gives us 3% cash back on restaurants and travel. My family doesn't dine out all that frequently, but we do order takeout once a week, so that's a nice little perk. And when we hit the road for weeks at a time, we do eat a lot of our meals at restaurants, so that scores us bonus cash as well.

But perhaps the single biggest benefit in using that card is the 2% cash back I get on Costco purchases. Most weeks, I spend anywhere from $100 to $200 on groceries and household essentials at Costco. That doesn't include bonus purchases like gifts, holiday goodies (I'm a sucker for their higher-end chocolate selection), and occasional apparel or electronics. In fact, my Costco purchases alone have given me a good $200 to $400 cash back these past few years, and that doesn't include the bonus cash back I've scored on gas, travel, and dining.

Another great thing about the card -- it doesn't charge an annual fee. You willI need to pay for a Costco membership, however, to use the warehouse club itself.

Know what you spend the most on

What makes the Costco Anywhere Visa® Card by Citi so valuable to me is that it targets the expenses I spend the most money on. If you find you shop at Costco a lot for essentials, this may be a good credit card to apply for. What you shouldn't do, however, is apply for the card and use it as an excuse to visit Costco more often and buy things you don't need.

Tempting as it is to take advantage of the many specials Costco has to offer, I generally do a decent job of limiting myself when I'm in the store. I go in with a list of the groceries and essentials we need. When I buy extra things, they're not usually impulse purchases, but rather, purchases that are well thought out. For example, Costco recently had fleece jackets for kids on sale, so I bought some since my children were outgrowing their old ones.

Take a look at the essentials you spend the most money on and find a credit card that rewards you generously for making those purchases. You may decide that the Costco Anywhere Visa® Card by Citi is worth applying for. But if not, there's probably another card out there that's right for you.