I'm Married. Do I Need My Own Credit Card?

Getting married can involve all kinds of joinings -- such as setting up joint banking accounts, sharing title on a home, and getting a family membership to the local YMCA. It raises some questions, too -- such as whether both parties need their own credit card.

In some marriages, only one spouse has the credit card account(s), with the other holding cards as an authorized user. That can seem OK, but it leaves the other with no credit report of their own. It's often best for both spouses to have credit card accounts, in order to build and maintain strong credits scores by making timely payments. Better still, opening a new account means offers of rewards and other perks to enjoy. 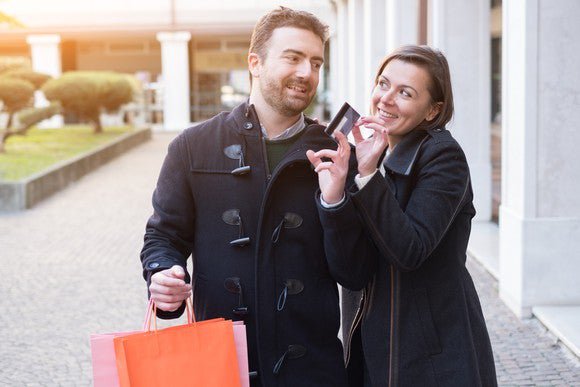 As we take a closer look at the question of whether each party in a marriage needs their own credit card(s), we'll need to review how debt is treated in marriages and how credit reports and credit scores factor into them, as well.

In marriage, credit cards can make your life easier, via the convenience they offer, or more difficult, if your spouse isn't as financially responsible as you are, and your credit score takes a hit.

Understand that credit card accounts, even if shared with authorized users, will still have an official owner -- or owners. You may not always realize or remember who the owner is, though -- especially once you've been married a while. Here are three common scenarios:

Each of those scenarios has different implications. 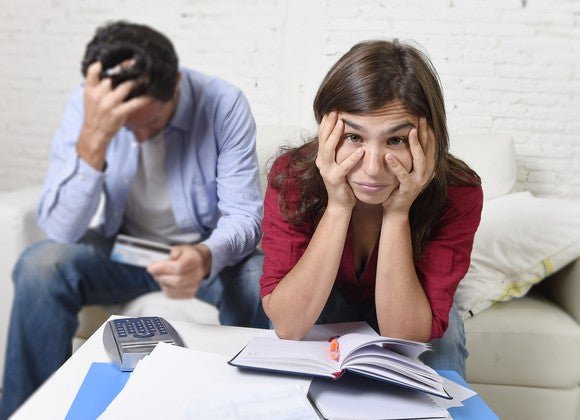 A key consideration is any debt that's racked up. In many cases, you will be on the hook for debts that your spouse racks up. If you live in one of the "community property" states (which recently Arizona, California, Idaho, Louisiana, Nevada, New Mexico, Texas, Washington, and Wisconsin, with Alaska allowing people to opt-in to community property status), both spouses will usually be responsible for any debt incurred during the marriage, and creditors can go after either one or both for such debts.

It may seem safer to life in a "common law" state instead, but there's danger there, too. Any debts incurred to buy items for the household or to be shares, such as food, utilities, or a car with both names on the title, will result in both spouses being responsible for it. If an expense incurred by one spouse was just for that one spouse, such as for a trip that only he or she took or for a vehicle in only his or her name, then that spouse is responsible.

Debt is also a critical concern when couples split up. Divorce can make credit card debt an even more vexing problem, if the parties don't agree on who will pay for what.

Your credit report and credit score are important

Another key consideration is your credit score. If you and your spouse are both debt-light and good about paying bills on time, you both probably have high credit scores and that will serve you well when you need to borrow money, such as for a down payment on a home. High credit scores can also qualify you for some of the best credit cards, that offer generous rewards, low interest rates, and other good terms.

If you're wondering what a great credit score looks like, know that basic FICO scores, which are used by about 90% of top lenders, range from 300 to 850. Here's how the folks at FICO rate the scores:

Both spouses might not have great credit scores, though. Maybe only one does, while the other has been lax in making timely bill payments and has racked up a lot of debt. In that case, the spouse with good credit can see his or her personal credit score take a hit from sharing credit -- such as if you own some credit card accounts together.

If one spouse has a low credit score, it's worth turning that around as much as possible over time. Here are the components of a FICO credit score -- knowing what they are can be helpful if you need to increase your credit score.

It can be well worth it to beef up your credit scores before you apply for a mortgage together. The table below shows typical APRs and mortgage payments for someone borrowing $200,000 via a 30-year fixed-rate loan. You can see what a significant difference your credit score makes in the interest rates you're likely to get and their accompanying mortgage payments. Over many years, a bad score can cost you tens of thousands of dollars. 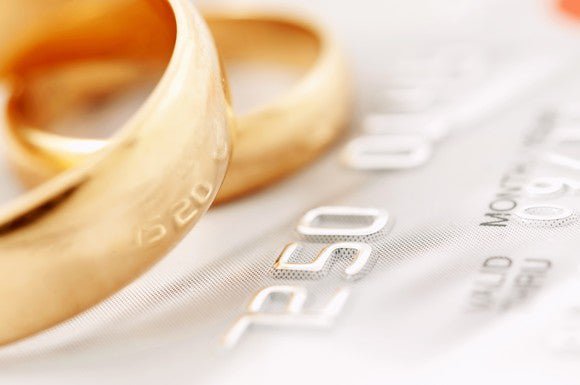 It's not a great situation if a spouse has no credit cards in his or her name, jointly or individually. Sure, there may be no bad credit score -- but that would be because there's no credit score. A couple may assume that divorce will never happen to them, but that's what a lot of divorced people once thought, too. If you have not established a credit record of your own and have little to nothing on your credit report and no credit score, then you're at risk. If you end up on your own and want to borrow money -- for a home of your own, perhaps, or for a new set of wheels -- lenders won't be offering you the best interest rates and terms because you won't clearly be a good bet.

Understand that when you're married you won't share a credit report or credit score. Those are maintained for individuals only. So don't assume that you're doing well if you're merely an authorized user on your spouse's accounts and have no credit accounts in your own name. This is especially important for women, as many have traditionally left financial matters to their husbands, and have sometimes ended up burned when they later needed a credit history and didn't have one.

Here's another reason to have some cards in your own name while married: to take double advantage of generous sign-up bonuses. You don't want to own scores of credit cards -- that can actually depress your credit scores. But some cards, especially travel-related ones, will occasionally offer extra-sweet credit card sign-up bonuses. If you think you can each spend enough in the first few months to qualify for the bonus, consider applying on your own. (Ideally grab the bonuses for cards that will also offer other generous rewards.)

A final tip is to be organized about and aware of the credit cards in your marriage. Keep track of who is the owner (or owners) of each account -- perhaps in a certain notebook or folder.

If you're a savvy user of credit cards, you can wring hundreds or even thousands of dollars of benefits from them, via cash back and other rewards. If you're not so savvy, you can pay thousands more over your financial life because of sub-par credit scores and steep interest rates. For most people, it's smart to have at least one or two credit cards in your own name, and to keep your credit score high.