Study: Americans Spend One-Third of Their Income on Debt 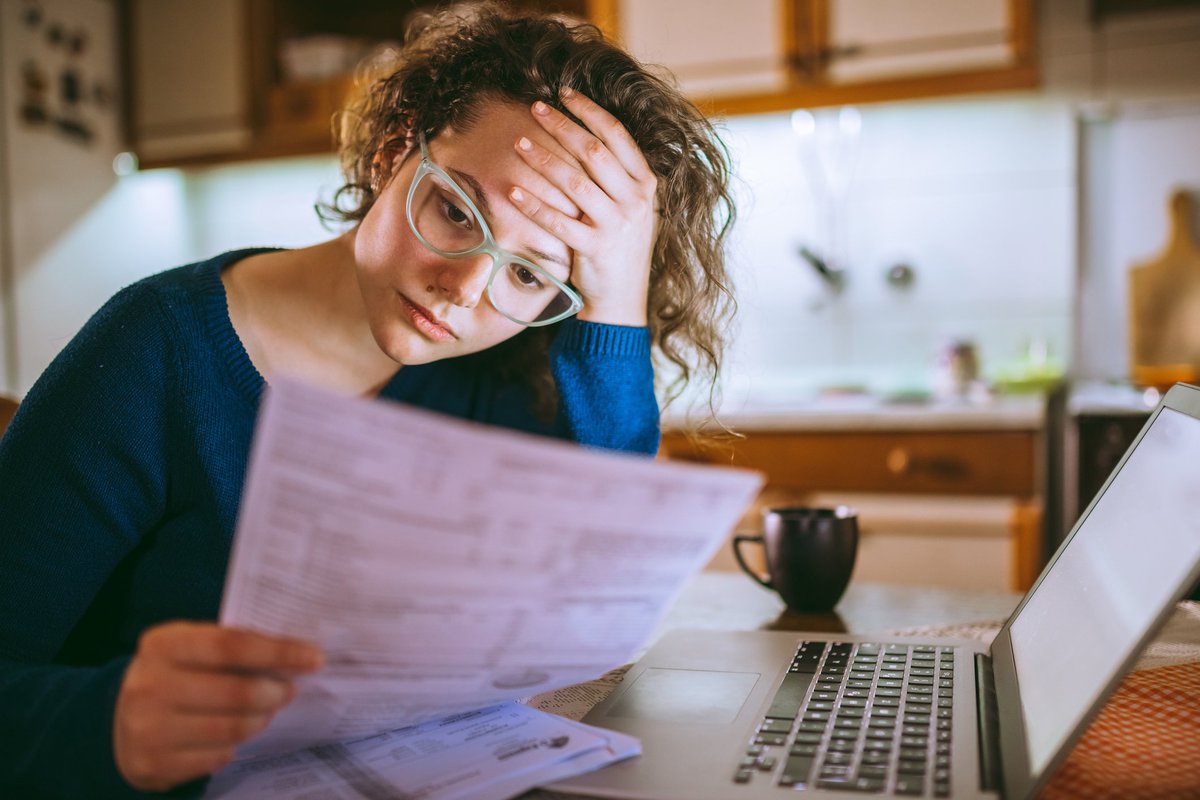 Yes, that's a large chunk. And here's what to do if it applies to you.

There's no question that debt is a drag, but too much of it can really throw your finances for a dangerous loop. And recent data from Northwestern Mutual reveals that Americans actually spend a whopping 34% of their monthly income on debt payments. It's no wonder, then, that 45% of U.S. adults experience debt-related anxiety on a monthly basis, and that 35% feel guilty about their predicament. Worse yet, 20% of Americans say their debt makes them feel physically ill at least once a month -- and that's not good.

If you're drowning in debt to the point where it monopolizes a third of your income, it's time to bust out of that cycle. Not only do your finances depend on it, but so do your mental and physical health.

To pay off debt, you need a plan, and yours should involve tackling your costliest, least-healthy debts first, and then working down your list from there.

Nearly one-third of Americans are paying more than 15% interest on their credit cards, reports Northwestern Mutual, so if you're part of that statistic, assume that's the debt to tackle prior to all others. From there, you can move on to tackle other debts that aren't costing you as much.

Another thing: While credit cards and mortgages are Americans' main source of debt, the latter is a healthy type to have, but the former isn't. In fact, your mortgage should generally be your last debt to pay off, since there are tax incentives to reap while you're making those monthly payments.

Ultimately, having a debt payoff plan won't do you much good if you don't have the money to see it through. To that end, you'll need to really rethink your budget and carve out savings opportunities on a regular basis.

What exactly does that mean? Say you normally spend $800 a month on non-essential expenses, like restaurants, cable, and entertainment outside the home. If you're drowning in debt to the point where you are spending one-third of your income on repayments, then you'll need to cut that $800 down to, say, $400, to free up money to follow your plan. In fact, you may need to cut back on essential expenses too -- for example, giving up a car you can get by without, or downsizing your home to lower your rent costs.

Of course, it's worth noting that going to such extremes is by no means easy. If you're able to chip away at your debt steadily without resorting to drastic measures, then you may be fine to stick to lower-key changes, especially if you look into getting yourself a second job. The money you earn from it won't be earmarked for ongoing bills, so you can, ideally, use it to pay down large chunks of debt at a time.

Otherwise, if you do need to make extreme lifestyle adjustments, remind yourself that these changes are only temporary and that a bit of sacrifice for, say, a year could spare you years of debt payments.

Paying down your debt to have it not eat up so much of your monthly income is smart. But what can you do to avoid a repeat scenario?

First, keep following a budget to keep your spending in check. Secondly, avoid spending your entire paycheck. If you bring home $3,500 a month post-tax, don't make plans to spend the full $3,500. Once you pay off your debt, you should have a lot more money on your hands on an ongoing basis, so put it to good use.

Build a solid emergency fund, or start saving for your golden years. Ideally, you should actually be socking away 15% or more of your income for retirement, so if you manage to free up one-third by getting out of debt, that actually becomes quite feasible.

It's one thing to spend a portion of your monthly income on debt, but if you're spending a third of it, that has to stop. The sooner you're able to break that cycle, the sooner you'll feel better about your finances on a whole.