This Accidental $5,700 Latte Charge Might Convince You to Ditch Your Debit Card 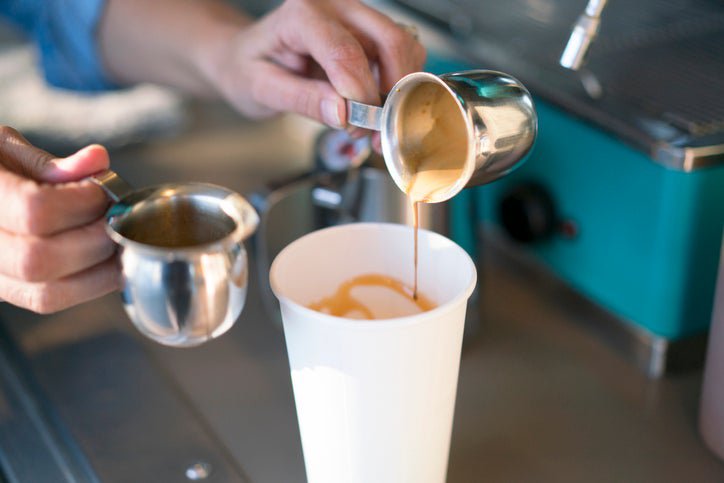 Here's what could happen if you're accidentally charged thousands for your next cup of coffee.

No matter what you're buying, $5,700 is a lot of money to spend. But if you're buying a latte, that's an astounding amount of money -- especially for just a cup of coffee.

A few months ago, one woman in Colorado was charged that much after she used her debit card to make the purchase. She ended up overdrafting her account, and the incident created a stressful few months for her as she tried to get the charge reversed. Keep reading to learn more about the story and to see why a debit card can make unexpected issues like this more complex.

The trouble with debit cards

Here's what happened: A local woman met an out-of-town friend and her children at the Gaylord Rockies Resort and Convention Center in Aurora, Colorado. They met up on Christmas Eve to go ice skating.

While there, she used her debit card to purchase a cinnamon dolce latte. What should have been a $5.70 purchase ended up accidentally being rung for much more -- so her card was charged for $5,705.70. After the weekend passed, she received an insufficient funds alert from her bank. What she assumed would be a simple refund turned into a more complicated situation that lasted months.

Four weeks later, on January 22, the woman was told that the hotel had processed a refund to her bank. Her bank, USAA, never got the funds. USAA did credit her account for the amount but later removed the credit since they still had not received a refund from the hotel. USAA again gave her credit, but it's still provisional credit. Months later, she is still waiting for the funds to be permanently returned to her account.

Why you may want to use credit cards

The initial charge was a mistake, but it created months of stress and frustration. If you're using a debit card for your everyday purchases, you may want to think about switching to a credit card.

Here's are some of the dangers that come with using a debit card:

The good news is that when you use a credit card, it can offer more protection and make an incident like this one less stressful. Here are some of the benefits that come with using a credit card for your regular daily purchases:

The next time you go to pull out your debit card, you may want to think again. It's a smart idea to rely on credit cards for your purchases. They offer added protection, they're convenient, and in many cases, you'll be rewarded for using your card. Take a look at our list of top rewards credit cards to find the right one for your needs.