What Dave Ramsey Is Missing in His Financial Advice

Ramsey’s advice has inspired millions of people to pay off their debt, but it’s far from financial gospel. In fact, sometimes, it’s downright wrong. 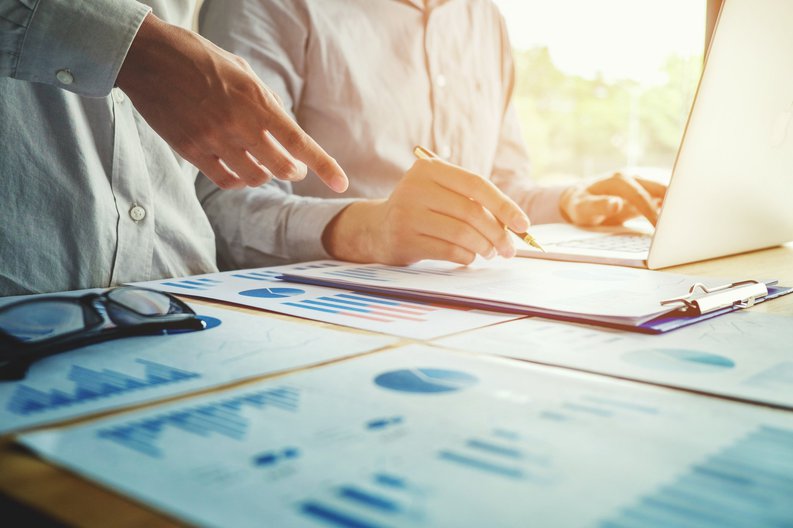 Dave Ramsey has built a multi-million dollar empire from his hard-line financial advice, along with a cult-like following that swears by the Ramsey methodology. At the center of all of his courses, books, and blog posts, you’ll find a simple but strict philosophy: Debt is always bad, and credit cards should be avoided at all costs.

Does that mean that we should all cut up our credit cards and swear off debt for life? Here’s why I’m not so convinced.

What Dave Ramsey gets wrong about credit cards and debt

According to Ramsey, credit cards make it easier to overspend, they tempt us to carry a balance and fall into debt, and they’re a poor substitution for an emergency fund when unexpected expenses arise. All of this is true.

However, some of his other claims regarding credit cards are questionable at best. Here are a few examples.

“Paying with a debit card online is just as secure as using a credit card.”

Credit cards are a great way to add an extra layer of security to your purchases. By law, credit cards limit your fraud liability to just $50, and the best credit cards have $0 liability policies. With a debit card, on the other hand, you can be held legally liable for up to $500 in fraudulent purchases.

“There’s no such thing as credit card rewards.”

While this is just blatantly false, the idea behind it does make sense. If you’re carrying a balance month-to-month, your interest fees will cancel out any rewards you’re earning.

However, it is possible to use credit cards without paying any money in interest. Pay off your credit card in full each month, and the rewards are very real -- especially if you’re strategic about using the most lucrative rewards credit cards. If you’re able to amass a lot of credit card points, you could be taking your family on an all expenses paid vacation next year.

“You absolutely can live without a credit score.”

If you have bad credit, you’ll likely need a good secured credit card in order to build your score back up. Ramsey recommends letting your score disappear altogether if it means handling credit cards. Credit scores, he claims, are unimportant -- file that under popular credit score myths.

While it isn’t the only indicator of financial responsibility, your credit score is certainly important. I spoke with Kyle Winkfield, managing partner of OWRS Firm, a financial planning team in Washington D.C., and he couldn’t disagree more. “Having no credit history is just flat out wrong in today’s society,” he told me.

Even plenty of money in savings and an impressive income isn’t enough to woo lenders into giving you the best rates. Your income indicates your ability to pay, but your credit score indicates whether or not you actually will. Without that indicator, you’re considered a higher risk, which brings me to my next point.

“You can qualify for a mortgage and rent an apartment with zero credit.”

You can qualify for a mortgage with zero credit, but it is a lot more difficult and more expensive. You’ll have to prove to the lender that you’re not just able but also willing to repay your mortgage loan. In lieu of a credit score, Winkfield suggests at least four alternative credit tradelines as evidence, such as “a robust on-time payment history for rent and at least two utility bills.”

You’ll also need a handsome down payment. According to Adham Sbeih, CEO and co-founder of California-based real estate lending and investment firm Socotra Capital, you’ll need to make “a larger down payment than a conventional loan, likely at least 25% or more.”

Even still, Sbeih explains, you won’t be getting the best mortgage rates. “Generally speaking, the borrower should expect to pay nearly double the going bank rate. If the down payment is large enough with strong income, then the borrower can end up with a rate slightly higher than the bank rate.”

Ramsey purchased his $5 million home in cash and recommends you do the same. This ignores the fact that a person with excellent credit can often get mortgage rates far lower than returns they can earn elsewhere. As Sbeih explains, paying in cash means “giving up the ability to earn interest on that money” as well as losing immediate access to that cash.

“For everything else [other than a mortgage] -- even cars -- pay cash.”

Of course, buying a house in cash isn’t feasible for most people, and Ramsey isn’t completely detached from reality. He does encourage mortgage loans if you’re unable to purchase your house outright. But he neglects forms of smart debt that serve as an investment. Small business loans used strategically may also net more profit than they cost.

While cash is preferable, barring yourself from potentially lucrative investments like education, training, and capital just because you don’t have the cash on hand is unwise. Sbeih summarizes it perfectly. “Debt has inherent risk, but risk isn’t inherently bad… as long as it’s properly managed.”

Ramsey’s financial advice is extreme because the people he’s targeting have hit extremes in their financial lives. They’re $25,000 deep in credit card debt and three months past due on their rent. There is a certain kind of person for whom Ramsey’s advice makes perfect sense.

If you are incapable of controlling yourself when you have access to credit, you probably should swear off credit cards altogether. The higher rate you pay on your mortgage will surely still be much lower than the interest you’d pay if you racked up massive credit card bills.

If you don’t fall into this category, use Ramsey’s advice to pay down your credit card debt fast and then ditch him in favor of a more balanced approach. Take a note from Winkfield’s financial planning playbook instead. His advice? “Manage your credit responsibly. Consumer debt is bad. Having access to credit and getting it at a low rate is smart.”