It's never good to be in credit card debt -- but now may be an especially bad time for it. Here's why.

Carrying credit card debt has never been cheap. But recent research from the Consumer Financial Protection Bureau shows it may be more expensive than ever to owe money to credit card issuers. With the cost of credit climbing, it's especially important to swear off credit card debt and stop carrying a balance. That way you won't be spending so much money paying interest on your card that you can't accomplish your other financial goals.

Swearing off credit card debt doesn't mean you have to give up using your cards for good. There are many benefits to credit card use, including the ability to earn rewards for spending and to raise your credit score with responsible borrowing behavior. 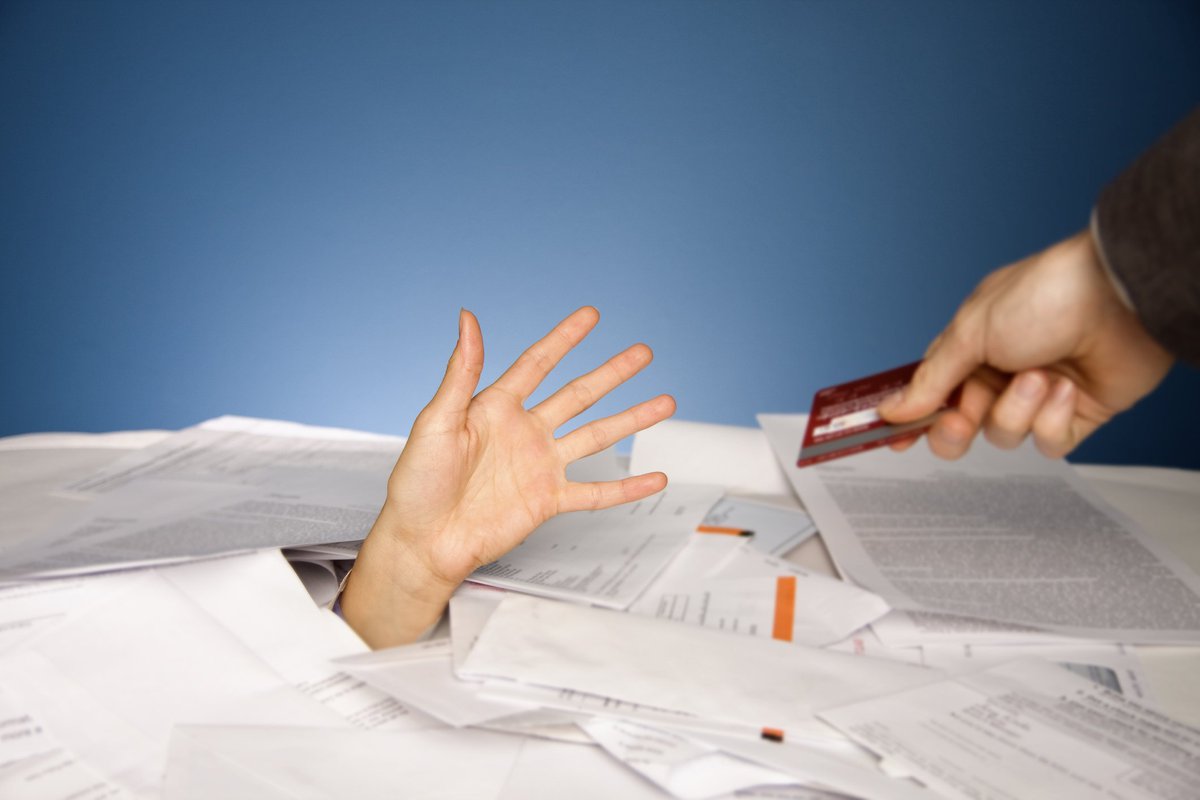 But you should commit to never carrying a credit card balance. Carrying a balance means you are throwing away money on interest, which, as interest rates rise, could cost you dearly.

The total cost of credit is higher than ever

According to the Consumer Financial Protection Bureau (CFPB), the total cost of credit on revolving accounts (credit cards) hit 18.7% in 2018. This is the highest level that has ever been observed by the CFPB in its biennial reports on the state of the credit industry.

Rising interest rates are a big reason for the high total cost of credit. Many credit cards charge consumers interest at a variable rate that is linked to financial indexes such as the prime rate. When the prime rate changes, credit card APRs go up and credit becomes more expensive.

While it is general purpose credit cards that have seen a rise in the cost of credit, on the whole, store-branded cards don't provide as many benefits. Typically, they can only be used at one store, for example. And while you can earn store-specific rewards, your points can rarely be spent with different merchants. You are also unlikely to be able to earn travel miles or cash back.

Staying out of credit card debt is more important than ever

With credit cards costing so much, it's more important than ever to avoid carrying a balance and paying interest. You also want to avoid credit card fees that could add to your costs, such as over-the-limit or late fees.

If you are already in credit card debt, it can be a challenge to pay it down -- especially with costs at record highs. One option to consider is taking steps to reduce the interest rate you pay on your current debt. You could try using a balance transfer credit card to transfer your existing credit card debt to a new card offering a 0% promotional APR. You can pay no interest while the 0% APR is in effect so you'll be able to repay debt much more quickly as more of your money goes to principal.

If you aren't in credit card debt, aim to avoid running up a balance you can't pay off in full. You can do this by sticking to your budget, tracking your credit card spending, and making sure you don't charge more than you can afford to cover at the end of the month.

With the CFPB alerting consumers to the fact that the cost of credit card debt has hit a record high, now is the time to swear off this expensive form of debt for good.

Pay back what you owe ASAP -- ideally after taking steps to lower the rate you're currently paying. And then steer clear of carrying a balance so you can reap the rewards of paying by credit card without high interest rates hitting your finances.