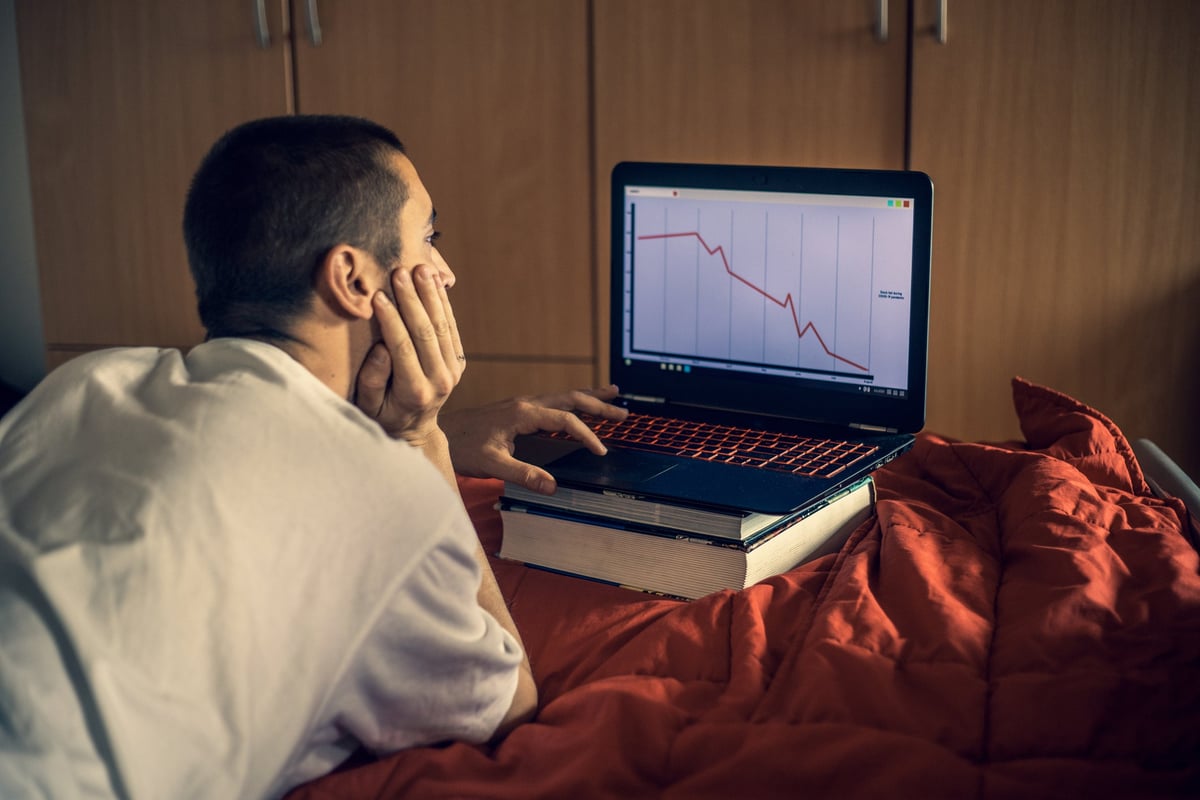 Are crypto investors irrational? This billionaire and veteran investor thinks so.

Magellan Financial Group manages more than 113 billion Australian dollars in global equities and global listed infrastructure. So, its chief investment officer Hamish Douglass knows a little something about what makes a good investment -- and what makes a risky one.

That's why it pays to listen to his warning about the cryptocurrency market.

Douglass, who is widely believed to be one of Australia's most successful fund managers, cautioned recently that it's inevitable the crypto market will crash and that even Bitcoin, which is the most well-established of the virtual coins, is likely to see its value go to zero.

Here's what Douglass had to say about why he believes the crypto market is doomed to blow up.

Douglass believes that cryptocurrency markets are likely to crash hard. "I predict all these forms of cryptocurrencies that are not backed by central banks or backed by assets will ultimately go to zero," he told the Australian Financial Review.

Douglass didn't just issue his dire warning -- he also provided some insight into why he believes virtual currency prices will take a dramatic tumble. Specifically, he believes that the crypto market is currently in a speculative bubble with prices being driven up by irrational behavior on the part of investors who are paying high prices for virtual currencies despite the fact that many have little intrinsic value.

"Cryptocurrencies, I have to say, are one of the greatest irrationalities I've seen in a very, very, long period of time because of the cult-like following it has behind it and the scale that is behind it," Douglass warned when speaking to the Australian Financial Review.

Douglass indicated he knows his position won't be popular and said that he was aware that he was opening himself up to potential attacks by issuing his warning about a coming crypto crash. However, he also indicated that he's confident the price of these investments has been inflated by people who are getting caught up in the hype surrounding Bitcoin and its rivals rather than making rational investment decisions based on a sound analysis of the crypto's prospects.

"There are millions and millions of people participating," he said, referring to the crypto craze that has driven up prices in recent years. "Some of the people, they've never invested before and the only bandwagon they've ever got on is the cryptocurrency bandwagon and it's almost like a religion."

Because of his stance on cryptocurrency, it's not surprising that none of the Magellan funds own any Bitcoin or other virtual coins. However, he's also expressed concern that the collapse of the crypto market could affect the broader markets if it affects investor confidence.

Despite his pessimistic outlook, Douglass didn't offer a prediction for when he believes the cryptocurrency bubble will burst. Instead, he told the Financial Review, "I can't tell you when that will happen by the way. It could happen shortly, it could happen quite some time into the future ... I think when we look back in 20 years it will be the case study of the irrationality."

Of course, Douglass' opinion is one of many, and others are more bullish on Bitcoin. But before you buy cryptocurrency investments, it's worth considering whether the billionaire could be right about the risk -- and the reason why cryptocurrency prices have risen so rapidly even as most coins have little utility in the real world.

Christy Bieber has no position in any of the stocks mentioned. The Motley Fool owns shares of and recommends Bitcoin and Ethereum. The Motley Fool has a disclosure policy.
Many or all of the products here are from our partners that pay us a commission. It’s how we make money. But our editorial integrity ensures our experts’ opinions aren’t influenced by compensation. Terms may apply to offers listed on this page.