Why You Could Regret Having Too Little Auto Coverage 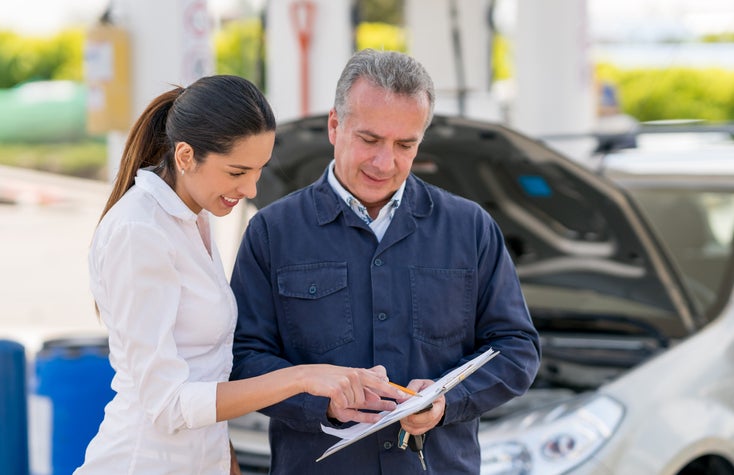 Drivers could end up with big out-of-pocket losses by trying to save money on insurance premiums.

But it is one of the most important uses of funds. And motorists who skimp on coverage could end up really regretting it if things go wrong. Here's why.

When shopping for insurance coverage, drivers have a choice of how much protection to buy and what type of protection to pay for.

Most states require a certain amount of liability coverage, which pays for damages insured drivers cause others. For example, motorists in many, but not all, states will be required to buy at least:

Different states have different minimum requirements. And purchasing only what is required will usually lead to cheaper premiums -- which could seem attractive. But there are a few big problems drivers could face by buying too little coverage.

Insurance may not cover all the damage others experience

The first big problem is that minimum coverage limits are often pretty low. A liability policy is supposed to pay for legal bills after an at-fault accident, as well as any damages owed to victims of the crash.

So a serious accident could easily lead to way more than $25,000 in damages. In fact, there are many situations where accident victims file a lawsuit and end up with hundreds of thousands of dollars in damages for pain and suffering, and for lost wages.

There's a high likelihood that even minor accidents might cause more damage than insurance would pay for if the at-fault driver only has the minimum required coverage. A motorist who totals someone's expensive car will likely be responsible for a lot more than $15,000 in property damage.

The problem is, coverage will pay out only up to policy limits. That means an underinsured driver with minimum coverage could still be responsible for coming up with the rest of the money.

If the victims get a judgment against the at-fault driver, courts could enforce that judgment through wage garnishment or liens on assets. And a motorist in that situation is likely to regret not having purchased more protection.

Insurance may not cover the policyholder's damages

There's another big problem with buying too little insurance. Drivers who don't pay for optional policies could be left on their own to pay for all of their losses.

For example, a motorist without a collision policy could get stuck paying for expensive repairs or for a new car after theirs is damaged beyond repair by a crash they caused or by a single-car accident. If a deer runs in front of a vehicle and causes $10,000 in damages, for example, that bill would be theirs alone to pay. Likewise, if a car is stolen, a driver without enough coverage would be on the hook to replace it if they hadn't paid extra premiums for a comprehensive policy.

It's crucial to buy plenty of protection so whenever something goes wrong, an insurer is there to help pay for it.

Don't end up with regrets due to insufficient coverage

The reality is, most people can't afford to pay for a new car without help from an insurer, nor do most people want to end up working for decades to pay for car accident damages they inadvertently caused.

Auto insurance provides crucial protection against devastating financial loss. No driver can predict when an accident will strike, so all motorists should make sure to get the right car insurance protection in place before something goes wrong and it's too late.