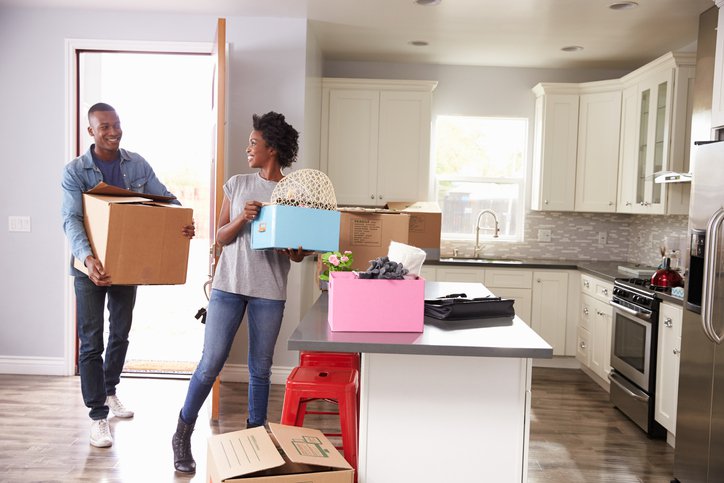 What explains this borrowing frenzy?

Americans have borrowed a lot of money to buy homes recently. According to recent research, total outstanding mortgage balances on consumer credit reports increased by $182 billion between the third quarter of 2020 and the end of December last year.

That's a big increase in total mortgage debt in a short time. In fact, data from the New York Federal Reserve shows the number of newly initiated mortgage loans hit a new record high. Lenders actually issued $1.2 trillion worth of new mortgage loans in the last quarter, which includes both refinances and new purchases.

All this borrowing activity may have you wondering why so many people were so eager to get home loans at the end of last year. And there are a few good answers to that question.

Americans were eager to apply for mortgages as rates plummeted

The single biggest reason so many Americans took on so much mortgage debt is it was incredibly affordable to get a home loan last year. In fact, over the course of 2020, mortgage rates hit a new record low a whopping 15 times. This was based on data from Freddie Mac, which has been keeping tabs on interest rates for home loans for close to 50 years.

Many factors drove rates down. One was the fact that the Federal Reserve bought trillions of dollars in mortgage debt in an effort to help bolster the economy.

As interest rates dropped, it cost less than ever to borrow and buy a home. It was once unimaginable to get a 30-year fixed-rate loan for under 3.00%, but this became the norm. And Americans scrambled to take advantage of these record low rates by purchasing new homes or refinancing existing loans.

When mortgage rates drop, not only do homeowners want to take out loans, but it can also be easier to qualify for larger loans. The economic uncertainty caused by the COVID-19 pandemic meant lenders actually got stricter in their qualifying standards. But tighter credit standards didn't prevent many Americans from borrowing.

See, lenders consider your debt relative to your income and they won't allow you to borrow more than a certain percentage of your earnings. Low interest rates lead to smaller monthly mortgage payments, so you may be able to borrow more money.

The widespread lockdowns also prompted changes in consumer behavior that helped fuel the mortgage frenzy. The rise in remote work freed people up to relocate. In some cases, that meant moving out of cities with unaffordable real estate to areas where it was possible to buy a home. Americans sheltering in place also looked for bigger homes to better accommodate the needs of their families.

One final factor is that fewer homeowners wanted to sell, even as demand rose. And this drove property prices up. As homes became more expensive, buyers had to pay more -- and so took out larger mortgage loans.

All of this helped contribute to the fact that outstanding mortgage loan balances grew by leaps and bounds last year. The good news is, mortgage debt is generally considered "good debt," because homeownership helps build wealth.

Hopefully, most of the Americans who borrowed to buy a home last year made sound financial decisions. If so, the big rise in mortgage debt could turn out to be a good thing.