Before You Buy a Home in a Nicer Neighborhood, Consider This Pitfall 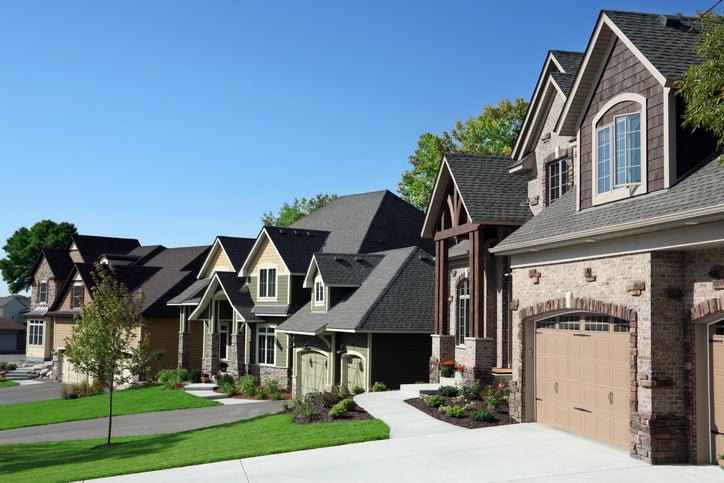 Pushing yourself to buy a more expensive home could backfire in more ways than one.

Years ago, my husband and I were living in a starter home when we decided to buy a larger one in preparation for our growing family. We ultimately decided to purchase a new-construction home in the neighborhood we were already living in. But before we made that call, we searched in other neighborhoods, too.

Some of those neighborhoods were comparable to ours, but there was one area that caught our attention. The homes were larger, they came with a lot of land, and they were generally newer and well maintained. My husband and I could have technically afforded a home in this particular neighborhood, though it would've been a stretch. But in the end, we decided not to move there because the neighborhood didn't fit our financial personality.

Keep reading to learn more about how the neighborhood you live in can come with some unforeseen costs.

Keeping up with the Joneses could be your downfall

There are a lot of good reasons to buy a home in a nicer neighborhood. For one, schools may have better funding. But if you move to a place where homeowners earn far above the average income, you may be tempted to spend more money on things you normally wouldn't be concerned with. In the end, this could hurt your finances.

As we drove around to view some properties, we realized we would have been buying one of the smaller homes in the area. We also noticed every car parked outdoors was a higher-end model. When we thought about it, we realized that the people who lived in that neighborhood were probably a lot wealthier than we were.

This had the potential to create issues for us. After all, we didn't want to land in a situation where we felt like we should go on a fancy vacation every time there was a school break or where our kids were the only ones who didn't have private tutors and cell phones at the age of seven.

In the end, a big reason we didn't buy a home in that neighborhood was because my husband and I have always preferred to live below our means. Even now, we drive a 14-year-old car. It has its share of issues, but it's paid off and still functional.

And even though our income has risen since buying our current home, we'd still rather stay where we are. The home in the higher-end neighborhood would be well within our reach now, but we like our affordable mortgage payment. Plus, the more low-key neighborhood better aligns with our financial personalities.

If you're looking to buy a home in a nicer part of town and you can afford it with ease, then there's no reason not to go for it. But if that home is a stretch, think about the other ways you might end up pushing yourself financially once you move in. Will you be comfortable driving an old clunker around the neighborhood when everyone else has a fancy car? Will your kids fit in well enough if they're among the only ones who don't wear designer clothing or have the newest gadgets?

This isn't to say that everyone who lives in a higher-income neighborhood is showy and has a ton of money to throw around. But it's also fair to say that a neighborhood where the average home price is $1 million is more likely to be filled with wealthier people than other neighborhoods. Think about what it means to move to a more expensive neighborhood before you make the decision to buy a house there. That way, you may not wind up regretting your decision after the fact.