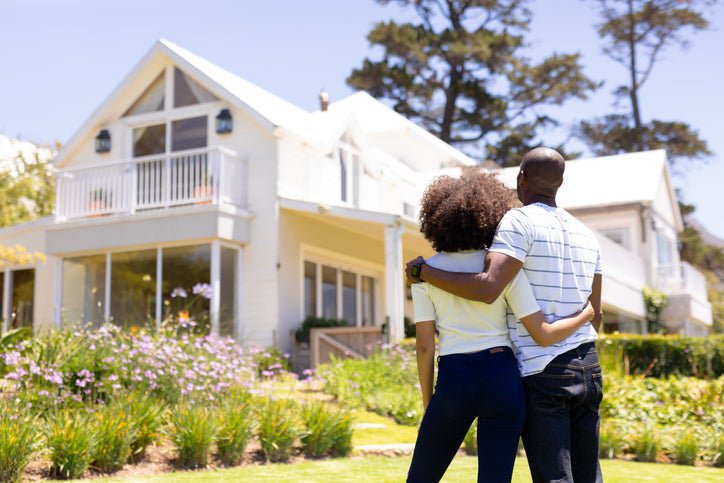 Lending discrimination is a big problem. Will President Biden do something about it?

Homeownership has long been the American dream, but for many families, it's the ticket to financial stability. Owning a home means getting to build equity in a property with the potential to increase in value over time. It also means not being subject to a landlord's whims, and not having to grapple with rent increases or other surprises.

But unfortunately -- and disturbingly -- new data from the National Association of Realtors reveals that Black home buyers may be the target of discrimination from lenders. Specifically, in a survey home buyers took in 2019 and 2020, 10% of Black mortgage applicants were rejected. By contrast, only 4% of white applicants faced a similar fate, which means the rejection rate for Black buyers was 2.5 times higher. What's more, 41% of Black mortgage applicants felt they faced stricter borrowing requirements because of their race.

It's common practice for mortgage lenders to impose strict criteria before issuing loans. Specifically, lenders tend to require high credit scores, low debt-to-income ratios, and proof of stable income. However, those standards are meant to apply equally to all borrowers, regardless of race.

But Black mortgage applicants need not give up hope. As part of his presidential campaign, Joe Biden pledged to end discriminatory lending practices and make homeownership more attainable for people of color. And as he works to make good on that promise, there could be some positive changes in store.

Lending discrimination has long been a problem, and the president intends to hold institutions accountable for it. He also plans to implement the Obama-Biden Administration's Affirmatively Furthering Fair Housing Rule, which mandates that communities receiving certain federal funding proactively examine housing patterns and address policies that have a discriminatory effect.

In addition, Biden intends to address the problem of exclusionary zoning -- the process of keeping people of color and low-income families out of certain communities. Biden plans to require any state receiving federal dollars through Community Development Block Grants or Surface Transportation Block Grants to develop a strategy for inclusionary zoning, as proposed in the HOME Act of 2019. Biden also plans to invest $300 million in Local Housing Policy Grants to give states and municipalities the support they need to do away with exclusionary zoning.

All told, the Biden administration has the power to change the housing market for the better -- to take steps to ensure applicants aren't denied mortgages or homes in certain areas due to the color of their skin. The fact that Black applicants have a much higher home loan rejection rate than white applicants is a sign that more oversight is needed for the mortgage industry as a whole. Hopefully, that's something the president will focus on as he fights a pandemic and attempts to dig the U.S. economy out of a very deep hole.