Do Unemployment Benefits Count as Income When You Apply for a Mortgage Refinance? 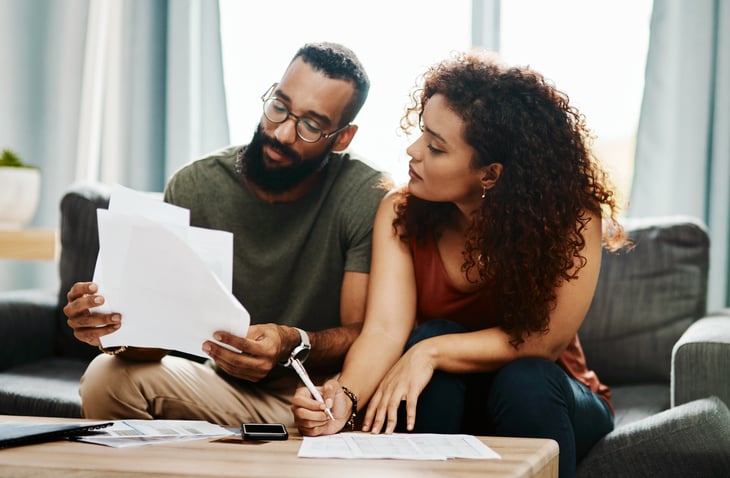 Unemployment benefits might pay you money -- but they don't count as income.

Millions of Americans have lost their jobs in the course of the COVID-19 pandemic. Thankfully, those who find themselves out of work through no fault of their own are usually entitled to weekly unemployment benefits.

If you're unemployed, you may be eager to trim as many expenses as you can -- and that includes your mortgage. And refinancing is a good way to make a mortgage less expensive.

When you refinance a home loan, you swap your existing mortgage for a new one -- specifically, a new one with better terms, like a lower interest rate. And the lower your rate, the less you'll spend on your monthly payments.

But to qualify for a refinance, you need to meet a few key criteria:

And unfortunately, if you're unemployed, you may not meet the income requirements needed to snag a refinance.

Unemployment benefits count as income for tax purposes, so you'd think it would only be fair for mortgage lenders to count them as income too. But not so.

The reason is that unemployment benefits are paid on a temporary basis. When you go to refinance, your mortgage lender will ask for proof of a steady income. You'll usually need to provide a few recent pay stubs to show that you're gainfully employed, and if that's not the case, you may not be able to refinance your mortgage.

That said, in some cases, you may have options despite being unemployed. First, if you're married and are applying to refinance jointly with a spouse, you may be able to get approved on your partner's income alone. Imagine you normally earn $50,000 a year and your spouse earns the same. If all it takes is a $50,000 salary to qualify for the loan amount you're seeking, your unemployment status won't matter.

Furthermore, in some cases, a lender may be willing to make an exception if you're a seasonal worker who expects to return to a job. For example, perhaps you're jobless now because you work at a ski resort that won't be opening until November. If your employer sends a letter confirming that you'll be rehired, you may be able to get approved for a refinance, especially if you have other assets, like money in the bank, that make you a less-risky borrower.

But generally speaking, you should know that your unemployment income won't count as income with regard to refinancing, and so if you're out of a job, you may also be out of luck. This especially holds true right now, when lenders are being even more stringent about borrowing practices due to the ongoing pandemic.

The good news, however, is that mortgage rates have been extremely competitive for much of the year. So if you manage to get back to work later on in 2020, you may still be able to capitalize on some very appealing offers.