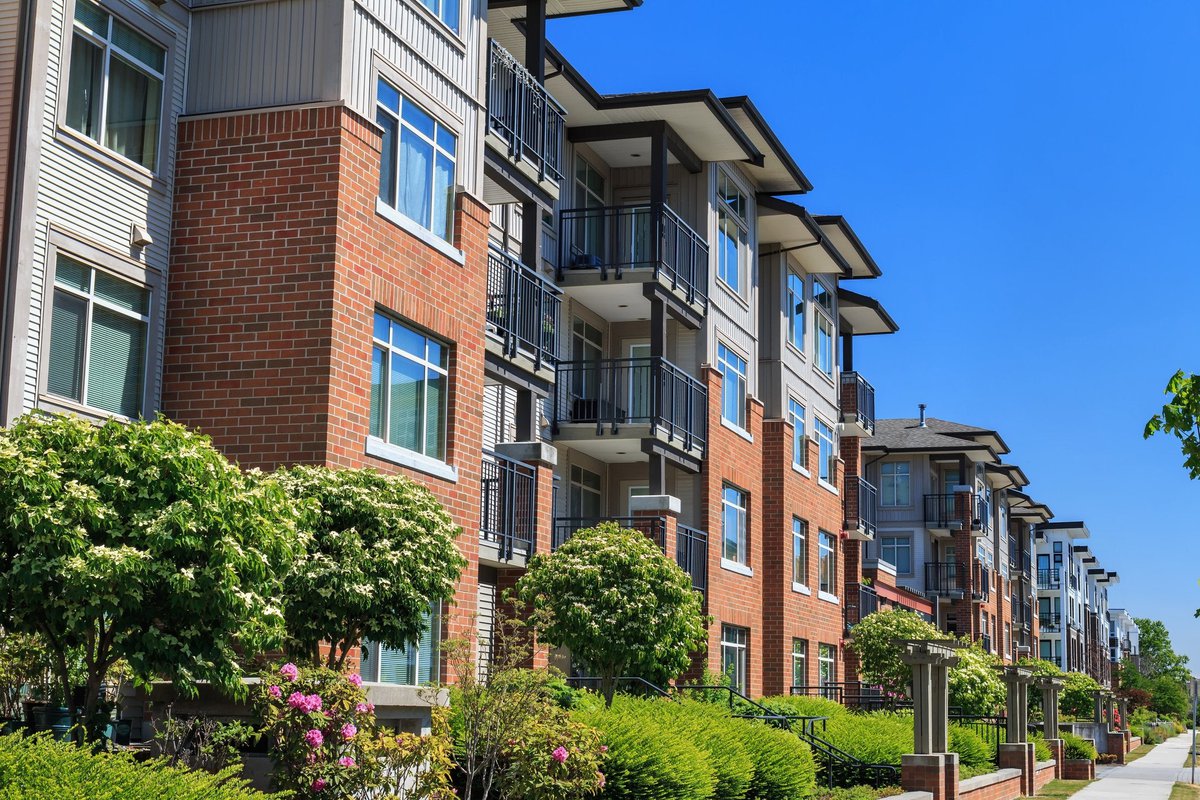 The coronavirus pandemic has hit a lot of homeowners hard. Over the past 10 months, millions of Americans have struggled with income loss and depleted their savings accounts in an effort to stay afloat. Thankfully, there's been relief available for homeowners in the form of mortgage forbearance.

Forbearance allows borrowers to hit pause on their monthly mortgage payments without incurring late fees or penalties, and without being reported as delinquent to the major credit bureaus. And now, multifamily property owners (those who own homes with more than one unit available for occupancy) are being given more forbearance leeway. Specifically, the Federal Housing Finance Agency (FHFA) has extended multifamily property forbearance through March 31, 2021. During this time, owners of multifamily properties won't have to make their usual mortgage payments to their mortgage lenders. But while this extension benefits landlords, it also works to tenants' advantage.

A lifeline for landlords and tenants

Many multifamily property owners earn a living by collecting rent from their tenants. The problem, however, is that many tenants have been unable to pay rent because their income took a hit during the pandemic. Mom-and-pop landlords across the country have, in turn, needed forbearance to avoid becoming delinquent on their housing debt. Now, borrowers with mortgages for multifamily properties can either enter into a new forbearance agreement or, if eligible, modify an existing one through March 31. Previously, that deadline was set to Dec. 31, 2020.

Furthermore, property owners who enter into a new or modified forbearance agreement must inform their tenants in writing about the extended protections they're entitled to. They also need to agree not to evict tenants while their mortgages are in forbearance on the basis of not paying rent alone. In other words, a landlord can still attempt to evict a tenant who violates a lease agreement by, say, smoking indoors when that's not allowed or having a pet when that clearly goes against the rules. But a landlord with a loan in forbearance can't evict a tenant if the only offense is not paying rent.

Get $150 off closing costs with Better.com Mortgage

Meanwhile, as just mentioned, tenants are entitled to extra protection while their landlords' mortgages are in forbearance. That includes giving tenants at least 30 days notice to vacate in situations where evictions are allowed. Landlords can't charge late fees for past due or late rent. They also have to allow tenants to repay past due rent over time, as opposed to a lump sum. Incidentally, that latter protection applies to mortgages in forbearance, too. Right now, lenders can't compel borrowers to catch up on skipped payments during forbearance in a single lump sum once their arrangements come to an end.

It's not just regular homeowners who are hurting

Many regular homeowners have had no choice but to hit pause on their home loans in the course of the pandemic. But the Urban Institute estimates that as of late December, roughly 12% of landlords had mortgages in forbearance, too. Extending that relief is a positive thing, because it, in turn, helps buy struggling tenants extra protection.

Our expert recommends this company to find a low rate - and in fact he used them himself to refi (twice!). Click here to learn more and see your rate. While it doesn't influence our opinions of products, we do receive compensation from partners whose offers appear here. We're on your side, always. See our full advertiser disclosure here.