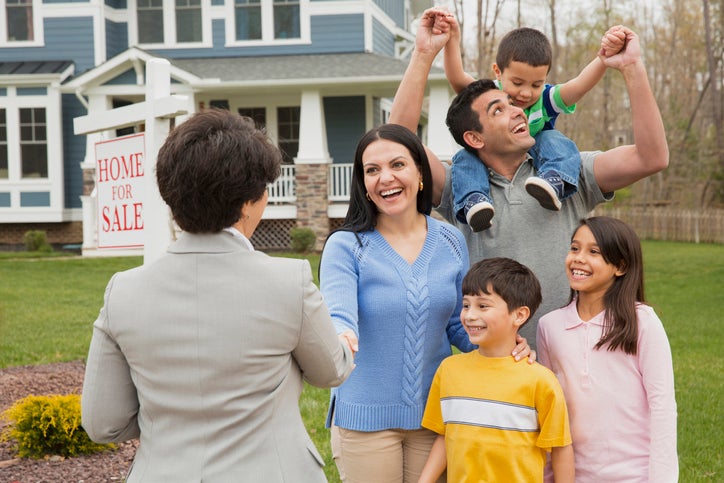 By cutting things that others find "essential," Sam and Kari have figured out how to have more than enough and do the things that matter to them.

Sam and Kari Zelinka of Madison, Wisconsin, are a fascinating couple. They're comfortably employed and live below their means. Given their academic and professional backgrounds, they could have chosen to live anywhere in the world, yet they settled with their three young daughters not far from where they grew up. They're busy, but Sam finds time to produce a popular blog covering personal finance issues for federal employees.

It didn't take long into a recent interview with Sam to realize that the 38-year-old has a clear list of priorities. Not once did he mention that he was a recipient of the Presidential Early Career Award for Scientists and Engineers, bestowed by the U.S. government to a select group of scientists and engineering professionals.

Instead, Sam focused on what's important to him: His family, financial freedom, and helping other government workers navigate the myriad of (sometimes confusing) government benefits.

Here, we'll look at each of his passions and talk about how Sam and Kari managed to pay their mortgage off in 10 years -- three kids and all.

The path to freedom

About five years ago, the Zelinkas decided to take the path less traveled. While other couples their age were buying new SUVs and large homes to accommodate growing families, Sam and Kari decided to vanquish all debt. As they saw it, debt was all that was standing in the way of what they genuinely care about -- spending time together as a family.

They adopted tips from the Financial Independence, Retire Early (FIRE) movement and came up with strategies of their own to rid their lives of debt. Their two most significant financial obligations at the time were their mortgage and childcare.

As happens, the older two children aged out and moved on to grade school, which helped to minimize those costs. With only one left in daycare, it's just a matter of time before she is also in school. And so, the couple were able to turn their attention to erasing their mortgage. They still had bills to pay and monthly obligations to see to, but here's a snapshot of how they paid their mortgage off in full.

By counting every dollar

When they first married, Kari had just graduated from college and started her first job, and Sam was still in school. He admits that things were pretty tight during those days. Though they didn't know it at the time, the budgeting method they were using was "zero-based."

In short, zero-based budgeting means that there is "zero" difference between your monthly income and monthly expenses. Here's how it works:

By having a plan for "found" money

Another smart thing Sam and Kari did was to set aside "found" money. If one of them got a raise, tax refund, or any other "extra" funds, they set the money aside to pay for expenses that were sure to arise, like car repairs, home improvements, and vacation. Everything else went into checking.

By refinancing and using spare change

According to Sam, interest rates plunged around 2016. That's when they decided to:

As Sam explained, "It did not increase our mandatory payments by too much because the interest rates dropped, but it did greatly accelerate how much we were putting towards principal each month."

And according to Sam, every spare coin they came across went to their mortgage lender. "Sometimes, we made 10 or 12 deposits toward the principal in a month," Sam said.

While they can certainly afford a more expensive vehicle, Sam and Kari share a 2015 Mazda 5 and spend less than $2,000 on transportation -- including about $600 on full coverage auto insurance.

Otherwise, they use one of the six bikes they own to get around and even have a cargo bike large enough for a parent and all three girls. Both Sam and Kari work within two miles of home, so that means when they're not biking, they're walking to the office. The savings on transportation was one of the reasons the Zelinkas could pay down their mortgage.

According to Sam, he and Kari still have the Mazda. "We drive it less than 5,000 miles per year," he said. "I think we'll have it forever."

Living far below your means can add stress to any relationship. Sam and Kari avoid a sense of deprivation by depositing a specific amount of money each month into personal checking accounts that the other has no access to.

Sam explains: "This works out really well for us. We don't fight about whether someone is buying lunch at restaurants or fancy coffee. It's a relatively large percentage of our spending (5%) but totally worth it to not fight about money."

By focusing on experiences rather than stuff

Asked how his three girls respond to the family's frugal lifestyle, Sam pointed out that they don't miss anything because nothing has been subtracted from their lives. Besides, they never hear their parents argue about money and aren't subject to underlying financial stress.

When they want to do something fun, they head outside to ride their bikes and have a picnic. And a few years ago, they spent a month living in Denmark. Sam calls travel the family's "biggest splurge."

Blogging to help others

Sam started his blog GovWorkerFi as a way to document his path toward financial independence. It turned into an easy-to-understand guide that helps other government employees become more fully aware of their benefits.

Sam now has a place where other government workers can learn more about things like retirement, background checks, federal cost-of-living adjustments, and parental leave. And, as mentioned, Sam uses the blog to journal about the path he and Kari are on to total financial independence.

Whether or not the girls get the latest toys at the same time as their friends or Sam and Kari ever buy a new car is irrelevant because they've managed to figure out how to live life to the fullest without going to bed stressed about money. He's working now to help others do the same.