Nearly 20% of Renters Are Behind on Payments 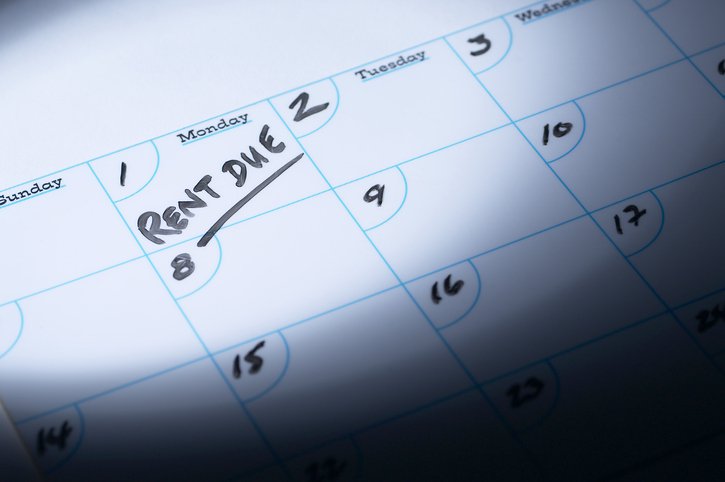 The coronavirus pandemic has left one in five renters with no choice but to fall behind.

Millions of Americans have been hurt financially in the course of the coronavirus pandemic. Unfortunately, a lot of these same people don't have savings to fall back on in the event of job loss.

As such, it's not surprising to learn that 18% of U.S. renters -- roughly 10 million tenants -- were behind on their rent payments at the beginning of January. All told, according to a report by Moody's Analytics and the Urban Institute, these renters owe their landlords an astounding $57.3 billion.

There are protections in place to prevent renters from getting evicted right now. But eventually, those safeguards will run out. The question is: What happens then?

President Joe Biden recently extended the eviction moratorium for renters through the end of March. Between now and then, landlords cannot attempt to evict tenants on the basis of not paying rent. They may, however, have grounds to seek eviction if another lease term is being violated.

Now there's a good chance that come late March, that moratorium will get extended once again, since the economy is unlikely to have recovered. But there will come a point when lawmakers can't extend it any longer. And once that happens, millions of Americans could face the horror of homelessness.

The fact that many landlords are also struggling financially compounds the problem. A large number of U.S. landlords aren't major property management companies, but rather, mom-and-pop landlords who rely on rental income to stay afloat and pay their own mortgages. As such, these landlords can't afford to simply let their tenants off the hook. Once federal eviction bans run out, they may seek to force tenants out -- not out of cruelty, but desperation.

Of course, tenants are generally given an opportunity to get current on their rent before the eviction process kicks off. But right now, the typical renter who's behind on payments owes $5,600, including utilities and late fees. And that's a pretty substantial sum to catch up on, especially for those who have been out of work.

In late December, lawmakers passed a $900 billion coronavirus relief measure that included $25 billion in rental assistance. That aid is currently being distributed at the state level and can be used to catch up on overdue rent. But given that landlords are owed an estimated $57.3 billion, that $25 billion total falls very short.

Landlords who haven't been able to collect rent have, thankfully, had the option to hit pause on their home loan payments during the pandemic -- an option known as mortgage forbearance. But forbearance maxes out at 360 days. At this point, there could be many property owners who haven't been making payments since the outbreak first erupted in March or April. With that 360-day time limit coming up, it's not just renters who will face homelessness in the absence of adequate protection. If things don't improve rapidly, some of the landlords who rent to them may find themselves in a similar boat.

Maurie Backman has no position in any of the stocks mentioned. The Motley Fool owns shares of and recommends Moodys. The Motley Fool has a disclosure policy.
Many or all of the products here are from our partners that pay us a commission. It’s how we make money. But our editorial integrity ensures our experts’ opinions aren’t influenced by compensation. Terms may apply to offers listed on this page.