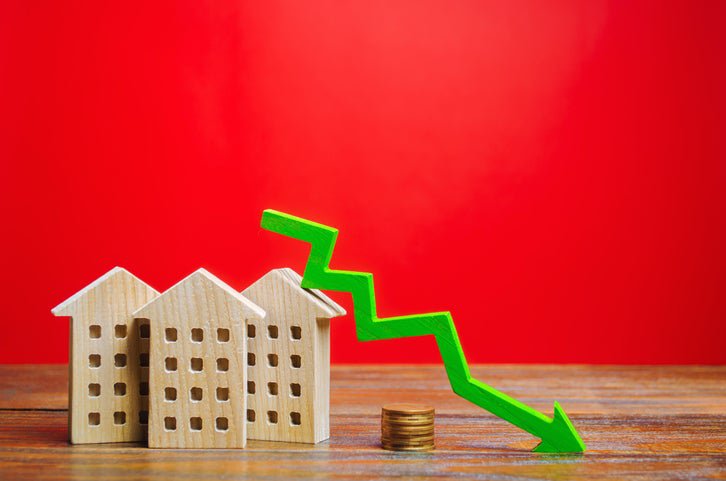 Mortgage refinance rates keep climbing -- and that seems to be turning borrowers off.

There was a point not long ago when mortgage refinance rates dropped to historic lows. During the latter part of 2020, many borrowers rushed to apply for new mortgages to capitalize on those attractive rates.

But for the past month, refinance rates have climbed steadily, and while they remain competitive on a historical basis, they're not nearly as enticing as they were just months ago. The result? Refinance applications have declined sharply. The Mortgage Bankers Association reports that applications to refinance a mortgage are down 39% compared to a year ago. For comparison, a few months ago, refinance application volume was more than 100% higher than the previous year.

Will refinance rates continue to climb?

Refinance rates tend to be a bit higher than purchase mortgages rates, and both sets of rates have risen steadily over the past number of weeks. There are a few factors contributing to this increase. First, there are signs that the U.S. economy may be beginning to stage its recovery. The U.S. unemployment rate declined in February (though only by a modest margin compared to January), and with coronavirus vaccinations becoming increasingly available, there's hope that progress is being made to bring the pandemic to an end.

What's more, last week, the 10-year U.S. Treasury bond yield reached its highest level in more than a year. And the 10-year Treasury yield tends to influence mortgage rates, so when it rises, so do those rates.

All told, there's a good chance refinance rates will continue to move upward as the year progresses. The good news, however, is that rates are unlikely to jump sharply. So far, the increases at play have been gradual, which means that homeowners who are looking to refinance still have an opportunity to get in on some pretty competitive rates.

Of course, relatively low interest rates shouldn't be the only factor driving the decision to refinance. A lot of homes have seen their market value increase tremendously as buyer demand has surged. Borrowers sitting on added home equity (the amount of a home an owner owns outright) might consider doing a cash-out refinance. With that option, they borrow more than what they owe on their existing home loans and take the remainder in cash to use as they please. Cash-out refinancing can be a good way to consolidate non-mortgage debt, like credit card balances and personal loans. And it's a more viable option during periods when home values are at a high.

That said, not everyone who wants to refinance a mortgage gets to. Mortgage lenders have gotten stricter during the pandemic, so to qualify to refinance today, borrowers will need to come in with strong credit scores, low debt-to-income ratios, and steady incomes. Those who fail to check off the right boxes may be denied a refinance, or could get stuck with less attractive rates. But refinancing does still make sense for a lot of homeowners, despite a recent uptick in rates, and those looking to get in on the action may want to do so quickly -- before rates climb even more.