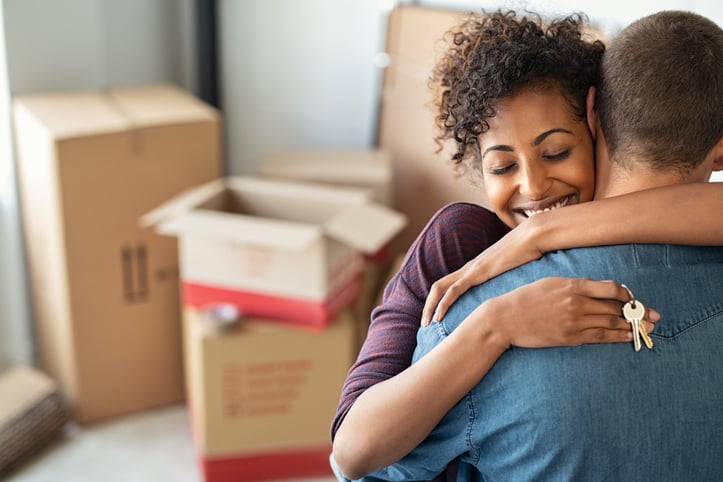 Should you approach your home search the same way you'd approach a dating app? It's a tactic that just might work!

Buying a home can be a time-consuming process -- one that requires a ton of patience and perseverance. So can dating, especially in the age of a pandemic where so many people are relying more on apps to meet people than in-person events.

Such was the case for Joe Perna and his wife, Nicolette Mechem. When the couple set out to purchase a home in Denver, they knew they'd need to keep an open mind to land on the right property. In fact, Joe and Nicolette decided to approach the process as they did dating. And it worked out very well for them in the end.

Joe had lived in Denver for 2.5 years before deciding to take the plunge and buy a home there, while Nicolette had lived there for six years. One thing the couple had to their advantage was that they'd each owned a home previously, just not together. As such, they knew what features they were looking for and understood what red flags to avoid.

When the couple sought to buy a single-family home, they knew they'd face steep competition. Housing inventory has been low on a national level, and Denver's housing market is no exception. Also, home prices have risen in Denver in recent years, especially for those looking to keep out of the suburbs. As such, Joe and Nicolette needed to approach their search with a pretty generous budget.

Finding a home within their budget itself wasn't so difficult. But what made things challenging was the number of buyers who kept coming in and making offers that were significantly over the asking prices of the homes. At the end of the day, Joe and Nicolette did have to stretch their budget a little bit to find their dream home, but since it didn't require any renovations, they had that wiggle room.

Both Joe and Nicolette were married previously before finding each other, so by the time they got together, they weren't strangers to compromise. It was that attitude that helped them come to an agreement on a home to buy. Joe was interested in looking at up-and-coming neighborhoods, while Nicolette wanted a more established neighborhood with a highly ranked school district. In the end, they found a corner of Denver that works well for both of them.

Meanwhile, one thing Joe and Nicolette took away from their dating experiences is the importance of being open to anything. In fact, both had a similar approach to dating -- go on a lot of first dates and see what's out there. Both even went so far as to date people who weren't the best fit on paper, but as Joe put it, sometimes, meeting in person can spark a connection that can't be achieved via online messages.

The couple felt the same way about house-hunting. Rather than rule out homes that didn't appear to check off the right boxes based on their listings, Joe and Nicolette toured about 40 houses in person before settling on the right one. Their logic was that seeing more homes would help them hone in on the things they did and didn't want in a house. And just as they fell head over heels for each other, so too did they eventually fall in love with the house they now call their own.

In today's red-hot housing market where inventory is so limited, you can only afford to be so picky as a buyer. Rather than write off homes because they look like the wrong fit on paper (or, more accurately, on screen), spend the time looking at different properties and see what they have to offer. You never know when a home that seems like the wrong fit might be so charming in person you're tempted to make an offer.

Of course, the one thing you shouldn't do is look at homes that are well above the top end of your price range. Taking on too high a mortgage could put you in a tight financial spot and lead to some very unfavorable consequences.

Meanwhile, Joe and Nicolette think they'll end up living in their current home for at least 10 years and maybe more. As was the case with dating and house-hunting, the couple doesn't know where life will take them and how long they're destined to stay put -- but they're ready to go with the flow and see what happens.