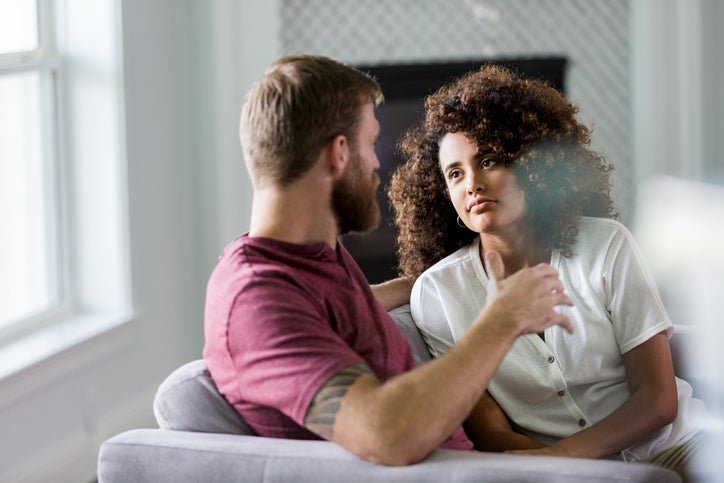 These would-be buyers are mentally exhausted after navigating a tough housing market for months on end.

When Jess and Chris set out to buy a home in the spring of 2021, they figured they were in a great position to do so. Jess had just gotten a promotion and both had steady jobs. And they knew they'd have an easy time qualifying for a mortgage with their incomes, down payment, and high credit scores.

But getting a mortgage wasn't their issue. The couple actually got pre-approved for a loan amount that was higher than what they expected. (To be clear, mortgage pre-approval isn't the same as full-fledged approval, but it's a step in that direction.)

The issue arose when Jess and Chris continually struggled to find a decent home to make an offer on, and then they repeatedly lost out to other buyers every time they did make one. So at this point, the pair is done with their home search for the rest of the year -- and understandably so.

Many buyers have been struggling in today's market because housing inventory has been low all year. And limited inventory doesn't just mean there aren't enough nice homes to choose from. It also means that prices on available homes have soared to almost unbelievable levels, making properties less affordable.

As of September, the U.S. housing market was down more than 5 million homes -- meaning it needs that many more properties to meet buyer demand. Plus, the Federal Housing Finance Agency recently released its July data, and it found that home prices rose 19.2% from the year prior.

For Jess and Chris, these statistics were their reality. The couple would spend hours each week looking at listings in different neighborhoods only to find an occasional home that suited their needs. Then, when they'd go to see that home, they'd either find too many flaws or balk at the price, given the condition of the place.

At one point over the summer, they upped their budget, realizing that doing so could be their key to success. But even then, they made several offers on different homes only to lose out to buyers who were willing to pay $30,000 or $40,000 above asking. And to be clear, those asking prices were roughly 20% higher to start with than they'd normally be.

When I sat down with Jess and Chris last month to catch up, they told me they'd made the official decision to pause their home search for the rest of the year and, ideally, pick back up in the spring of 2022. Since Jess and Chris live in the Northeast, they're well aware that winter is not a popular time to list a home, nor is it a pleasant time to try to buy one (think snowstorms and other hiccups). And so they've made peace with continuing to rent for what will probably end up being six more months or longer.

As frustrated as the couple is to be giving up for now, they had reached the point where their mental health was suffering due to their home search. Now, their goal is to make the most of their rental (even though it's kind of small for their needs) and keep socking money away so they have even more buying options come early 2022.

Jess and Chris are probably far from alone in this regard. At this point of the year, a lot of buyers who have been unsuccessful in navigating the housing market may be opting to pause their searches, wait out the cold weather, and pick back up in 2022.

The good news is that mortgage rates are likely to stay competitive well into the upcoming year. They may rise a little, but they're not expected to go up drastically. And that gives buyers a chance to wait and see if housing inventory picks up over the next six months or so, which could ultimately drive home prices downward.