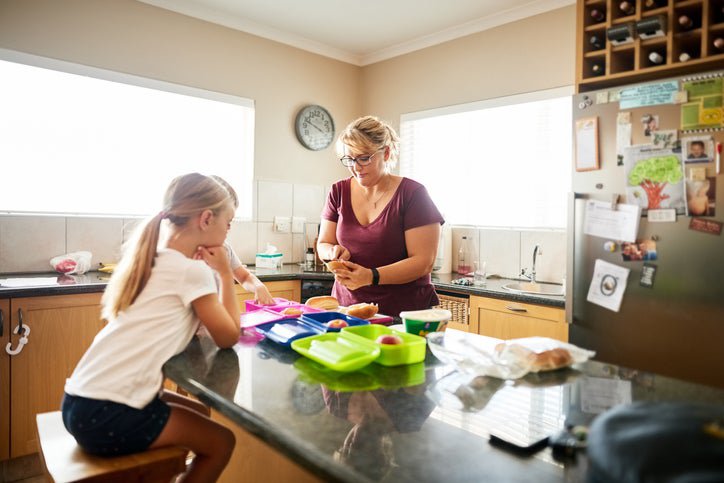 The enhanced credit is already making a big difference.

It's an unfortunate reality that many U.S. households struggle with food insecurity, and that extends to homes with children. And while some families qualify for food benefits through programs like SNAP, some households fall into the trap of earning too much money to qualify, but not enough to cover their nutritional needs.

The good news is that the recently expanded Child Tax Credit has already helped tackle this key issue. In fact, the number of households with children that reported not having enough to eat has fallen by 3.3 million, according to a recent Census Bureau survey. All told, that's a reduction of about 33%.

Normally, the Child Tax Credit maxes out at $2,000 per child under the age of 17. And the credit is usually only partially refundable up to $1,400, so a tax-filer owing the IRS nothing would only receive a $1,400 payment. Plus, the credit is generally only disbursed as a single lump sum payment in the form of a tax refund.

Just as importantly, the credit is now fully refundable. A tax-filer with a 4-year-old who owes the IRS no money is entitled to a full $3,600. And the credit is being paid differently this year. Half of the credit is going out in monthly installments, and the remaining half will be paid in lump-sum form in 2022.

How the expanded Child Tax Credit is helping

All told, the expansion made the credit available to a good 27 million children who normally wouldn't qualify for it or wouldn't be able to receive it in full. Previously, tax-filers needed at least $2,500 of earned income to qualify for the credit, but now, filers with $0 in income can get the credit in full.

The IRS is also allowing families to register for the newly enhanced credit through a dedicated portal. Previously, the only way to get the credit was to file a tax return -- something lower earners often don't do because they don't have to, and because the process can seem daunting.

Right now, the expanded Child Tax Credit is only available for the current tax year. But lawmakers are fighting to change that so it lasts longer. Given the impact the boosted credit has already had, it's easy to make the argument that keeping the enhanced version in place is essential to helping many families cover their basic needs.