5 Tips for Seeing Alaska on a Budget 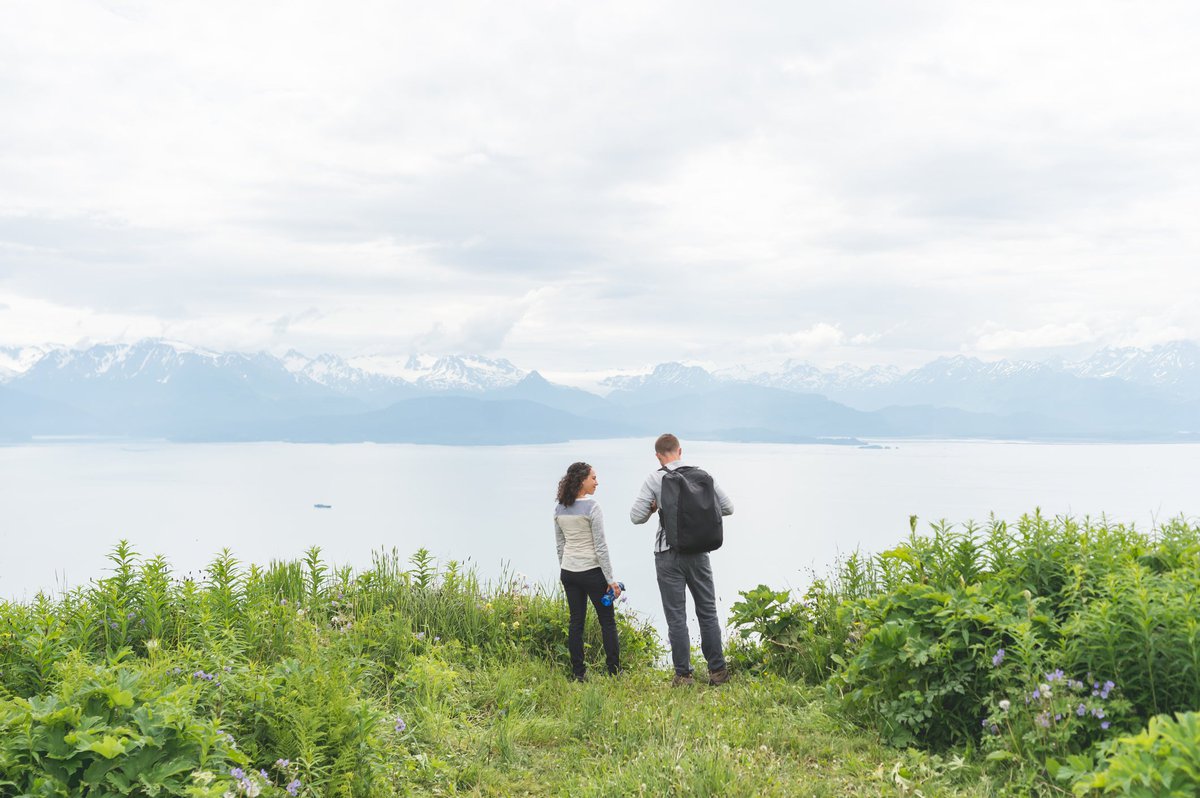 Want to explore the pristine wilderness of Alaska without the high price tag? These five tips can help cut the costs of your trip to the last frontier.

Is visiting the great state of Alaska on your bucket list? It’s certainly on mine -- and has been since I was a kid. There’s something pristine and majestic about the vast Alaskan wilderness that draws me, and many others, to it.

I was actually born in Alaska -- in Anchorage, to be exact -- but my family moved to the dry desert of south Texas shortly after I was born. I don’t remember living in Alaska, but I grew up hearing stories of the moose that walked into the hospital where I was born and of my father working on deep-sea fishing boats. That imagery sparked an interest in me that continues to this day.

But, while I am drawn to the idea of visiting the place where I was born, I’ve been putting it off because trips to Alaska are also notoriously expensive. According to Alaska.org, the average cost of a seven-day trip to the state averages about $3,000 per person, or just over $400 per day. I’m not ready to wipe my savings account for an all-out Alaskan adventure yet, so I’ve been looking for ways to cut down on trip costs instead. If you find yourself daydreaming about a visit to Alaska but the costs are out of reach, take note of the five money-saving travel hacks below.

1. Plan your trip during the shoulder season

Alaskan tourist season typically runs from June to August, and any trip during that time comes with a high price tag. After all, the bulk of the state’s tourism dollars have to be made within a three-month span.

The shoulder months of May and September still typically offer the moderate weather you’re hoping for during your trip to Alaska, though. And if you plan your trip for those months, your visit won’t come with nearly as high of a price tag.

If you travel in May or September, hotels and transportation will be a lot more affordable than they would be during tourist season. Rental cars tend to be cheaper during these shoulder months, too. Flights may also cost a bit less during that time (though as with all flights, the price depends on demand).

You aren’t limited to May–September trips to Alaska, though it may feel that way considering the state's rough winters. But if you have the right gear and aren’t afraid of snow, you can also travel to Alaska during the winter and save some serious cash. The winter months are much less tourist-driven, which means you can save on things like lodging and transportation.

There are other perks to traveling to Alaska during the winter, too. If seeing the Northern Lights, also known as the Aurora Borealis, is on your list, the winter months are the best time to do so. Many Alaskan guides struggle to find work during the winter, so you should have your pick of guides if you take this route.

3. Not afraid of being a road warrior? You may want to drive instead of fly

The high price tag of travel to Alaska is due in large part to the state's remote location. The general travel rule is that the more remote you are, the more expensive your trip is likely to be.

Food, fuel, and lodging are all much pricier in Alaska than they are in the continental United States, and that’s especially true for Alaska's rural areas. Most supplies have to travel to the state by air, boat, or long highway trips, which adds to the costs that Alaskan residents and visitors pay.

If you’re going to fly into Alaska, large airports tend to offer the best flight deals. That means Anchorage is your friend when you’re trying to save money. You’ll have the most flight options if you choose the Anchorage airport over, say, the Juneau airport.

Now, if you’re visiting Alaska during the shoulder season or the summer, you may not need to fly at all. It’s completely possible to drive to Alaska, and while it may not be the shortest haul, it will save you money on travel costs across the board.

That said, there are costs associated with driving into Alaska, like wear and tear to your vehicle, gas prices, and accommodations for your (very long) road trip. But, if you take the time to plan out where you’ll stay, and maybe opt to camp instead of staying in expensive hotels along your route, driving could save you a few bucks compared to flying.

Driving could save you money while you’re in Alaska, too. As mentioned, rental cars are at a premium in the state, but if you drive your own car through Canada, you won’t be saddled with the high costs of a rental car to get to national parks or other destinations on your list. You don’t need four-wheel drive if you’re visiting in the summer, either. A sedan or small SUV will do just fine.

In fact, my parents used to drive from south Texas to Alaska each summer to work at one of the resorts during the tourist season, and they did so in a small SUV without four-wheel drive. They’re semi-retired chefs, but they love the outdoors, so this made sense for them -- and gave them the freedom to see both the continental U.S. and Alaska on their trek.

4. Consider camping instead of hotels

Lodging is typically a large part of the costs that come with traveling to Alaska. The standard Alaska hotel room costs about $275 per night in summer, with luxury hotels averaging about $100 more than that per night.

While hotels and lodging may be a little cheaper in metro areas like Anchorage, that isn’t always the case. During the summer, even hostels are in high demand, so lodging in any type of hotel or accommodation can be both costly and tough to come by.

What many visitors don’t consider, though, is that Alaska offers some amazing camping, and while it won’t be free at national parks or other sanctioned camping spots, it will typically cost you a lot less than a hotel or hostel would. So, if you’re traveling during the shoulder season or the summer months, consider whether camping would make sense to help stretch your budget.

Camping in the Alaskan wilderness may seem intimidating because of bears and other wildlife, but there are bears in states like Colorado and California, too. Just be sure to take the same safety precautions you would any place where wildlife outnumbers humans.

5. Forget the tours -- visit the national parks instead

Most people travel to Alaska to witness its beautiful, rugged outdoors. That typically includes paying for pricey guided tours to destinations across the state, which can run anywhere from a few hundred dollars to thousands or even tens of thousands of dollars, depending on your plans.

But much of what there is to see in Alaska is found in the landscape itself, and you don’t need a tour guide for that. You just need national parks -- and Alaska offers many incredible ones.

If you’re on a budget, consider buying passes to national parks like the Kenai Fjords, Denali, and Glacier Bay, which can be purchased for much less than a guided tour. You’ll be free to hike through the wilderness and encounter much of the Alaskan grandeur that a tour guide would have taken you through. Plus, you can do it on your own time and can prioritize what you want to see, rather than what the rest of the tour wants.

Ultimately, a trip to Alaska isn’t going to be cheap no matter how you slice it. That said, it’s certainly possible if you want to make it happen. Plan early, be flexible, and cut costs where you can. So much of what makes Alaska an amazing place to visit is that it’s available for free, so take advantage of it in any way you can. Not only will that help you save on your travel costs, but it will let you enjoy Alaska the way it truly should be experienced: wild and unfettered.

The Motley Fool owns shares of and recommends Visa. The Motley Fool recommends Alaska Air Group. The Motley Fool has a disclosure policy.
Many or all of the products here are from our partners that pay us a commission. It’s how we make money. But our editorial integrity ensures our experts’ opinions aren’t influenced by compensation. Terms may apply to offers listed on this page.