Americans Are Quitting Their Jobs in Record Numbers. Here's Why 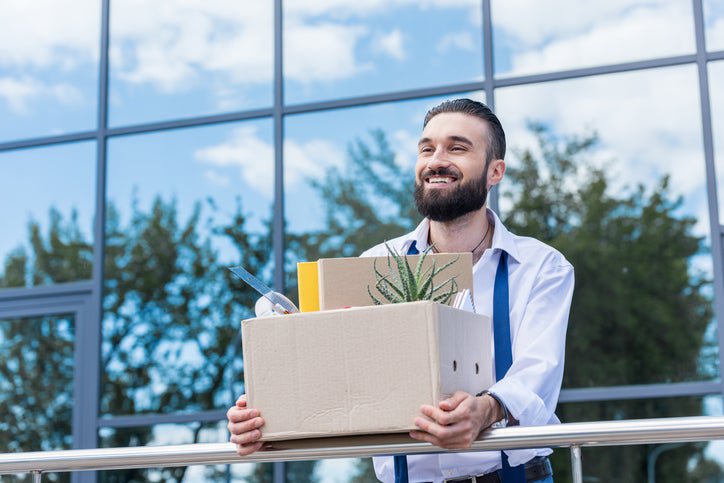 In increasing numbers, American workers are leaving their jobs.

As long as there have been employees, employees have felt powerless. For the most part, it's been the farm, factory, and business owners who've called the shots. Owners set the pay and work conditions. Employees showed up, did their best, and knew they could be let go at any time.

In August, just shy of 4.3 million workers quit their jobs, according to the U.S. Labor Department. For what may be the first time in American history, workers have discovered that they have leverage. Suddenly, employers need them more than they need a specific employer.

Among those who have left their jobs, 892,000 worked in the food service and accommodations industries. Some 721,000 retail workers hit the bricks, and 534,000 healthcare and social assistance employees waved goodbye. These can all be high-stress positions, since each deals with a public that seems, in the pandemic era, to be ever-coarsening, impatient, and angry.

But these aren't the only workers bidding adieu to their employers. According to the Bureau of Labor Statistics, workers are quitting at or near record levels in nearly every sector.

Is it a matter of being fed up with their jobs, or are people just that confident about finding other positions?

As Chris Rupkey, chief economist at Fwdbonds, wrote, "The economy is strong as a bull, that is why there is a tremendous demand for labor."

And it's that demand for labor that gives employees the confidence to move on. Most know they can find another job in their field, a position paying more and offering more of the perks they're looking for. There's not been a better time for people looking to change career fields entirely, with jobs ripe for the picking.

The number of people who have left their jobs does not include those retiring (retirement figures are kept separately). The fact that some people are leaving their positions without another job lined up illustrates their confidence in landing another, better opportunity.

Why are people leaving?

As mentioned, the standard paradigm in the American workplace has favored the job terms of the business owner or company. Companies called the shots, while employees usually jumped to do as they were told. Any employee who has ever suffered a layoff because their company valued profit over human capital is probably not a fan of accepting just any terms from an employer.

Economists say workers -- especially low-wage workers -- are revolting against years of poor pay and stressful work conditions. The fact that they know there are other jobs available makes the idea of leaving far less frightening than it might be in a tight job market.

Attempting to retain employees and lure new workers, businesses have upped their games. For example, in May, the average pay for non-managers at restaurants and bars hit more than $15 per hour for the first time. In addition, businesses like Best Buy, CVS, Walgreens, Cigna, Disney World, Costco, and Amazon each pay hourly minimums of at least $15. Bank of America raised its minimum wage from $17 to $20 an hour. Target, Walmart, and Amazon have sweetened the pot by offering free college tuition to employees.

Years before the pandemic hit American shores, small business owners were already worried about whether they could keep up with the pay and benefits offered by larger companies. Today, that concern is amplified.

According to Tom Sullivan, vice president of small business policy at the U.S. Chamber of Commerce, small business owners are bearing the brunt of the current worker shortage. Many have given up on actively recruiting new employees after finding it difficult to land skilled and experienced workers.

To help, the U.S. The Chamber of Commerce recently started a campaign called America Works, designed to help employers find and develop the employees they need. The Chamber is also requesting government assistance, although it is currently unclear what that assistance would look like.

After years of feeling expendable, American workers are taking their futures into their own hands. Some will move into higher-paying jobs with better benefits, while others will start their own businesses. Where that leaves existing companies is anyone's guess.