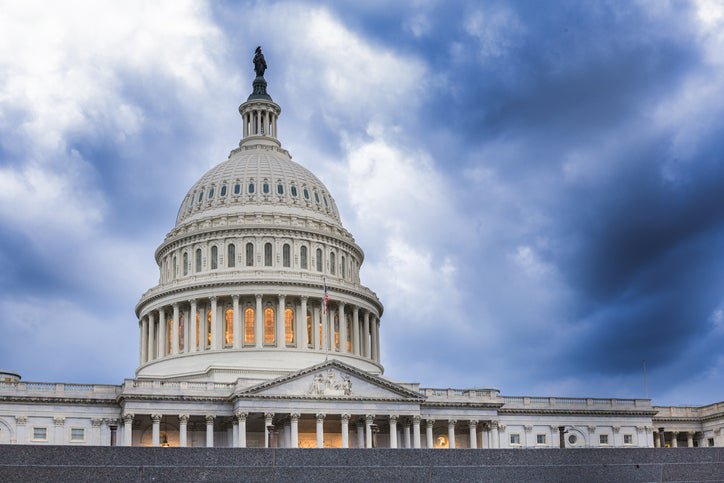 President Joe Biden and his fellow Democrats campaigned on the promise of providing $2,000 stimulus checks for most Americans. When President Biden actually released his proposed $1.9 trillion stimulus plan, however, it included $1,400 checks. The Biden administration indicated they felt this fulfilled the promise because the payments would combine with $600 checks authorized in a coronavirus relief bill in late December.

When the House of Representatives passed legislation based on Biden's stimulus plan, the bill made these $1,400 checks available in full to individuals with incomes under $75,000 and to married joint filers with incomes up to $150,000. Partial payments would be available above these thresholds. However, eligibility would phase out faster than it did with previous stimulus checks, with Americans receiving no payments once their income hit $100,000 for individuals and $200,000 for married couples.

However, some conservative Democratic senators were concerned this still resulted in too many people getting direct payments. As a result, when the bill was sent to the Senate, Democrats agreed to narrow eligibility further. Now, however, progressive Representative Alexandria Ocasio-Cortez (also known as AOC) is speaking out against these new restrictions, calling her colleagues less generous than President Trump.

Under the new senate stimulus plan, individuals who earn more than $80,000 and married couples who earn more than $160,000 will not be eligible for payments. Altogether, this means around 12 million Americans will be left out of this next direct payment -- most, if not all of whom, received the prior two stimulus checks.

AOC voiced her displeasure with this targeted proposal by tweeting, "Conservative Dems have fought so the Biden admin sends fewer & less generous relief checks than the Trump admin did. t's a move that makes little-to-no political or economic sense, and targets an element of relief that is most tangibly felt by everyday people. An own-goal."

Ocasio-Cortez went on to tweet that she believes the Democrats "have a responsibility to show people in this country what a Democratic majority can do for working people." Her follow-up tweet included a list of what she sees as key Democratic priorities, including providing "more generous relief checks," as well as increasing the federal minimum wage from the current $7.25 per hour to $15 per hour.

The minimum wage increase has long been a priority on the left and was included in the House's coronavirus stimulus bill. However, it had to be stripped from the Senate version because the coronavirus relief bill doesn't have 60 votes in the Senate, which would be necessary to overcome a filibuster that can block legislation.

The bill can be passed through a process called "reconciliation," which requires just 51 votes. But all provisions of reconciliation bills must relate to the federal budget, and the minimum wage increase was determined not to fulfil this requirement.

In addition to criticizing her more conservative colleagues for imposing these new limits on eligibility for stimulus checks, AOC also signed on to a letter with 22 fellow progressives urging President Biden to push forward with his $15 per hour minimum wage anyway. The decision not to allow it in the reconciliation bill was made by the Senate Parliamentarian, and the letter urged the Biden Administration to disregard the ruling.

The Democrats, however, need to keep their caucus together. There are 50 senators who vote with the left in the Senate, and Kamala Harris can cast the tiebreaking 51st vote for the reconciliation bill. If they lose even one vote, the bill won't pass. And with some of the more moderate Democrats making clear they oppose the minimum wage increase and that their support for stimulus checks is conditioned on narrower eligibility rules, AOC is unlikely to move the administration on these issues.

Instead, the new income limits are all but certain to make their way into the final bill, which means fewer Americans are going to see stimulus money deposited into their bank accounts this time around.