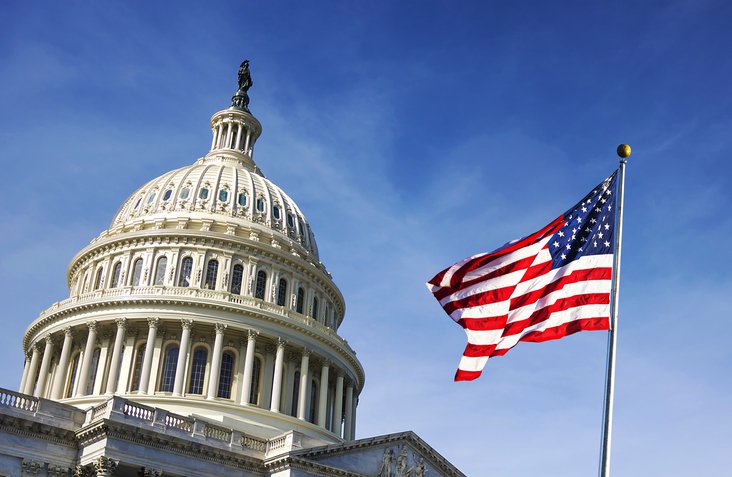 The issues raised in the debate highlight why it will be a challenge to pass another coronavirus bill.

For months, lawmakers have tried and failed to find consensus on another coronavirus relief bill. So it was unsurprising that the question of a second stimulus bill arose during the last presidential debate before the election.

Former Vice President Joe Biden and President Donald Trump clashed over one of the key stimulus issues: funding for state and local governments. This is one of several issues that's held up the passage of the additional aid the economy so desperately needs.

Their respective statements in the Oct. 22 debate made it clear that this key ideological dispute remains the main sticking point preventing Americans from receiving more relief.

In Thursday's debate, President Trump criticized the stimulus bill passed by House Democrats, saying: "The bill that passed through the House was a bailout of badly run, high-crime Democrat -- all run by Democrats -- cities and states."

President Trump was referring to the fact that both versions of the HEROES Act, which passed largely along party lines, included substantial funding for state and local governments. The President went on to say, of the Democrat's bill, "It was a way of getting a lot of money, billions and billions of dollars."

The dispute over how much state funding to provide has long been a major stumbling block in stimulus negotiations, even as both sides agree a second stimulus check is needed and unemployment benefits should be expanded.

This is not the first time the President has raised his objections to the Democrat's demands for federal aid to states. The President has previously tweeted concerns that Democrats were focused on "bailing out," cities and states. Larry Kudlow, the White House chief economic advisor, also told reporters “We’re not here to bail out poorly-run states, whether they’re red, white or blue." He accused Democrats of "showboating" by insisting on billions in state funding.

Democrats, on the other hand, have said they will not pass any relief unless it includes substantial financial aid for states that have seen revenues plummet and costs rise due to COVID-19. In the debate, Biden countered that this funding shortfall is not a partisan problem but rather is an issue plaguing local governments across the country -- and one that must be addressed.

“Every single state out there finds themself in trouble,” Biden asserted. “They will start laying off, if they are red or blue, cops, firefighters, first responders. They cut teachers because they have to balance their budgets."

Despite state funding concerns, the most recent White House coronavirus stimulus offer did include $300 billion in funding for cities and states. This was an increase from the $250 billion in an earlier proposal but still falls short of Democrats' demands. In fact, the original version of the HEROES Act included $915 billion in aid to state and city governments, while the most recent scaled-down bill passed by the House provided $436 billion.

Those on the left have held firm on this issue, even as the White House has given ground. And along with a conflict over liability protections for businesses, the dispute is one of the key reasons Americans have yet to see more money in their bank accounts.

Trump and Biden both reiterated their party's opposing positions in Thursday's debate, pushing the likelihood of another relief bill further out of reach. Negotiations continue, but party divisions mean we may not see an agreement before the election.