Biden vs. Trump: Here's Where Each Candidate Stands on Debt 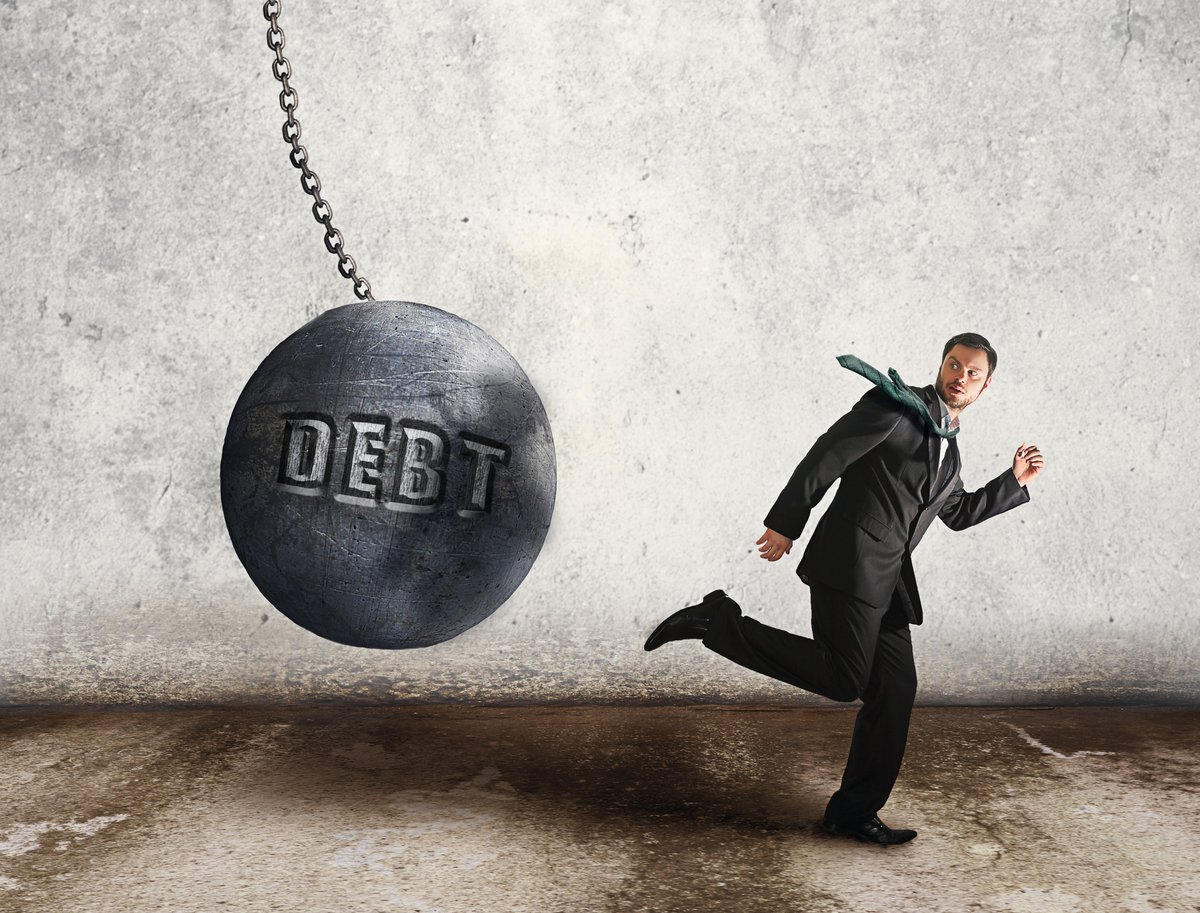 Both Biden and Trump will likely raise the national deficit, but where do they stand on personal debt?

Personal debt and national debt are both big issues for Americans. America's national debt -- the amount the federal government owes -- increased to over $27 trillion this month, which is more than the economy produces in a single year.

According to the Federal Reserve, the total consumer debt burden currently stands at over $14 trillion. That's made up of mortgages, credit cards, personal loans, and other debts.

So, where do the presidential candidates stand on debt? Neither has spoken much about how they'd reduce the national debt. In fact, both are proposing policies that would increase the deficit. When it comes to helping average Americans reduce their personal debt, we can learn a lot by looking at their policies and behaviors.

It's safe to say that President Donald Trump is comfortable with debt, particularly as it applies to his business and personal life. The New York Times recently revealed that Trump is personally liable for more than $400 million in loans, $300 million of which come due in the next four years. According to Forbes, he is still worth an estimated $3.66 billion meaning he could pay it off entirely if he sells enough property.

But several commentators are concerned that Trump's attitude to personal debt carries into his views on national spending. For example, back in May, Trump suggested workers might take their Social Security benefits early to help them through the coronavirus crisis. In exchange, they'd receive lower payments when they retire. The suggestion never gained traction, but it does offer a peek into Trump's views on borrowing from the future.

There's several ways to pay down personal debt, such as cutting expenses or attempting to increase your income. In that respect, Trump does talk about getting more money into the bank accounts of average Americans. However, his Tax Cuts and Jobs Act disproportionately benefited higher income groups.

He has also spoken of his desire to make permanent cuts to the payroll tax. If Trump carries through, employed Americans will receive more money in their paychecks. However, those funds will come from money normally paid into Social Security, Medicare, and other social insurance programs that tens of millions of Americans rely on.

Trump has said he would make reducing the national debt a priority in his second term. The concern is that he hasn't said how he would do this, beyond pushing for unprecedented economic growth. Moreover, back in April 2016, he told the Washington Post that he could get rid of the national debt "fairly quickly" if he was elected president.

Instead, under a Trump presidency (and before the pandemic), the national debt rose more than $2 trillion. It has since grown nearly $5 trillion more.

When asked in May 2020 if he had a plan in place to address the ever-rising national debt, Trump told conservative radio host Dan Bognino the U.S. was borrowing money at zero interest. "We're replacing debt with really long-term good debt, zero, you know, which is a beautiful thing," he said.

Former Vice President Joe Biden once famously said, "Don't tell me what you value, show me your budget, and I'll tell you what you value." Whether he'll carry that sentiment into the Oval Office is yet to be seen.

We do know that Biden acknowledges the impact of medical costs on the average family. In addition to adding stress to an already stressful situation, health costs routinely bury Americans in medical debt. Biden continues to fight for the Affordable Care Act, a program that currently insures over 23 million people. In April, he also proposed lowering the Medicare eligibility age to 60 from 65. He also wants to get more money into the pockets of low-income families by doubling the minimum wage, which would help those families reduce debt.

Disclosures during his vice presidency also showed that Biden is no stranger to personal debt, though his debts are not at the same level as Trump. His 2009 statement showed over $165,000 in debt, which he's now reported to have paid off.

With regard to the national debt, Joe Biden has historically been considered a deficit hawk. Today, should he win the presidency, Biden's wish list of projects is sure to drive the national debt up more.

Biden's plan calls for nearly $3.4 trillion in new revenue by 2030, to be raised primarily through tax increases on the wealthy. However, that revenue would not be enough to cover his proposed spending, estimated to cost $5.4 trillion.

Biden's wish list includes infrastructure projects like clean energy, municipal transit, technological research, and high-speed rail -- estimated to cost $1.6 trillion. He would like to see $1.9 trillion in spending on education programs over the next 10 years, including plans for free universal pre-kindergarten His push for healthcare is expected to cost $1.6 trillion (although this plan would save $1.25 trillion through lower prescription drug costs).

Biden's spending plan may be ambitious, and that $2 trillion gap between funding and spending would push up the national debt.

Ultimately, debt is both a personal and political issue. If you are struggling with debt, it is something to keep in mind when you vote as well as when you set your monthly budget. Make a plan to prioritize payments on high-interest debt, such as credit cards and see whether there's any wiggle room you can find in your budget. The more you pay towards your debt, the quicker you can become debt free.