Biden vs. Trump: Here's Where Each Candidate Stands on Affordable Housing 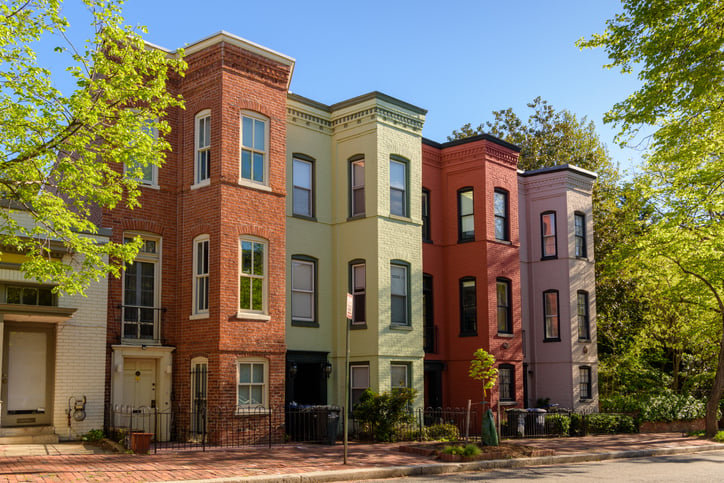 Knowing where the candidates stand on this important issue could influence your vote, so it's imperative that you get all the facts.

Affordable housing, or a lack thereof, is a huge problem in the U.S. Almost 50% of renters nationwide spend at least 30% of their income on housing, according to a Harvard study. And over 20% spend more than half of their income on rent and utilities. It's for this reason that affordable housing is such an important issue this election season. Here's where each candidate stands on the topic.

Former Vice President Joe Biden believes that it needs to be easier for Americans to buy homes, so he wants to introduce a $15,000 tax credit to help offset that cost. The First Down Payment Tax Credit will be made available to buyers at the time of purchase. Given the way home prices have climbed in recent months, that credit could spell the difference between buying or continuing to rent.

Biden also wants to increase funding for Section 8 housing vouchers so that the program can reach more people. In time, he intends to provide aid to at least 17 million low-income families. And, as part of the Homeowner and Renter Bill of Rights, Biden will also establish laws that prevent landlords from discriminating against renters who receive federal housing benefits.

Furthermore, Biden plans to establish a renter's tax credit that will reduce rent and utilities to 30% of income for lower earners. This credit is designed for households whose income is too high for Section 8, but who need assistance nonetheless.

Finally, Biden intends to provide housing benefits to public school educators, first responders, and other service workers who commit to living in poor communities or work in neighborhoods with limited affordable housing. Biden plans to expand the Good Neighbor Next Door program, which is designed to strengthen poor communities and assist those key workers to buy homes. He aims to accomplish the latter through down payment assistance programs and partnerships with state housing agencies, tribal and local governments, and local banks.

While Joe Biden spells out a detailed affordable housing plan on his campaign website, President Donald Trump does not. As such, it's not totally clear what plans he has to address the crisis. It could be that if re-elected, he will indeed put forward different measures that benefit low-income renters and prospective homebuyers.

What we know right now is that the Trump administration got rid of the Affirmatively Furthering Fair Housing (AFFH) regulation a few months ago. The rule was designed to counter discrimination and promote fair practices in the housing market, specifically in the allocation of Department of Housing and Development funding. The Trump administration proposed a replacement rule called the Preserving Community and Neighborhood Choice. Under that rule, municipalities still need to certify they offer housing that's affordable, safe, and discrimination-free.

Critics argue that Trump has actually hindered progress toward affordable housing. And the president did famously tweet earlier this year, "I am happy to inform all of the people living their Suburban Lifestyle Dream that you will no longer be bothered or financially hurt by having low income housing built in your neighborhood." While that doesn't mean that he's opposed to affordable housing, statements of this kind have raised some concerns.

On the other hand, under Trump's 2017 tax overhaul, opportunity zones were created to incentivize real estate developers to help revitalize low-income neighborhoods by building homes. In addition to the tax breaks for investors and developers, this also opens to the door to more housing inventory. It's estimated that opportunity zones are home to over 35 million people nationwide.

Know where your candidates stand on major issues

As low mortgage rates and limited inventory push up house prices, and millions of Americans grapple with the risk of foreclosure or eviction, affordable housing is top of many people's minds. But it is just one of many important issues you'll need to consider as you decide how to vote in the November election. It pays to tune in to upcoming debates to see if Biden and Trump shed additional light on how they plan to address the nation's housing crisis.