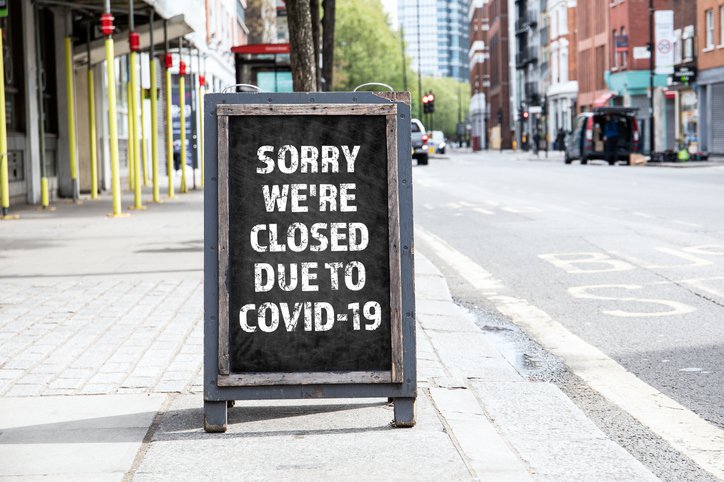 Months after the Coronavirus Aid, Relief, and Economic Security (CARES) Act was signed into law, lawmakers are no closer to passing a fifth coronavirus relief bill.

While it's no shock that partisan rancor in D.C. makes compromising on legislation difficult, it is somewhat surprising no more coronavirus relief has passed -- the American public broadly agrees it's necessary and a large bipartisan group of lawmakers want additional aid for the public.

Now, CEOs of America's top companies have joined the chorus calling for additional coronavirus relief. The Business Roundtable -- a nonprofit association whose membership includes the CEOs of Apple, Chevron, Walmart, and JPMorgan Chase, among others -- released a statement urging lawmakers to go back to the negotiating table before their failure to act undermines economic recovery.

A survey of 149 CEOs conducted by the Business Roundtable revealed that there's hope for the future even as COVID-19 continues to plague the country, which remains in a recession.

While over a third of the CEOs surveyed said they expect the economy to remain bumpy throughout the remainder of this year and next, close to a quarter also indicated their businesses have either already recovered from the worst impacts of the great lockdown, or are on pace to do so by year's end.

However, while key business leaders believe the economy is showing signs of improvement, the group attributes many of the gains to the help policymakers provided earlier this year. And, they warn of dire consequences if additional aid isn't provided.

"Further major support from the federal government is necessary to prevent economic recovery from being derailed," said Joshua Bolten, President & CEO of Business Roundtable. "Failure to act, along with the lack of comprehensive and coordinated efforts to stop the spread of COVID-19, would impose long-term damage on the U.S. economy, hurting most the workers and small businesses least able to absorb the blow."

Walmart CEO and Chairman of the Roundtable Doug McMillon also echoed Bolten's words about the importance of coronavirus relief to the country's economic recovery, urging Congress to return to the negotiating table, "and pass more legislation to further ease the economic challenges American workers, small businesses, and suppliers are experiencing."

While the leaders of America's largest businesses are well-positioned to understand the consequences to the economy when consumers face economic shortfalls without government support, it's unlikely this letter will break the logjam that has prevented relief legislation from passing.

Lawmakers from both sides of the aisle, and the president himself, agree there is a need for more coronavirus aid, including some type of expansion of unemployment benefits, as well as a second direct payment to American families. The problem is in the details. The right and left are more than a trillion dollars apart on their estimates of the amount of relief necessary, and there are serious conflicts over issues such as whether to bolster struggling states with an influx of cash, and how much extra aid to give the jobless.

While America's business leaders have made clear that negotiations should resume, the reality is that talks have gone on for months, but none of these issues have been resolved. With lawmakers more bitterly divided than ever as Washington gears up for a confirmation battle to fill the seat on the Supreme Court left vacant by Ruth Bader Ginsburg's death, the chances that they'll finally be able to agree on a coronavirus deal are slimmer than ever.

Sadly, if the CEOs on the Roundtable are correct in their warnings, that means America could face a deeper and longer recession. To get through it, consider taking steps now to shore up your financial situation, such as putting more cash in the bank to boost your emergency fund, or taking advantage of record-low mortgage rates to lower your monthly housing payment. If the absence of relief legislation makes the country's economic situation worse, at least you'll be ready.