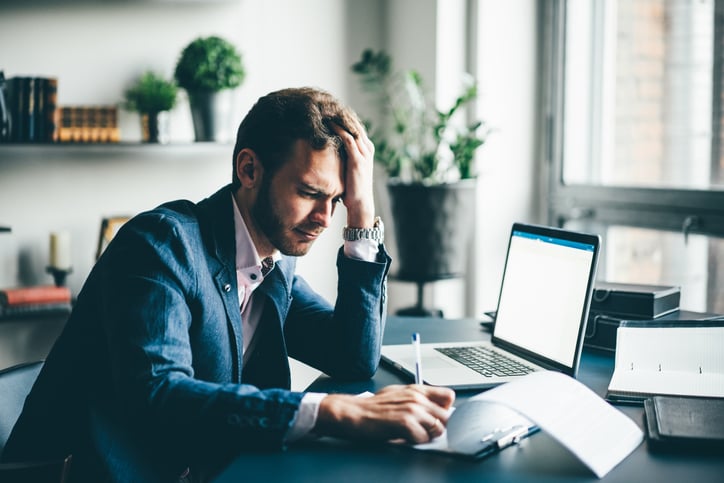 Worried about the economy? You're in good company, according to a new report about consumer confidence levels. Here's what you should know.

To say the last year or so has been difficult would be an understatement. Global efforts to stop the spread of COVID-19 have now stalled thanks to the Delta variant, which is spreading across the nation like wildfire. The result is that the pandemic has once again changed life as we know it -- with no end in sight.

As of August 2021, about 3.4 million Americans had been out of work for at least six months, due in major part to job market issues caused by the pandemic. Millions of people's bank account balances and incomes have taken a hit. And other issues, like supply shortages and increasing food prices have added more trouble to the mix.

These concerns have made it tough for consumers to remain optimistic about the economy, and the new Consumer Confidence Index from The Conference Board showcases just how significant the issue with consumer morale is. The report shows, among other things, that consumer confidence across the U.S. is currently at the lowest level we've seen since February 2021. Here's what has happened to consumer confidence levels over the past month.

A decline in consumer confidence

According to the August Consumer Confidence Index report, which was released on Tuesday, consumer confidence has dropped significantly over the last month.

Unsurprisingly, the drop appears to be driven by the pandemic and related factors. Lynn Franco, senior director of Economic Indicators at The Conference Board, said: "Concerns about the Delta variant -- and, to a lesser degree, rising gas and food prices -- resulted in a less favorable view of current economic conditions and short-term growth prospects."

The data also reveals how unfavorable economic conditions have affected consumer confidence, and what the future may hold.

A decline in confidence surrounding business conditions contributed heavily to the overall drop in consumer confidence for August:

A decline in job market confidence

Overall consumer confidence surrounding jobs also went down, which indicates that Americans aren't feeling nearly as confident about the job market in August as they were in July:

Consumer confidence regarding the outlook of business conditions over the next six months has also gone down:

Falling confidence regarding income over the next six months

The data also revealed consumers' thoughts on incomes in the near future:

The one surprising consumer confidence statistic

The lack of consumer confidence is perhaps not surprising given the current surge in pandemic cases, which could lead to a range of unknowns for jobs, finances, and the economy as a whole.

What is surprising, however, was that the report showed that the percentage of consumers intending to take a vacation continued to climb, despite other hurdles with consumer confidence and the pandemic itself.

"Spending intentions for homes, autos, and major appliances all cooled somewhat," Franco said. "However, the percentage of consumers intending to take a vacation in the next six months continued to climb," Franco said.

Whether the lack of consumer confidence -- or this uptick in vacation intentions (probably driven by pandemic restrictions that have slowed travel) -- will continue long term, is unknown.

It's also not clear yet whether the concerns over COVID-19 and inflation will affect spending or other parts of the economy in the near future. "While the resurgence of COVID-19 and inflation concerns have dampened confidence," Franco added, "it is too soon to conclude this decline will result in consumers significantly curtailing their spending in the months ahead."

With many unknowns on the horizon, it will be interesting to see how consumer confidence is affected over the next several months.