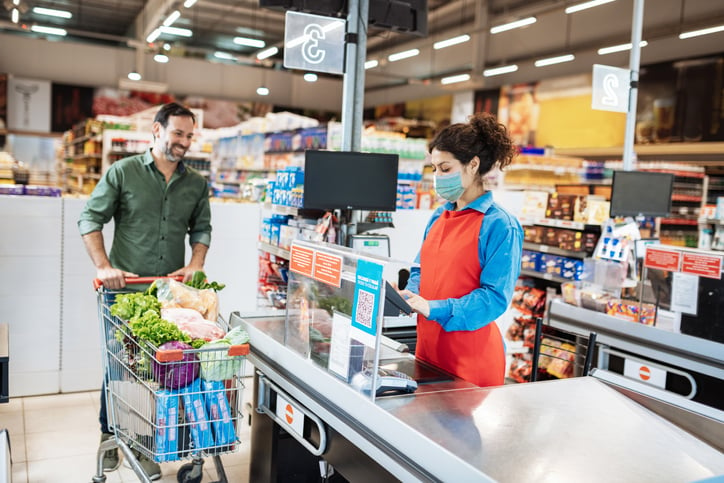 How you spent your stimulus check last spring has a lot to do with your level of income.

While we await the outcome of stimulus negotiations, we thought it might be a good time to look back at how Americans who received a stimulus check last spring spent the money. Here's what we found.

Not quite what Uncle Sam envisioned

Economists Olivier Coibion, Yuriy Gorodnichenko, and Michael Weber reported via the National Bureau of Economic Research that just 42% of the money was spent -- meaning less went into boosting the economy than was hoped. Beyond that, 27% was saved, and the remaining 31% went toward paying personal debt.

In total, 159 million checks were sent out, worth a total of $265 billion. For Congress, one of the primary goals was to get that money back into an economy that was shrinking fast. The economy ended up contracting by 9.5% in the second quarter, despite the infusion of cash into Americans' bank accounts.

According to Coibion, Gorodnichenko, and Weber, it's possible that so many businesses (and travel options) were locked down during the pandemic that Americans had less opportunity to spend their stimulus checks than they might have if more had been up and running.

We know for sure that part of the $265 billion was saved, and part used to pay down debt. But what about the other 42%? Who spent it, and what did they spend it on?

Where the money went

In responding to a Census Bureau survey, about 80% said they used part of their stimulus funds to pay for food, and 77.9% earmarked some of the money to pay rent or mortgage. They also used the funds to cover monthly expenses like utilities, internet, and cell phone bills. Nearly 60% tapped the money to pay for household supplies and personal care items, while 20.5% said they spent some on clothing. Only 8.1% report spending stimulus money on recreational items, electronics, appliances, or household goods.

Coibion, Gorodnichenko, and Weber discovered patterns in how stimulus checks were spent. For example, younger, more-educated households were likely to save the payments, while seniors used the funds to pay down debt. African-Americans were also more likely to pay down debt, while Hispanics, those without jobs, and adults who live with their parents were more likely to spend in other ways.

What's clear from the survey is that millions of Americans needed every penny of their stimulus money to meet their monthly financial obligations. The fact that others saved theirs may be a consequence of concern on their part rather than a lack of need. With no clear picture of what the economy will look like as we recover from COVID-19 and the resulting recession, some people may simply be looking toward the future with the knowledge that more money in an emergency fund will help them sleep at night.

Congress may be unable to reach a consensus on sending another check, but if COVID-19 has impacted you, there are still resources available to help.