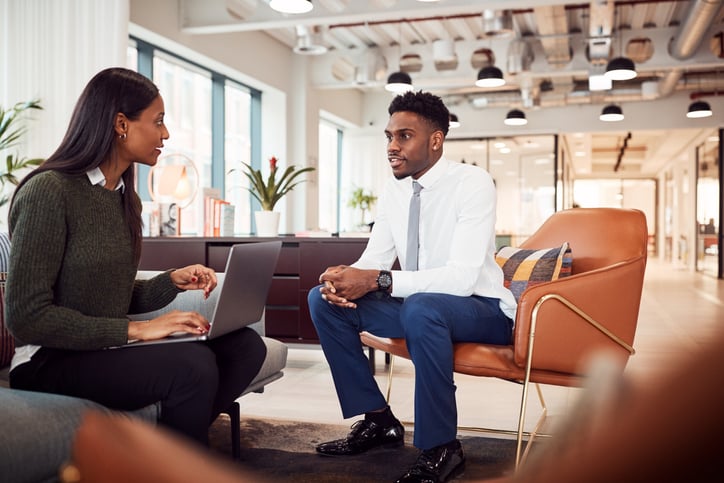 In today's still-not-quite-stable economy, a lot of people are thankful to have a job at all and aren't necessarily rushing to chase after a raise. But those people may be selling themselves short.

Wage growth on a whole increased 2.3% in June of 2021 compared to the previous June, according to recent payroll data by ADP. But workers who switched jobs during the pandemic saw the highest increase in salary.

Should you think about switching jobs?

A recent Monster.com poll showed that 95% of workers are thinking of switching jobs. But whether that's the right move for you depends on a number of factors.

First, there's your work-life balance to consider. Moving from one job to another might result in an increase in pay. But will it cause you to have to work more hours or maintain a less flexible schedule?

Many people, for example, are working from home right now. Not only is that convenient, but it helps a lot of workers pad their savings by not having to spend money on commuting and other expenses that come with going into an office. Switching jobs could result in a higher wage -- but whether you'll actually come out ahead financially is another story.

There's also the concept of embracing the evil you know vs. the evil you don't. No job is perfect, and yours may have its share of flaws. But there's something to be said for knowing what those challenges are and finding ways to work around them. If you move to a brand-new job, you could encounter issues that are harder to deal with. Then again, you might embrace a fresh challenge over one that, at this point, you've grown weary of.

How to pull off a job switch

If you're convinced switching jobs is a smart move, here are few key steps to take:

Switching jobs could be a smart career move, not to mention your ticket to higher pay. And if you live in the Northeast or in the West, you may find that a job change boosts your paycheck substantially. Just make sure changing jobs is really the right move for you.

Finally, if you're thinking of not only switching jobs, but also relocating, remember that some corners of the country (like the Northeast and parts of the West) tend to have a higher cost of living than most of the U.S. If you're offered a generous salary boost, run the numbers and ensure that the move works to your financial benefit. You may find that higher housing costs alone wipe out your salary increase, leaving you with less money instead of more. And if that's the case, switching jobs within your current city could make a lot more sense.