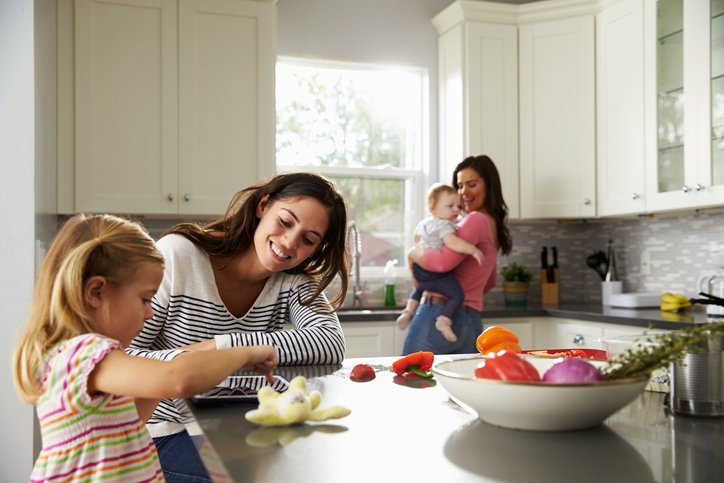 If you have children, a big payment could already be planned for you.

In March, the American Rescue Plan Act authorized stimulus checks of $1,400 per eligible adult and dependent. These payments have already been deposited into the bank accounts of millions of Americans. And many more people will get direct deposits or payments in the mail soon.

This $1,400 direct payment was the third stimulus check authorized since the COVID-19 pandemic began. And many people are hoping for a fourth. Getting another stimulus payment isn't very likely to happen, though.

But the good news is, if you have children, you don't need lawmakers to authorize another coronavirus stimulus bill to get more money from the government. You're likely already entitled to another large payment, part of which could start to come as early as July.

The American Rescue Plan Act didn't just authorize a pandemic stimulus check. It also made a major change to the existing Child Tax Credit. Previously, the credit was for $2,000 maximum, only part of which was refundable. But the American Rescue Plan Act authorized $3,600 tax credits for parents of children under age 6 and $3,000 credits for parents of older kids.

While there are upper income limits for who can get this added Child Tax Credit, there are no limits on the number of children you can claim. If you have two kids under 6, for example, you should be entitled to $7,200 worth of credits, and you could receive more if you have more children.

The American Rescue Plan also requires part of this money to be paid out as an advance, rather than making parents wait to claim it as a credit on their taxes. The law specifies that parents should receive periodic payments between July and December. However, the IRS hasn't yet announced exactly when the money will start coming, saying only that they expect to deliver it "as soon as possible."

These periodic payments will provide eligible parents with half of the full amount they are owed for 2021. They will need to claim the other half of the money when filing taxes (which won't happen for the 2021 tax year until at least January of 2022.) Still, this means that you could start to get additional financial help from Uncle Sam sooner rather than later.

It's not yet clear exactly how the IRS will distribute the Child Tax Credit money, but it is likely they'll use the same method as they did when sending out stimulus checks. This could mean that payments will be deposited into bank accounts or sent through the mail. It's most likely they will come monthly, but that's not definite until the IRS determines a payment plan.

Democrats are also hoping to make this increased credit permanent, which means it's possible that parents will continue getting this money year after year. If that's the case, it could not only be worth more than the $1,400 stimulus check for dependents this year, but it could be a valuable source of aid throughout the years when you're raising your children.