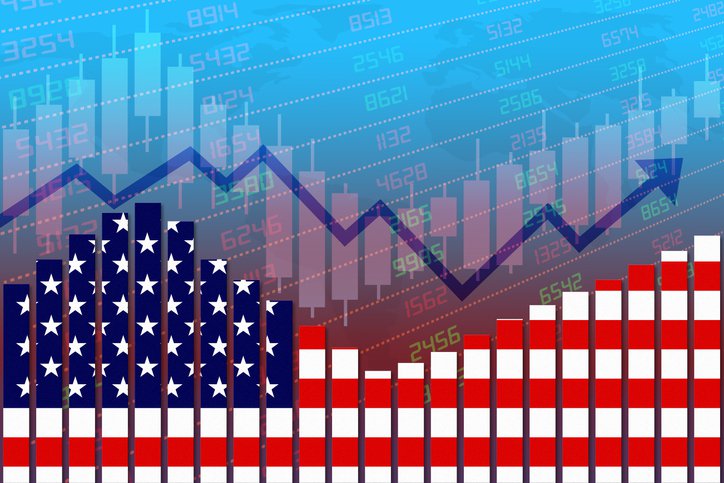 The U.S. economy is currently in shambles. Can a Biden presidency save it?

The U.S. economy has been in a major slump ever since the coronavirus pandemic took hold. Millions of Americans have filed unemployment claims and thousands of small businesses have permanently closed their doors in the last seven months. And as national COVID-19 case numbers surge, health experts are gearing up for that dreaded second wave. Unfortunately, it's likely to hinder the economic recovery we -- and our bank accounts -- so desperately need.

In fact, the state of our economy is one of the most pressing issues in the upcoming presidential election -- that, and how to revive it. President Donald Trump has warned that if former Vice President Joe Biden is elected, he'll shut down the economy and so increase unemployment. But investment banking giant Goldman Sachs feels differently. It argues that a Biden win this November could be just the thing to save the economy.

Will a Democratic sweep dig the U.S. economy out of its current hole?

Goldman Sachs believes a so-called blue wave, in which Democrats gain control of Washington, will help the U.S. economy. It advised clients that a Democratic sweep would see the economy recover more quickly than it would under Republican leadership. Though Biden is proposing higher taxes for corporations, he's also promised a fair amount of government spending. The investment bank thinks that spending, in conjunction with low interest rates, could help bust the economy out of its slump.

Goldman Sachs has also stated that a Biden win would increase the likelihood of a stimulus package worth at least $2 trillion. This could also be instrumental in helping the economy. For months, lawmakers have been haggling over stimulus spending, and Democrats have consistently pushed for a much higher price tag than Republicans. The more money that's pumped into a stimulus deal, the more economic aid Americans will receive.

All told, Goldman Sachs has a lot of faith in Biden's ability to revive the economy, and they're not the only ones. Moody's Analytics also says that our economic outlook is stronger with a Biden win. Specifically, Moody's found that a Democratic sweep has the potential to create 18.6 million jobs -- 7.4 million more than the Republicans. Furthermore, Moody's says the economy could return to full employment during the second half of 2020, which is nearly two years earlier than it would under Trump.

The stakes are high this election season

It's fair to say that 2020 has been a wild and turbulent year. Whoever's elected president will have the daunting task of saving a hammered economy, while also protecting Americans' health in the face of a relentless pandemic.

Those who are planning to hit the polls this election season should read up on both candidates' economic proposals. There are also many other issues that come into play, like housing, crime, climate change, and tax reform. Much of this information can be found on each candidate's campaign site, or by tuning in to the final presidential debate, currently scheduled for Thursday, Oct. 22. That knowledge will put voters in the best position to make informed decisions.