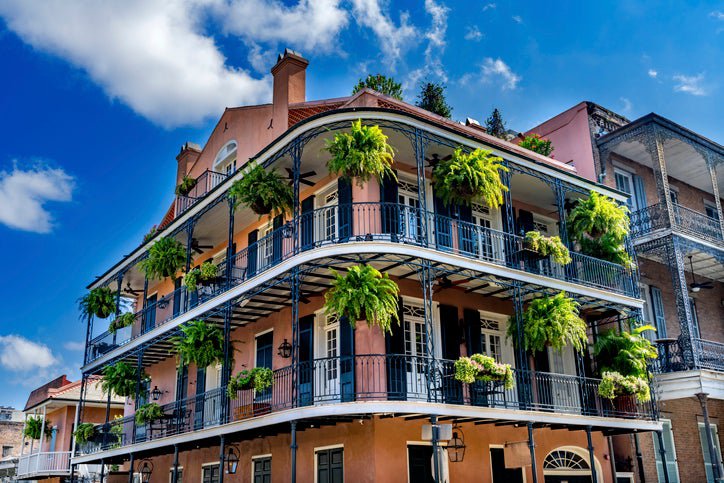 The coronavirus crisis has devastated Americans throughout the country. Millions have lost their jobs in the pandemic, and many who once had savings to fall back on now have nothing.

Recently, lawmakers signed a $900 billion coronavirus relief bill that includes boosted unemployment benefits and $600 stimulus checks. But that may not be enough to help struggling households dig out.

It's for this reason, among others, that one city is taking matters into its own hands. New Orleans is rolling out a guaranteed income program. If it proves successful, it could help residents get closer to attaining financial security.

New Orleans is looking out for its own

While New Orleans residents have taken a hit during the pandemic, the reality is that many were living on the edge financially before the coronavirus outbreak began. It's with this in mind that New Orleans is looking to help its neediest. The city recently secured $500,000 to provide unconditional cash payments to a select group of residents who have yet to be identified. Of course, that sum will only go far enough to help a limited number of people who need assistance, but the hope is to expand on that initial grant in time.

Right now, the city is figuring out which residents will be entitled to that money and how best to distribute it. But New Orleans hopes to complete the selection process and put money into residents' hands by the middle of 2021.

Aid at the right time

It's estimated that 44,000 New Orleans residents are unemployed, and many will face the very real threat of eviction once the current moratoriums are lifted. A guaranteed income program is coming at just the right time.

New Orleans isn't the only city launching this type of initiative. In fact, it's one of nine U.S. cities moving forward with a guaranteed income program under the Mayors For A Guaranteed Income partnership. And some residents of Stockton, California, have already gotten a lifeline in the form of the Stockton Economic Empowerment Demonstration program, which has sent $500 monthly payments to recipients in need.

Guaranteed income programs seem to be growing especially popular in the South, which has some of the highest poverty rates in the nation. Cities launching income program pilots this year include Shreveport, Louisiana; Columbia, South Carolina; Jackson, Mississippi; and Atlanta, Georgia.

Over the past few decades, many low-income families have been hurt by reduced SNAP benefits and housing vouchers. Programs like the one rolling out in New Orleans are designed to keep these households afloat and prevent them from struggling with food insecurity and homelessness -- two big problems that currently plague the nation.

Though New Orleans still has some details to iron out, its guaranteed income pilot should not only help its own residents, but inspire more cities to pursue similar programs. If these initiatives gain traction, it could make a major difference as the country attempts to recover from the devastating impact of the coronavirus pandemic.